As the number of coronavirus cases continues to grow in the U.S., President Donald Trump urged Americans Tuesday to heed his administration's guidelines for responding to the pandemic, calling it "a matter of life and death."

The president's warning came with new projections that there could be 100,000 to 240,000 deaths in the U.S. even if social distancing guidelines are maintained. Public health officials stressed that the number could be less if people bear down on keeping their distance from one another. 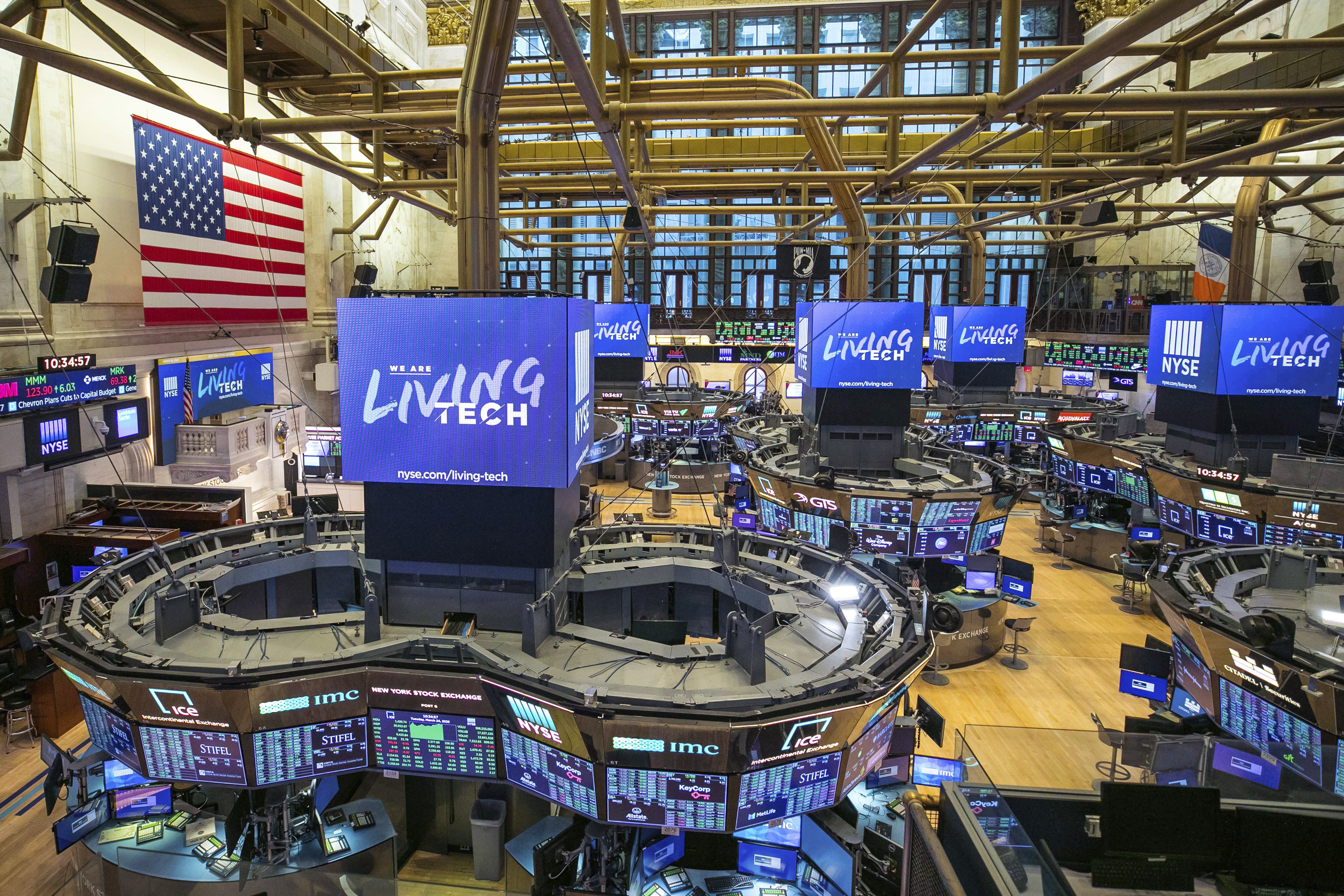 Census Day Arrives With US Almost Paralyzed by Coronavirus

A test confirmed on Tuesday that the newborn was positive for the virus. The victim could be the youngest to die from the disease, according to Lamont.

"This is a virus that attacks our most fragile without mercy. This also stresses the importance of staying home and limiting exposure to other people," Lamont wrote in a statement. "Your life and the lives of others could literally depend on it. Our prayers are with the family at this difficult time."

Lamont initially said the newborn died at six weeks, but later clarified by saying she was seven weeks old at the time of her death.

Facing mounting pressure to curb the rate of infections in his state, Florida Gov. Ron DeSantis issued a statewide "stay-at-home'' order on Wednesday.

The order goes into effect at midnight Thursday and will last for at least 30 days.

DeSantis said the order will “limit movements and personal interactions outside the home” to essential services and activities.

He told reporters that he is issuing the order after consulting with President Donald Trump and White House advisers, who have said that Americans need to stay home throughout April.

"At this point, I think even though there's a lot of places in Florida that have very low infection rates, it makes sense to make this move now," DeSantis said.

The state's confirmed cases are approaching 7,000, with 86 deaths and almost 900 people hospitalized.

Trump Admin. Will Not Reopen Obamacare Exchanges During Pandemic

The Trump administration will not reopen the Obamacare exchanges to allow uninsured Americans to purchase health care coverage during the coronavirus pandemic, NBC News has confirmed.

While the federal exchanges will remain shuttered, individual states like New York and California have reopened their state exchanges for special enrollment periods to address the unprecedented public health crisis

More than 1,400 New York Police Department officers and civilian employees have tested positive for the coronavirus as the city grapples with an outbreak that has infected over 83,000 people and killed nearly 2,000, NBC New York reports.

The department also said that of NYPD’s more than 36,000 employees, 17% is out sick. At least five members of the force have died.

“We are scrambling, but that shouldn’t have a negative connotation. We are able to handle many, many different tasks here. We’re still fighting crime,” said NYPD Commissioner Dermot Shea in an interview on CNN.

Officials from the Fire Department of New York told NBC News on Tuesday that 282 members, including firefighters, EMTs and civilians, have tested positive for COVID-19. At the same time, 911 call volume is hitting record daily highs, the Fire Department said.

“It has been a clearly a difficult time for New York City as a whole. The message is to all New Yorkers that we're all in this together,” Shea added.

Aircraft Carrier Captain Begs Navy for Help With Onboard Outbreak

The captain of a U.S. Navy aircraft carrier facing a growing outbreak of the coronavirus is asking for permission to isolate the bulk of his roughly 5,000 crew members on shore, which would take the warship out of duty in an effort to save lives.

In a memo to Navy leaders, the captain of the USS Theodore Roosevelt said that the spread of the disease is ongoing and accelerating and that removing all but 10% of the crew is a “necessary risk” in order to stop the spread of the virus. The ship is docked in Guam.

Navy leaders on Tuesday were scrambling to determine how to best respond to the extraordinary request as dozens of crew members tested positive.

“We are not at war. Sailors do not need to die. If we do not act now, we are failing to properly take care of our most trusted asset our sailors," said Navy Capt. Brett Crozier in a memo obtained by The Associated Press.

The Department of Defense released a timelapse of the USNS Comfort arriving in New York City.

Cruise Ship Passengers Plead With Florida to Let Them In

Passengers from an ill-fated South American cruise are eager to disembark once they reach Florida, but Gov. Ron DeSantis said the state's health care resources are already stretched too thin to take on another ship's coronavirus caseload.

After being turned away from several countries, the Zaandam and its sister ship the Rottendam, which took on 1,400 asymptomatic passengers from the Zaandam, are scheduled to reach Fort Lauderdale by Wednesday.

Four people have died on the the Zaandam, at least two from the coronavirus, nine others have tested positive and 179 others are experiencing flu-like symptoms.

"These are real people, who are getting sick and who are away from families and proper care," said Anderson. "How many people have to die on this ship before they realize we need to get off?"

The U.S. State Department is warning U.S. citizens against traveling by cruise ship due to the coronavirus outbreak.

The coronavirus in the U.S. reached a grim milestone on Wednesday morning with more than 4,000 deaths reported nationwide, according to Johns Hopkins. Of the 4,081 deaths, 1,096 of them were in hard-hit New York City.

ore than 3,500 Americans have now succumbed to the deadly COVID-19 virus, and governors from Maryland to Montana say they can't get enough testing kits to adequately track the spread of the disease.

Russia Sends Plane Full of Medical Supplies to US

A Russian military aircraft loaded with medical supplies took off from Moscow early on Wednesday morning bound for the United States, according to the Russian defense ministry.

Footage from the Russian Defense Ministry showed boxes of medical equipment inside an Antonov An-124 Ruslan aircraft at Moscow's Chkalovsky Airbase.

The delivery followed a phone call between Russian President Vladimir Putin and U.S. President Donald Trump on Monday, where the two leaders discussed cooperation in the fight against the coronavirus pandemic.

The Henry Ford Health System in Detroit, Michigan, says it has used hydroxychloroquine to treat some 800 patients since March 1. Half of those patients were at Henry Ford Hospital, the rest were at the group's four other hospitals.

Hydroxychloroquine is a drug used to treat and prevent malaria. It is not yet proven to treat or cure the coronavirus.

Biden Suggests There May Not Be Physical Democratic Convention

There may not be a physical Democratic national convention this year because of the coronavirus pandemic, former vice president and current Democratic presidential candidate Joe Biden suggested Tuesday.

"It's hard to envision that," Biden told MSNBC's Brian Williams when asked whether he could see prominent Democrats from around the county gathering in an arena for the convention, which is scheduled for July.

Biden said officials should listen to the scientists when making decisions.

"The fact is, it may have to be different," Biden said. "My guess is, there's going to be a great deal more absentee balloting, we used to call it, but paper ballots." He also said that the situation could change by then.

Biden has had a surge of primary victories, but his rival Sen. Bernie Sanders, I-Vt., is still in the race.  Sanders earlier this week told "Late Night" host Seth Myers that "there is a path" to the nomination, though "admittedly a narrow path."