The United States, Brazil and India top the list with the highest number of cases

The university’s tally as of Saturday night says the United States tops the list with 140,103 deaths. It is followed by 78,772 fatalities in Brazil and 45,358 in the United Kingdom.

The number of confirmed infections worldwide has passed 14.2 million, out of which 3.7 million are in the United States. There are over 2 million in Brazil and more than 1 million in India. 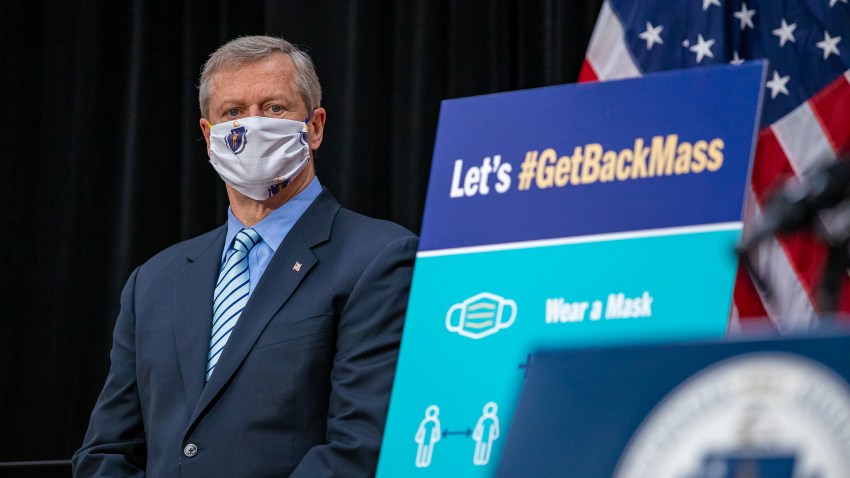 The World Health Organization again reported a single-day record of new infections with 259,848.

Here are the latest updates on the coronavirus pandemic in the U.S.:

Mayor Eric Garcetti conceded Sunday that Los Angeles eased COVID-19 restrictions too quickly and again warned that the city was “on the brink” of new shutdown orders as the coronavirus continues to surge in California.

Appearing on CNN, Garcetti was asked about an LA Times editorial that criticized the rapid reopening of California — which was followed by a spike in new COVID-19 cases.

Garcetti said the decisions were made at the state and county levels, but said that LA officials wouldn’t hesitate to implement new stay-at-home orders if the numbers don’t turn around.

Major companies are keeping their employees in the dark on just how prevalent the virus is in their warehouses, stores and meatpacking plants. That has left workers to become amateur sleuths in their spare time. Unions and advocate groups have taken up the cause, too, creating lists or building online maps of stores where workers can self-report cases they know about.

The numbers are publicized by the unions and labor groups and used to organize worker protests. But mainly, the reason for collecting them is so that workers can make decisions about their health.

No names are included, and those keeping track say their numbers likely reflect far fewer cases than there actually are. Companies typically notify employees if they may have been exposed to the virus by a coworker but critics claim they won’t reveal the totals because it could spook workers and turn off customers.

Companies have no legal obligation to publicly reveal how many of their workers have contracted the virus, and few are doing so.

Employers do have to provide a safe working environment, which means they must alert staff if they might have been exposed to the virus without revealing the name of the person who tested positive, according to guidelines from the Occupational Safety and Health Administration, the federal agency that enforces workplace safety. They are also obligated to keep track of COVID-19 infections contracted on the job, and must report to OSHA if there is a hospitalization or death related to the disease.

Arizona health officials are reporting 31 more deaths from the coronavirus. State Department of Health Services data shows the statewide death toll due to COVID-19 is 2,761 as of Sunday.

There have been more than 143,600 confirmed cases. Gov. Doug Ducey lifted stay-home orders and other restrictions in May and the state became a national hot spot for reported cases.

In June, Ducey authorized local governments to impose mask requirements to reduce the spread of the coronavirus, and many have done so.

WHO Posts 2nd Daily Record for New Cases in Row

The WHO on Friday posted more than 237,000 confirmed cases around the world. The back-to-back records come as many nations struggle with new waves of infections after loosening lockdown restrictions.

Data compiled by Johns Hopkins University show more than 14 million cases worldwide since the start of the pandemic, with nearly 600,000 deaths.

Millions of children in the U.S. learned Friday that they're unlikely to return to classrooms full time in the fall because of the coronavirus pandemic as death tolls reached new highs.

California Gov. Gavin Newsom laid out strict criteria for school reopenings that make classroom instruction unlikely for most districts. The Democrat's rules mandate that students above second grade and all staff wear masks.

Texas gave public schools permission to stay closed for more than 5 million students well into the fall. Under the guidelines, schools can hold online-only instruction for up to the first eight weeks, potentially pushing a return to campus in some cities until November.

Most Chicago children would return to the classroom just two days a week and spend the other three days learning remotely under a tentative plan outlined by officials from the nation’s third-largest school district. A final decision for fall classes for the district’s more than 300,000 students won’t come until late August.

Iowa Gov. Kim Reynolds, a Republican, announced she will override school districts and require students to spend at least half of their schooling in classrooms, drawing criticism from the state teachers union.

Another New High Set for Virus Patients in Georgia Hospitals

Large numbers of infections keep getting confirmed every day, more people keep being hospitalized, and deaths are climbing as the coronavirus continues its march through Georgia.

Wednesday's numbers showed nearly 2,800 people hospitalized statewide with the COVID-19 respiratory illness, the highest on record and a number that's nearly doubled since the beginning of the month. The state reports 84% of hospitals' available critical beds are in use, although some hospitals say they have opened up more space and have more room.

Georgia overall had nearly 128,000 confirmed infections and nearly 3,100 deaths overall as of Wednesday, although experts say many more people get the illness but are never tested. For most people, the new coronavirus causes mild or moderate symptoms. Most recover, but some can become severely ill or die.

The state has been seeking new hospital beds to handle the record-setting number of people admitted with the virus. Gov. Brian Kemp's administration on Tuesday signed a deal with Piedmont Healthcare, one of four large hospital systems in the Atlanta area, to open 62 beds in a new tower at the system's main Atlanta hospital. The state is providing nurses to staff the beds off a contract with a private staffing company. A Kemp spokesperson on Wednesday could not immediately say how much the state was paying Piedmont or how long the deal would last.

The White House insists it’s giving states whatever they need. But public health experts say the testing system is in shambles and federal leadership is lacking. Trump's persistent salesmanship about the prowess of testing in the United States is colliding with a far different reality for those affected by the explosion in coronavirus cases.

The long lines and processing delays are contributing to the virus’ spread and upending plans to reopen stores, schools and other activities that are vital to the economic rebound that Trump himself is intent on bringing about.

“We have the best testing in the world,” the president insisted Tuesday. He falsely claimed “the cases are created because of the fact that we do tremendous testing.”

But U.S. testing on a per-capita basis lags other countries that have done a far better job of controlling their outbreaks. And state, local and federal officials are warning of the consequences of testing bottlenecks — including tests rendered useless because results come too late.

“It’s essentially worthless to have a test result that comes back after 48 hours,” said Dr. Leana Wen, an emergency physician and public health professor at George Washington University who previously served as Baltimore’s health commissioner. She explained that after that time, the window to begin contact tracing and prevent additional infections has essentially closed.

“We are nowhere near being able to rein in this virus with the amount of testing we have available at the moment,” she added. “Testing is the linchpin.”

MLB's Testing Sweep Brings Some Success But Optics Are Issue

Major League Baseball's COVID-19 testing sweep appears to be having some success even as large swaths of the United States continue to struggle with containing the fast-spreading virus.

MLB and the players' union released statistics Friday saying six of 10,548 samples were new positives in the week ending Thursday, a rate of 0.05%. In addition to five players, one staff member tested positive.

That's fairly good news for a sport that's trying to begin its abbreviated 60-game schedule next week. But players and coaches are also aware that the optics of baseball's relative testing success — especially in hard-hit states like Arizona, California, Texas and Florida — might not be ideal considering demand for tests has sometimes been higher than the supply for the average person.

“If they’ve deemed that players being tested is necessary to provide jobs, opportunity, entertainment, TV, all that’s going on -- if they think that’s really valuable -- then they’ve weighed it’s important for us to be tested this often for the season to happen,” Marlins pitcher Adam Conley said. “But it makes me sad if someone is desiring or needing to be tested and doesn’t have the means to get that. It’s heartbreaking.”

MLB is trying to ensure its nearly 10,000 weekly tests don’t strain public resources by using private facilities. The avalanche of tests has allowed the sport to keep on top of potential outbreaks.

This chart shows the cumulative number of cases per state by number of days since the 50th case.

Atlanta Mayor Keisha Lance Bottoms said Friday that she thinks it’s no coincidence that Georgia’s governor filed a lawsuit against her over her city’s mask requirement a day after she said President Donald Trump violated it during his visit Wednesday.

“This filing of a lawsuit is simply bizarre, quite frankly,” Bottoms, a Democrat, said in an interview with NBC’s TODAY show.

The lawsuit, which comes amid a sharp rise in COVID-19 cases in the state, argues that Bottoms exceeded her authority in issuing orders in response to the coronavirus that stricter than those imposed by the state government.

Bottoms said she thinks Republican Gov. Brian Kemp “is putting politics over people,” adding that the governor didn’t know until well into the pandemic that coronavirus could be spread through asymptomatic carriers. In an interview on CBS "This Morning," Bottom said Kemp “is a Trump loyalist and he seems to work very hard to please the president of the United States, and that is often at the expense of the people in our state.”

Kemp defended the lawsuit during a press conference Friday morning, accusing Atlanta officials of playing politics and not enforcing state orders already in effect. Kemp said the lawsuit was filed “on behalf of business owners, their employees and hardworking Georgians throughout the region who continue to struggle to make ends meet.”

“The governor has simply overstepped his bounds and his authority, and we'll see him in court,” she said, adding, “I absolutely think that I will prevail.”