‘Save Our School, Please!' Vt. Students Plead for Lifeline for State Colleges Eyed for Closure

Citing massive financial stresses brought on by COVID-19, the chancellor of the Vermont State Colleges has called for the closures of three campuses—believing doing so will shore up other parts of the state's public higher education system.

A vote on the proposal initially scheduled for Monday has been postponed.

"The truth is also that without making an extremely distasteful decision, the consequences will be worse," warned VSC Chancellor Jeb Spaulding, who acknowledged in a board of trustees meeting Monday that the move would be painful to many across Vermont.

The system's trustees are now weighing whether to close Northern Vermont University in both Johnson and Lyndon, as well as Vermont Tech in Randolph. Operations would be consolidated to campuses in Castleton and Williston, Spaulding has proposed.

"Our students' confidence is forever shattered," said Jessica Stravinsky, an instructor in restorative criminal justice and sociology at NVU in Lyndon.

Stravinsky was among the demonstrators participating in a more than hour-long protest in their vehicles Monday in downtown Montpelier.

"Save our school, please," one passenger yelled out the window of a participating car.

Protestors honked their car horns, revved engines, flew flags and held signs. The badger mascot of Northern Vermont University in Johnson even made an appearance, popping his head out of a car's sunroof.

"It's a shame," said NVU humanities professor Alexandre Strokanov. "It's murdering the future of this state with this policy of higher education."

Chancellor Spaulding explained finances were on thin ice before COVID-19, pointing out there just weren't enough VSC students, given the system costs and state funding levels. 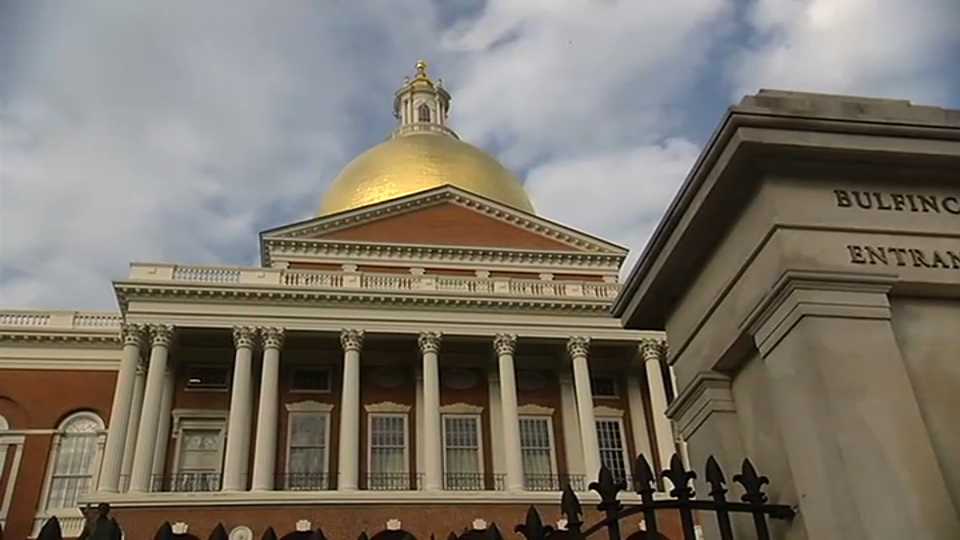 Slope of COVID-19 Curve in Vt. Continues to Plateau Despite New Deaths

With the pandemic forcing switches to remote learning and hefty refunds for room and board, Spaulding has projected the state colleges will run out of money by June.

The chancellor told the trustees Monday he believes the proposed closures would preserve and strengthen remaining pieces of the state college network.

"I think a lot would be lost," observed Journi Luten, who is studying agriculture at VTC in Randolph.

Some 500 jobs would be cut, Spaulding projected, in small communities where the schools are backbones.

"NVU is literally my home," NVU senior Emily Robinson told NECN and NBC10 Boston. "These people are my family. Taking that away would take away every sense of security that I've had."

Robinson and other participants in Monday's noisy demonstration said they hope Vermont can somehow find another way forward.

"Some of the decisions we're going to have to make over the coming months may be as difficult if not more difficult than we've made thus far," observed Gov. Phil Scott, R-Vermont, noting directing additional funds into a system with structural financial challenges may not be a feasible path.

As for the Democrats who lead the House and Senate, House Speaker Mitzi Johnson and Senate President Pro Tempore Tim Ashe, they have acknowledged changes may be needed but said access to higher education is critical to creating opportunities, especially in rural Vermont.

Late Monday, Sen. Bernie Sanders, I-Vermont, issued a statement in support of the move to delay the closure vote.

"While Vermont is particularly hard hit, we are not alone in this crisis facing higher education," Sanders wrote in the statement. "Colleges in states all over the country are suffering and the federal government is going to have to play a much more active role in supporting these vital institutions. As a member of the U.S. Senate Committee on Education, I intend to play an active role in that process."