While officials don't see a safe way to allow wrestling and indoor track, Vermont's Sports Task Force is working to find a path forward for basketball and hockey

Winter sports likely won't start until after Thanksgiving at schools in Vermont as officials push back the release of related guidelines.

Since most winter sports are held indoors, the considerations are "more complex" and "more problematic" than fall sports, Vermont Education Secretary Daniel French said Friday. Therefore officials are now pushing back their release of the guidelines, initially scheduled to be released on Oct. 15, to the end of the month.

This means practices for winter sports will likely start after Thanksgiving and games and competitions will likely begin after the first of the year. Winter Sports guidance will include provisions that are general to all winter sports, as well as rules that are specific to each sport. Some sports appear to already be out of the question.

"At this point, I'm not optimistic about our ability to allow wrestling and indoor track this winter," French said, noting the dangers of spreading coronavirus through close contact and large groups congregating indoors.

The Task Force is still working to find a path forward for other winter sports including basketball and hockey, French said. Officials are also updating their general coronavirus safety guidance for schools.

More schools in Vermont are moving to in-person learning, including Burlington Public Schools, which announced this week that its elementary schools are moving to four days a week of in-person instruction.

"I think we all agree there's no substitute for in-person learning, so the fact that we're getting this right, getting kids back into the classroom with your peers and managing the risk of this virus is one of the proudest achievements since all this began," Vermont Gov. Phil Scott said Friday. "This is exactly what we had hoped for proving schools can reopen safely, which increases the amount of time kids could be in the classroom."

More data on the level of in-person and online learning taking place in schools throughout the state is expected to be released next week.

Vermont reported 1,838 cases of coronavirus Friday and no deaths.

A COVID-19 outbreak among workers at one of Vermont's best known apple orchards appears to be contained, health officials said Tuesday.

Meanwhile, health officials continue to address a COVID-19 outbreak at a well-known apple orchard in Addison County, which they said has been contained to the site.

Of the 101 farm workers who were tested at Champlain Orchards in Shoreham, 28 had positive results, Health Commissioner Mark Levine said. They are conducting another round of testing Friday. The workers who tested positive are in isolation and no one has been hospitalized.

The outbreak contributed to the biggest one-day increase in cases since June 3, with health officials reporting 33 positive results in a state with a consistently low infection rate.

The apple pickers arrived Sept. 14 and were in quarantine when the Health Department learned one of them had tested positive, officials said. They arrived at New York's Kennedy Airport and took a bus together to Vermont.

The staff the Shoreham growers use are from Jamaica, and are in Vermont legally through a federal visa program, according to the Vermont Agency of Agriculture.

State officials made it clear to consumers that fruit from the location is absolutely safe to eat. 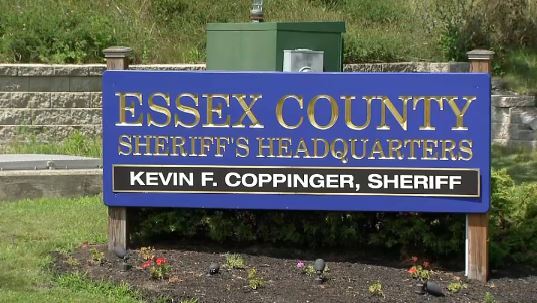 Over 100 Inmates Test Positive for Coronavirus at Middleton Jail