Over 48,000 people have received the coronavirus vaccine in Vermont to date, officials said Friday

Vermont officials explained why hundreds of doses of Moderna's coronavirus vaccine, initially said to be spoiled, are actually safe to be used Friday as thousands of seniors continue to get vaccinated.

Health officials initially reported that approximately 860 doses of Moderna's coronavirus vaccine have gone to waste after being stored just one degree lower than required at Springfield Hospital in Vermont Wednesday.

But the Health Department sent out a release late Thursday stating that Moderna informed them that all of the vaccine doses were, in fact, effective and safe for use.

"On Wednesday, we made a game time call on what to report to you at this press conference on the situation at a Springfield Hospital," Human Services Secretary Mike Smith said Friday. "We could have done one of two things, not mentioned at the press conference, or disclose it with everything that we knew at the time. We chose transparency."

The doses, which must be kept at eight degrees, were stored in nine degree temperatures. The standard recommendation from the manufacturer is to waste doses, Smith explained, but after further review, state, hospital and Moderna officials determined they were safe to use.

"Moderna informed me and the Health Department that all of the vaccine doses are indeed effective and safe for use," Health Commissioner Dr. Mark Levine said Friday. "We want the public to know that they can have confidence in the vaccine, and in Springfield Hospital. We appreciate the hospital's proactive efforts in alerting us about the situation and working with us during this review."

The Health Department was slated to conduct a site visit as well.

As of Wednesday morning, 99 or 0.1% of doses in the state were considered non-viable or wastage, according to officials.

"Believe me, the last I wanted to report was news that we may have to waste 860 doses of COVID-19 vaccine, especially when we had such a good track record a minimizing dosage loss, but I thought it was important to be upfront with what we knew at the time," Smith said. "I am pleased that we'll be able to use most of these doses."

Meanwhile, over 48,000 Vermonters received vaccines as of Friday, with 32,952 getting their first dose and 15,400 their second dose. Vermont has registered 32,556 people 75 years or older, who are scheduled for their first dose of COVID-19 vaccine over the next five weeks.

Officials anticipate administering the first dose to all in that age demographic in about five weeks. They estimate that the top three priority age groups; 75, years old and older, 70 years and older and 65 years and older will have their first dose by the end of the winter or beginning of spring. Many will have received their second dose as well.

"We've been very clear about why we're using a vaccine-by-age strategy, because the science and data is real. The older you are, the more likely you are to die if you contract this virus," Gov. Phil Scott said Friday.

Addressing concerns he said he's heard from people who want to vaccinate younger people first, Scott said, "Look, I understand how anxious, everyone is and how anxious they are for everything to get back - closer - to normal, but we feel strongly that our goal should be reducing hospitalizations and deaths rather than prioritize lower risk groups."

Officials urged Vermonters 75 years or older who have not registered for the vaccine to do so by going online or calling the state's registration call center at 855-722-7878.

Vermont has been reporting between 78 and 133 cases over the past three days, according to Levine. The state's seven day average continues to trend slightly downward, in the low 130 range, with a positivity rate of 2.2%. The state reported 59 hospitalizations Thursday, which is showing an uptick.

A number of college athletic teams have had outbreaks and paused their seasons as a result, including UVM Casselton and Norwich University, which has reported over 80 cases.

Health officials continue to deliberate about whether to allow public schools to hold competitions and games for winter sports as well as guidance for music. 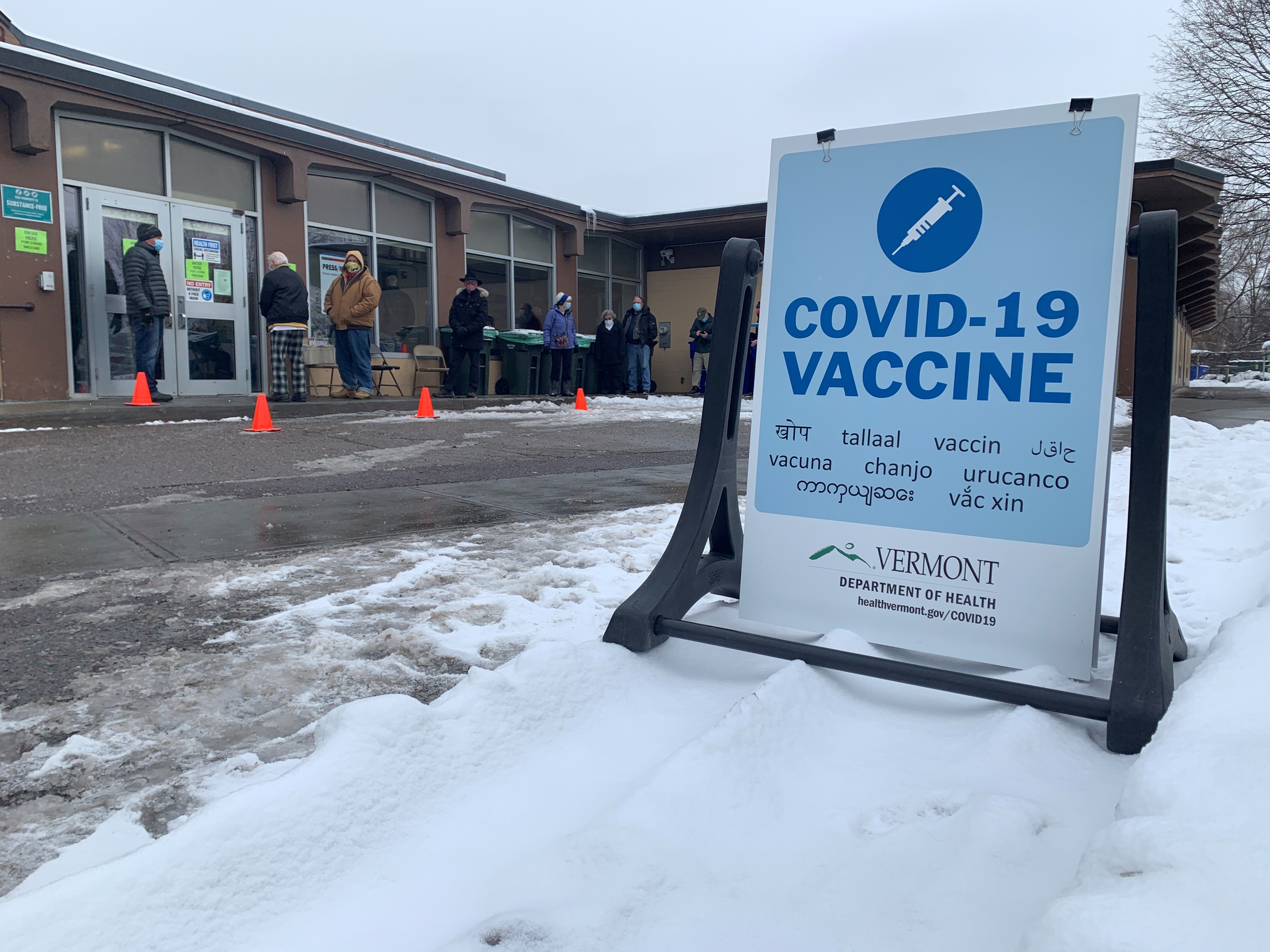 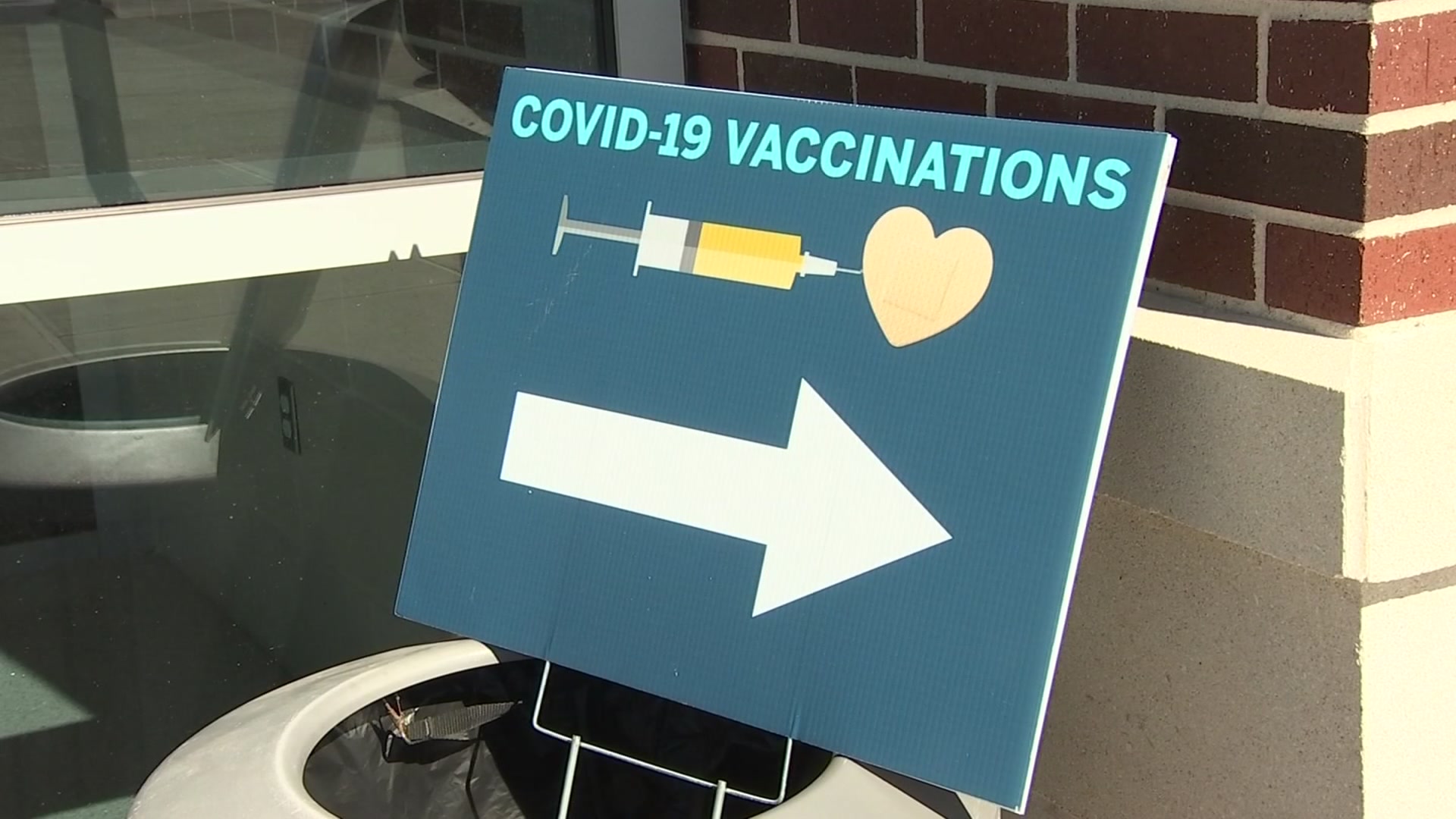