The number of people infected with the novel coronavirus connected to Tri-Town Baptist Church and The Big Moose Inn in Millinocket has now reached 87, the Maine CDC says

Almost three weeks after a wedding reception in rural Maine, the number of COVID-19 cases associated with a wedding and reception has now reached 87.

Those who contracted the virus and one who died had attended a wedding Aug. 7 at the Tri-Town Baptist Church in East Millinocket and a reception at The Big Moose Inn in Millinocket, Maine Center for Disease Control and Prevention Director Dr. Nirav Shah said Thursday in a virtual media briefing.

Shah also announced that the outbreak had spread to other facilities including the Maplecrest Rehab & Medical Center in Madison as well as the York County Jail in southern Maine.

"What concerns me in this situation is the fact that the number of individuals was higher than we anticipated," Shah said of the primary cases from the wedding and reception. "It suggests that there was already transmission happening in Penobscot County."

Of the 87 people infected, 30 are primary cases and 35 are secondary cases, defined as people who come in close contact with someone who attended the wedding and reception. Twenty-two cases are tertiary, those who closely contacted secondary cases, Shah said.

As of Thursday afternoon, nine of the cases were at the Maplecrest Center and 18 cases are people connected to the jail including nine staff members of the jail, two staff members in the complex and seven cases among inmates. 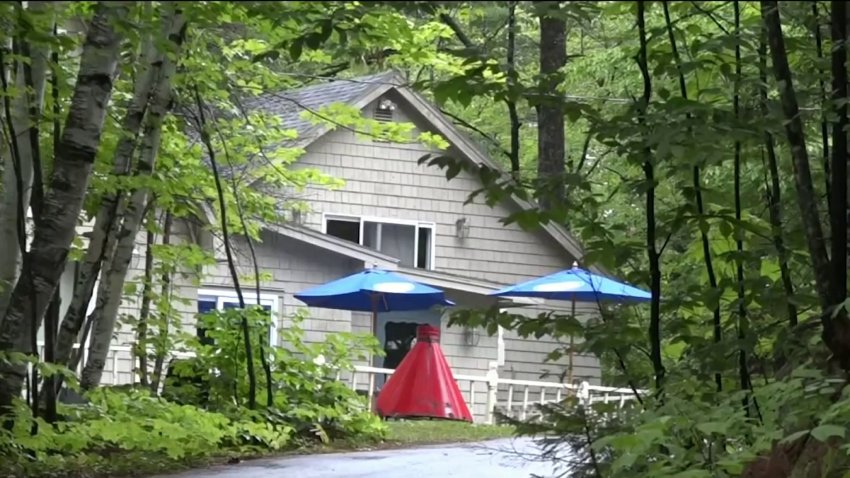 Though the outbreak had spread to impact people hundreds of miles away from where it started, Shah said he was somewhat encouraged that contact tracing began in a relatively immediate fashion after a person at the wedding reception reported symptoms. That in turn has aided in tracking the virus.

"We got our heads around this really quickly," Shah said.

He added than an investigation into what safety policies to prevent COVID-19 spread were followed by individuals at the York County Jail is now underway.

The inn had been issued an imminent health hazard citation as a warning last week but further violations surfaced.

"There was a return site visit in which there were continued deficiencies so we have suspended the license for the Big Moose Inn," Lambrew said.

Going forward, Lambrew explained the inn could be issued a fine if a third violation is found.