Boston's 1,300 highest-need students are still learning in-person if their parents so choose, but the teachers union sought to make working in classes optional while the coronavirus positivity rate tops 4%

A judge on Wednesday denied the Boston Teachers Union's request for an order that would allow teachers at Boston Public Schools to work from home if they want to amid high levels of coronavirus transmission.

After a hearing held over Zoom, Suffolk Superior Court Judge Robert Gordon found that it was in the public's interest to get teachers and students back in the classroom.

"In these circumstances, the court finds the injunction sought by [the union] is not consonant with the public interest," he wrote.

Earlier this month, Boston officials had delayed plans to reopen schools in the city because the coronavirus positivity rate hit 4%. But the 1,300 highest-need students, who returned to class earlier this month, are still learning in-person if their parents so choose.

The union sought an injunction to stop in-person classes, claiming the city wasn't standing by an agreement to move to remote learning if the coronavirus infection rate rises above 4%.

Although a decision has yet to be made, a judge on Wednesday heard arguments by the Boston Teacher's Union's saying schools aren't safe for in-person learning.

While the agreement states that teachers in the union have the option of working remotely when the COVID positivity rate tops 4%, they are expected to return to buildings when authorities say it's safe to reopen, according to the city.

Both the union and the city made arguments centering around the 4% threshold.

Teachers were briefed on the ruling Wednesday evening, with the union's lawyers saying the legal battle is not yet over and that it will continue to pressure Boston Public Schools and the city to keep teachers safe.

"Safe staffing ratios and reducing the viral footprint are still possible with or without an injunction if the district works with us to formulate the safest possible plan," read part of a union statement.

"The right thing right now is having school for the highest-need students. If the numbers get to a point where it's dangerous, then we will do the right thing and postpone school down the road," Walsh said.

Boston Mayor Marty Walsh continues to argue that public schools should remain open for high-needs students as the Boston Teachers Union files an injunction to halt in-person learning amid the coronavirus pandemic.

While the union argues that it’s unsafe for teachers to return to classrooms, some parents say in-person learning is essential for students with special needs.

“This is simply not a choice for our students," mother Kelsey Brendel said. "It’s an absolute necessity and we thank them for signing up to do the job that we can’t do.”

The group said it would stand by any teachers who don't feel it's safe to return to work and face repercussions, and urged members to reach out to Walsh, Superintendent Brenda Cassellius and the school committee chair to voice their concerns.

Preschoolers and kindergartners who were supposed to report to school the week of Oct. 15 are now scheduled to start Oct. 22 instead. Grades 4 through 8 are slated to transition to a hybrid model the week of Nov. 5, and grades 9 through 12 the week of Nov. 16. 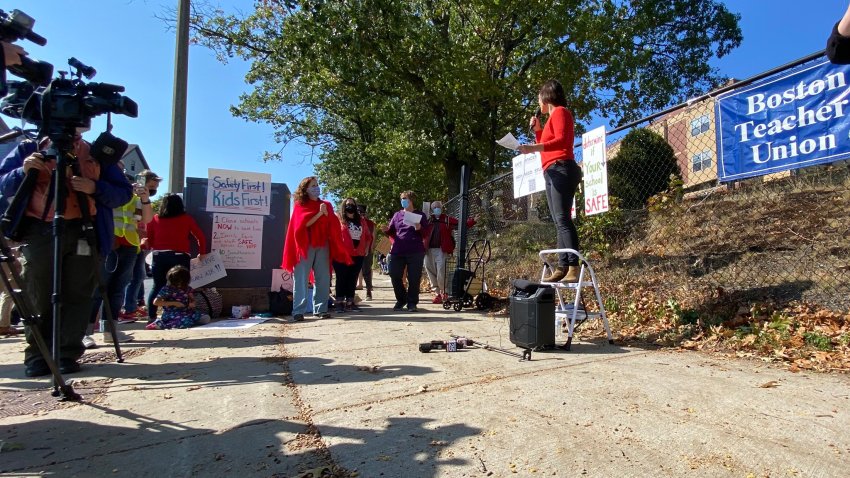 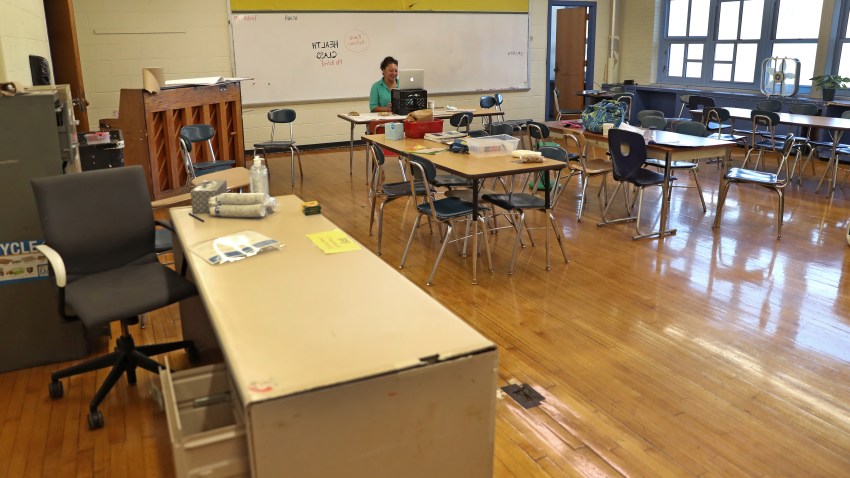