One woman was reportedly pinned underneath the vehicle, suffering serious injuries

Two people were seriously injured when a car slammed into a bus stop in Lynn, Massachusetts on Tuesday.

The accident was reported shortly after 12:25 p.m. on the Lynnway northbound at Harding Street, according to state police. They said a 2009 Hyundai Accent veered off the road and crashed into two pedestrians at a covered bus stop for reasons that are still under investigation.

State police said a 54-year-old woman was flown to Massachusetts General Hospital by a medical helicopter for treatment of serious, life-threatening injuries suffered in the crash. The second victim, a 74-year-old man, was taken by ambulance to Salem Hospital with serious injuries. 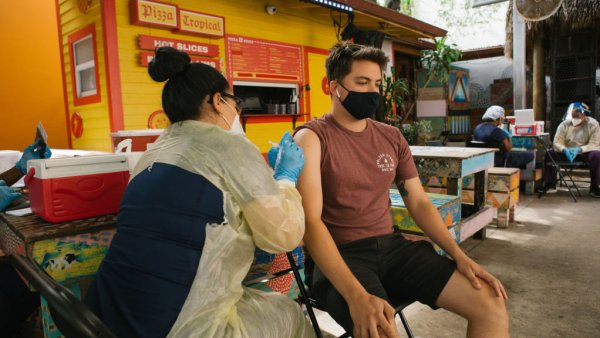 The driver of the car that hit them, a 32-year-old Lynn man, was taken by ground to Massachusetts General Hospital with minor injuries.

The cause of the crash is not yet known. Lynn fire officials said its possible the driver had a medical emergency.

"I tried to help and push the car back because I saw lady on ground and underneath car and everybody tried to push car back," said Dasilva.