The shooter and the fiancée's father were both fatally wounded in the ordeal, according to the Bristol County District Attorney's Office

Two people are dead and another two are wounded after a man in Fall River, Massachusetts, shot three members of his fiancée's family before shooting himself, prosecutors in Bristol County announced Wednesday.

Christopher Jean Baptiste, 25, fatally shot his fiancée's father, and wounded her mother and sister, according to the Bristol County District Attorney's Office.

The fiancée's father who was killed has been identified as 69-year-old Hubert Labasquin. The 25-year-old sister and 59-year-old mother were both taken to St. Luke's Hospital in New Bedford and are expected to survive.

Police in Fall River got a 911 call from the fiancée of the suspected shooter just after 3 a.m. Wednesday. The shooting happened at their home on Bank Street.

Prosecutors believe the fiancée's family had been staying with the couple at Jean Baptiste's Bank Street home for the past several months, while they were looking for another place to live.

On Tuesday night, Jean Baptiste told his fiancée he was unhappy that her family was still staying at the home, the DA's office said. Later that evening, he told the fiancée her family had to leave the house immediately, while holding a gun, authorities said. Shortly after, there was a physical struggle between Jean Baptiste and Labasquin, which is when Labasquin was shot, the DA's office said.

While the fiancée was calling 911, Jean Baptiste shot her mom and sister, and then shot himself, Bristol County authorities added.

State police had originally stated the man shot his fiancée, instead of his fiancée's sister.

An investigation remained underway Wednesday by prosecutors and state police, but the shooting shocked people who live in the area.

Christine Fernandes, who lives just feet away from where the shooting happened and knows the family, said she woke up to find blood on her front door. She was leaving to take her kids to school when she turned around to shut the door and spotted the blood.

“It's not something you want to wake up to,” Fernandes said. "There was blood on the doorbell, and the door frame, and on the glass."

"I was taken back by it. I was shocked. It just makes me, makes my mind run thinking like who was at the door, why?” she added. "Kind of freaks me out knowing that somebody was at my door step and there’s blood everywhere.”

Fall River Mayor Paul Coogan said this was "a domestic dispute that went bad," adding that he doesn't believe any of the city's residents were in threat.

Jean Baptiste had a license to carry the firearm, authorities said. 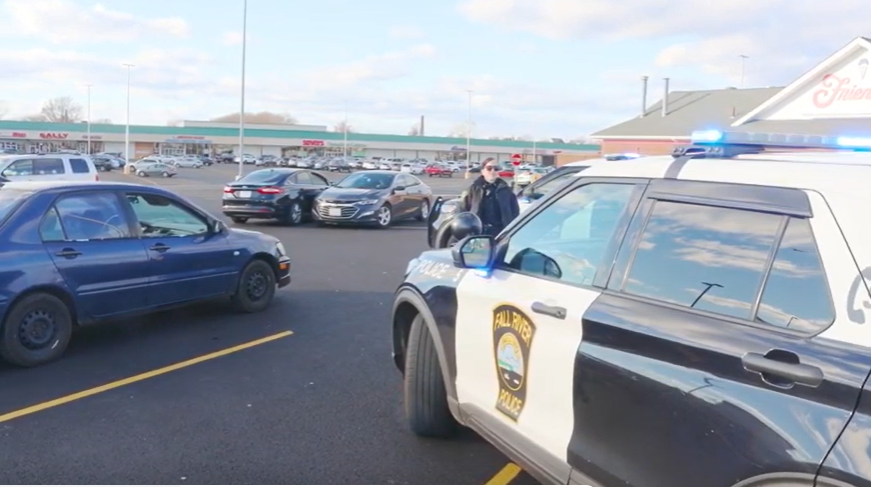 Fall River Police Looking for Man in Connection to Shooting