WEST PALM BEACH, Fla. (AP) - Clarence Clemons, the
larger-than-life saxophone player for the E Street Band who was one
of the key influences in Bruce Springsteen's life and music through
four decades, has died. He was 69.

Clemons was hospitalized about a week ago after suffering a
stroke at his home in Singer Island, Fla. He died of complications
from the stroke, spokeswoman Marilyn Laverty said Saturday.

Known as the Big Man for his imposing 6-foot-5-inch, 270-plus
pound frame, Clemons and his ever-present saxophone spent much of
his life with The Boss, and his booming saxophone solos became a
signature sound for the E Street Band on many key songs, including
"Jungleland," a triumphant solo he spent 16 hours perfecting, and
"Born To Run."

state of emergency 5 mins ago

State of Emergency Ends in Mass. 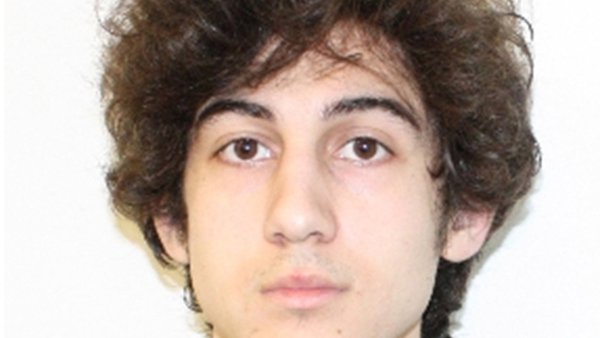 In recent years, Clemons had been slowed by health woes. He
endured major spinal surgery in January 2010 and, at the 2009 Super
Bowl, Clemons rose from a wheelchair to perform with Springsteen
after double knee replacement surgery.

But his health seemed to be improving. In May, he performed with
Lady Gaga on the season finale of "American Idol," and performed
on two songs on her "Born This Way" album.

Clemons said in a 2010 interview with The Associated Press then
that he was winning his battles - including severe, chronic pain
and post-surgical depression. His sense of humor helped.

"Of all the surgeries I've had, there's not much left to
operate on. I am totally bionic," he said.

"God will give you no more than you can handle," he said in
the interview. "This is all a test to see if you are really ready
for the good things that are going to come in your life. All this
pain is going to come back and make me stronger.

An original member - and the oldest member - of the E Street
Band, Clemons also performed with the Grateful Dead, the Jerry
Garcia Band, and Ringo Starr's All Star Band. He recorded with a
wide range of artists including Aretha Franklin, Roy Orbison and
Jackson Browne. He also had his own band called the Temple of Soul.

The stage "always feels like home. It's where I belong,"
Clemons, a former youth counselor, said after performing at a Hard
Rock Cafe benefit for Home Safe, a children's charity, in 2010.

Born in Norfolk, Va., Clemons was the grandson of a Baptist
minister and began playing the saxophone when he was 9.
"Nobody played instruments in my family. My father got that bug
and said he wants his son to play saxophone. I wanted an electric
train for Christmas, but he got me a saxophone. I flipped out," he
said in a 1989 interview with the AP.

He was influenced by R&B artists such as King Curtis and Junior
Walker. But his dreams originally focused on football. He played
for Maryland State College, and was to try out for the Cleveland
Browns when he got in a bad car accident that made him retire from
the sport for good.

His energies then focused on music.

In 1971, Clemons was playing with Norman Seldin & the Joyful
Noise when he heard about rising singer-songwriter named
Springsteen. The two hit it off immediately and Clemons officially
joined the E Street Band in 1973 with the release of the debut
album "Greetings from Asbury Park."

Clemons emerged as one of the most critical members of the E
Street Band for different reasons. His burly frame would have been
intimidating if not for his bright smile and endearing personality
that charmed fans.

"It's because of my innocence," he said in a 2003 AP
interview. "I have no agenda - just to be loved. Somebody said to
me, `Whenever somebody says your name, a smile comes to their
face.' That's a great accolade. I strive to keep it that way."

But it was his musical contributions on tenor sax that would
come to define the E Street Band sound.

"Since 1973 the Springsteen/Clemons partnership has reaped
great rewards and created insightful, high energy rock & roll,"
declared Don Palmer in Down Beat in 1984. "Their music,
functioning like the blues from which it originated, chronicled the
fears, aspirations, and limitations of suburban youth. Unlike many
musicians today, Springsteen and Clemons were more interested in
the heart and substance rather than the glamour of music."

In a 2009 interview, Clemons described his deep bond with
Springsteen, saying: "It's the most passion that you have without
sex."

"It's love. It's two men - two strong, very virile men -
finding that space in life where they can let go enough of their
masculinity to feel the passion of love and respect and trust," he
added.

Clemons continued to perform with the band for the next 12
years, contributing his big, distinctive big sound to the albums,
"The Wild, The Innocent and the E-Street Shuffle," "Born to
Run," "Darkness on the Edge of Town, "The River" and "Born in
the USA." But four years after Springsteen experienced the
blockbuster success of "Born in the USA" and toured with his
group, he decided to disband the E Street Band.

"There were a few moments of tension," the saxophonist
recalled in a 1995 interview. "You've been together 18, 19 years.
It's like your wife coming to you: `I want a divorce.' You start
wondering why? Why? But you get on with your life."

During the breaks, Clemons continued with solo projects,
including a 1985 vocal duet with Browne on the single "You're a
Friend of Mine" and saxophone work on Franklin's 1985 hit single
"Freeway of Love." He released his own albums, toured, and even
sang on some songs.

Clemons also made several television and movie appearances over
the years, including Martin Scorsese's 1977 musical, "New York,
New York, in which he played a trumpet player.

The break with Springsteen and the E Street Band didn't end his
relationship with either Springsteen or the rest of the band
members, nor would it turn out to be permanent. By 1999 they were
back together for a reunion tour and the release of "The Rising."

But the years took a toll on Clemons' body, and he had to play
through the pain of surgeries and other health woes.

"It takes a village to run the Big Man - a village of
doctors," Clemons told The Associated Press in a phone interview
in 2010. "I'm starting to feel better; I'm moving around a lot
better."

He published a memoir, "Big Man: Real Life and Tall Tales," in
2009 and continued to perform.

He is the second member of the E Street Band to pass away: In
2008, Danny Federici, the keyboardist for the band, died at age 58
of melanoma.