But connections aside, 18 year olds will only legally be able to buy cigarettes for one more week at his store.

After that, they'll have to wait a year.

According to the Centers for Disease Control, more than 80 percent of smokers began lighting up before the age of 18.

So this new law was put in place with that in mind. 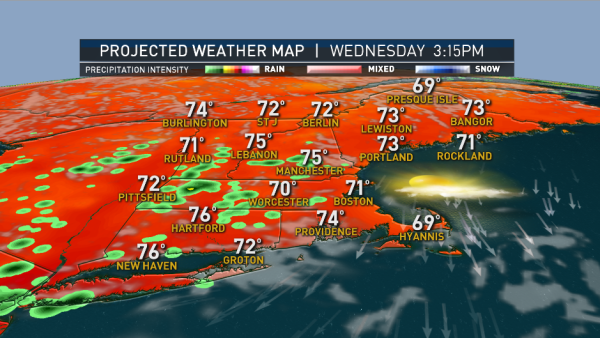 "Just looking back when I was younger, I think I wasn't ready to make that decision, that potentially lifelong decision, that could be a detriment to you long term, I think it's a good idea," said Jeff Cronin of Belmont.

"I did it myself when I was probably 18, 20. It's a terrible habit, it took me a long time to quit, it's very addictive," said Bob Goodwin, watching his 17 year old son play in a Senior Babe Ruth game.

He thinks there's an easy way around the law in Belmont.

"Watertown, Cambridge, Arlington, they just drive over the border. The kids have licenses, they have cars, it's not going to really deter them," Goodwin said.

As for businesses, store owner Kaleem Ahmad knows this letter sent by the town gives him no choice but to comply - if he wants to keep his license.

But he understands what the new law is all about.

"I appreciate whatever they're doing. Besides that, if I say as the owner for the store, it's gonna be bad, it's gonna hurt my business. But, of course, I have kids," Ahmad said.

This won't take effect until a week from tomorrow on August 1.

Belmont is not the first town in Massachusetts to pass such a law. In Needham the age is 21, and Brookline also passed a law making it 19.