WASHINGTON (AP) - President Barack Obama said Saturday that the
deaths of Americans in a helicopter crash in Afghanistan are a
reminder of the "extraordinary" price the U.S. military is paying
in the decade-long Afghan war.

Obama's statement did not confirm the number killed or other
details of the crash. Afghan President Hamid Karzai said that the
crash killed 31 U.S. special operation troops and seven Afghan
commandos.

A senior administration official said the helicopter that
crashed in eastern Afghanistan was apparently shot down by
insurgents in the deadliest single incident of the conflict for
U.S. forces. The official spoke on condition of anonymity because
the crash is still being investigated.

Obama, who learned of the incident at Camp David, issued a
statement saying his thoughts and prayers go out to the families of
those who perished. 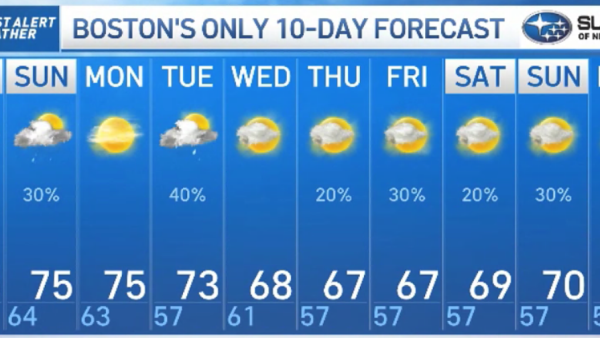 Highs in the Low 70s, with Off and On Showers Saturday

"Their deaths are a reminder of the extraordinary sacrifices
made by the men and women of our military and their families,
including all who have served in Afghanistan," the president said.
"We will draw inspiration from their lives, and continue the work
of securing our country and standing up for the values that they
embodied."

Obama said he also mourned the loss of seven Afghans "who died
alongside our troops in pursuit of a more peaceful and hopeful
future for their country."

Karzai sent his condolences to Obama, according to a statement
issued by his office.

The Taliban claimed to have brought the helicopter down with a
rocket attack, but similar claims in the past have proven to be
exaggerated.

NATO officials in Afghanistan said they were trying to determine
the details of what happened, but they acknowledged there was
"enemy activity" in the area.

The toll Saturday surpassed the worst single-day loss of life
for the U.S.-led coalition in Afghanistan since the war began in
2001 - the June 28, 2005 downing of a military helicopter in
eastern Kunar province. In that incident, 16 Navy SEALs and Army
special operations troops were killed when their craft was shot
down while they were attempting to rescue four SEALs under attack
by the Taliban.
---
Associated Press writer Lolita C. Baldor contributed to this
report.