Vermont Woman Is a Royals Watcher

(NECN: Jack Thurston, Colchester, VT) - "I intend to be soaking up the atmosphere of the whole thing," Leslie Carroll beamed.

Carroll is in London this week. The southern Vermont resident is a busy Royals watcher. "Considering New England started out as England, it really isn't that much of a stretch," she explained.

Carroll is the author of several books on European royalty. Her most recent is "Royal Pains," about the often dysfunctional Royal families. Carroll will be taking notes on the wedding between Prince William and Kate Middleton for an upcoming title on palace power and romance. 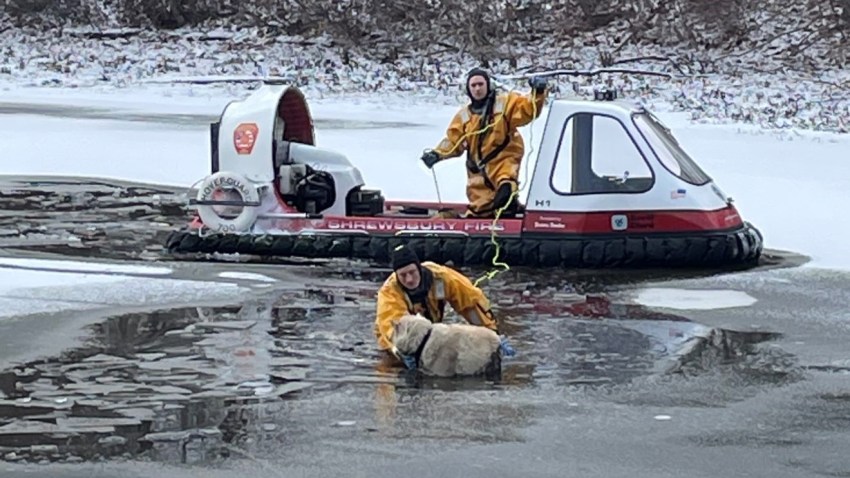 Firefighters Fetch Dog From Frozen Pond With a Hovercraft

Carroll says a love of love is why an estimated 2-billion people worldwide are expected to watch Friday's marriage ceremony. "Another thing Americans love is the tradition of a do-over," Carroll said. "So we're hoping that William and Kate will have that. We're waiting for that closure Charles and Diana never had because, of course, their marriage was not happy from the beginning and Diana's life ended tragically."

Carroll will also work as a commentator for some American TV broadcasts from the big event. She expects the future princess's middle-class background may get Brits thinking about the old class system that shaped so much of their country's history. "And whether they're going to see something that's more of a meritocracy, the way New England was born, really," she said.
After navigating the streets of London with hundreds of thousands of tourists and residents packed in for the spectacle, the author already knows she'll be ready to come home to quiet Arlington, Vermont, home to only about 2,500 people. "It is absolutely so nice and quiet!" Carroll said, smiling.

Stick with NECN and NECN.com for complete coverage of the buildup to Friday's Royal wedding, and the event itself.