Family Speaks Out After Boston Grandmother Fatally Shot on Her Porch

According to authorities, Delois Brown was sitting on her porch on Onley street Saturday afternoon when she was shot

A Boston community is reeling after a beloved 73-year-old grandmother was fatally shot as she sat on her porch in broad daylight over the weekend, prompting calls to address gun violence in the city.

According to authorities, Delois Brown was sitting on her porch on Onley Street in Dorchester Saturday afternoon when she was shot and killed. Police say she was not the intended target, and officials have yet to announce any arrests in the case.

The shooting happened shortly before 6 p.m. Brown was taken to the hospital, where she died, Boston police Superintendent-in-Chief Gregory Long said. 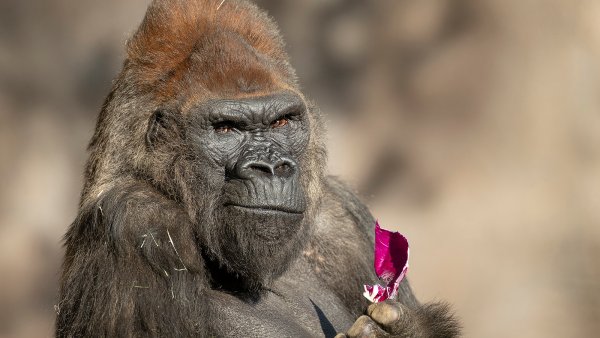 Family members say they had little warning; the gunfire just started, interrupting a beautiful Saturday evening. As shots rang out, Lakesha Edwards looked back to see her grandma.

"I grabbed her, her last words to me were, 'I'm hit.' And I'm like, 'Grandma, where?!' And she just fell out and closed her eyes and I just knew in that moment I had lost my grandmother," Edwards said. "It is just too much, just too much, too much."

With Saturday's nice weather, Shirley Brown, the daughter of Delois Brown, said she was outside when her mother was shot, and at least seven children were surrounding the elderly woman at the time.

Delois Brown was known as the neighborhood grandma -- a calming presence known for delivering food to those out of work.

A grandmother in her 70s was shot and killed while sitting outside on her porch in Dorchester Saturday evening, according to Boston police. Mike Manzoni has the latest details on the investigation.

At a vigil Sunday, Delois Brown was remembered as a well-loved pillar of the community.

Friends called for an end to gun violence.

“It just got to stop! It really got to! We need to stop," said Kimberly Shuler.

"It’s not my first as someone who grew up in the city from my adolescence and, certainly, my adulthood, just given where I live," she said.

Family and friends gathered on the porch where she was sitting.

Janey called shootings "all-too common, and certainly we’ve got to do much more to ensure that every neighborhood in our city is free from gun violence.”

She and other officials on Saturday evening expressed outrage at the incident in the community.

Suffolk County District Attorney Rachael Rollins said Saturday that those responsible for the shooting will be held accountable.

"She saw everything and she is traumatized," Brown said. "It’s just not right."