A Night of Big Changes

What a dismal day! The warm front stalled around Plymouth, Massachusetts; the fog sat overhead and the temperatures hardly moved out of the 30s.

But that's about to change.

We should snap into the 40s and 50s within hours this evening as our stalled front gets a major boost from a strong storm churning through Ohio. Along its eastern flank, severe storms have fired and tornado warnings are flying around Washington and Baltimore (yes, in February).

As that same line moves in around (and after) midnight, it should weaken enough to keep the severe threat minimal. However, we will still get the torrential rain and flooding, with thunder and possible damaging wind gusts. These are the kind of line of storms to rattle the nerves, just based on their notorious history through the Deep South and Mid-Atlantic. It's going to be a wild night of weather, so strap yourselves in for a crazy ride.

Thankfully, the line of rain and storms will NOT stall like the warm front, and should swiftly move out in time for the morning commute. We'll be greeted with sunshine in many spots and a balmy temperature near 60 degrees! Winds will ease a bit at first, then surge again into the afternoon. Temperatures will slowly crumble as well, dropping to the 40s late day. It's not an immediate turn to winter, but we'll get closer to normal by Friday. 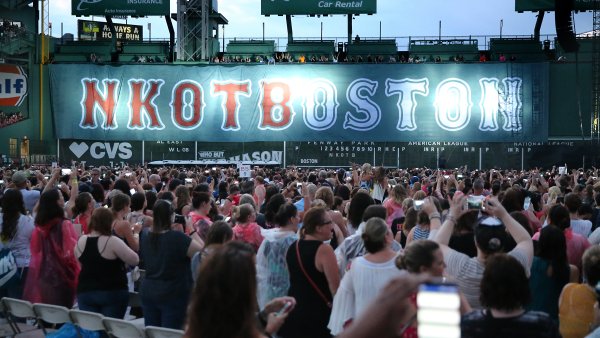 New Kids on the Block Are Returning to Fenway in August

Long range, another warm-up is coming for the latter half of the weekend, and 50s could linger into Monday. Thereafter, colder weather will come in as we watch for storminess later next week.