‘How Dare They?!' Bristol County Sheriff Reacts to Closing of ICE Detention Center

In a contentious press conference Friday, Bristol County Sheriff Thomas Hodgson slammed the Biden administration for its decision to cancel the contract for Hodgson to hold immigrant detainees at the jail in Dartmouth.

"How dare they demonize my staff, how dare they?!" Hodgson said Friday.

In a memo ordering U.S. Immigration and Customs Enforcement to discontinue use of the C. Carlos Carreiro Immigration Detention Center in Dartmouth, U.S. Secretary of Homeland Security Alejandro Mayorkas wrote that the facility that Hodgson oversees "is of minimal operational significance to the agency" and that "there is ample evidence that the Detention Center's treatment of detained individuals and the conditions of detention are unacceptable."

Mayorkas ordered the termination of the 287(g) agreement that outlines the collaboration between ICE and the Bristol County Sheriff's Office and the cancelation of an intergovernmental services agreement with the sheriff's office. People detained at the Dartmouth facility "whose continued detention is needed to achieve our national security, public safety, and border security mission" are to be moved to a different facility in the area, the secretary said.

"I'm not going to stand here and let them perpetuate lies to you, if they don't have the courage to tell you that their agenda's about shutting down law enforcement and the sheriffs and everybody else and making it less safe for you in your communities, shame on them."

But Maria Alejandra Celimen Sivino, who was a detainee in Bristol County as recently as last year, as well as a plaintiff in a lawsuit against the detention center, says she witnessed the abuse first-hand.

"[It] was a horrible business of trafficking people, that became like a market of human beings," she said.

Hodgson says not only does he deny claims of abuse by his officers, but he says this move by the federal government will not stop him from doing what he views as his responsibility to protect the borders.

"I'm going to do everything I possibly can," said Hodgson, "and my staff as well, to identify anybody that comes in here that's illegal and we're going to contact ICE and tell them they're there."

After allegations of forced hysterectomies and other medical practices at a Georgia immigrant detention facility, a doctor is now at the center of a criminal investigation. NBCLX talked to attorney David Dreyer, who represents five of the detainees who allegedly had unnecessary gynecological surgeries, to discuss the systemic problems that allowed this to happen and what happens next.

Hodgson's 287(g) agreement, his partnership with ICE and his embrace of many Trump administration policies has made him a lightening rod on Beacon Hill in recent years. The sheriff argues that creating barriers between local, state and federal agencies could imperil public safety, but many Democrats have sought to void all 287(g) agreements in Massachusetts.

In a statement Thursday, Hodgson said Mayorkas put "his left-wing political agenda above public safety" and that the decision was an attempt by the Biden administration "and other anti-law enforcement groups to punish outspoken critics and advance their partisan agenda to score political points."

"This decision puts the people of Bristol County, the Commonwealth of Massachusetts and the United States of America at greater risk of being victimized by criminal illegal aliens," Hodgson, the Republican sheriff who has been in office since 1997, said. "While Sec. Mayorkas and the Biden administration are turning their backs on the people of Bristol County and our great nation, I will not."

In December, Attorney General Maura Healey ruled that Hodgson's office "violated the civil rights of federal immigration detainees" when it responded to a May 1, 2020 disturbance with "excessive and disproportionate" use of force and by acting "with deliberate indifference to a significant risk of serious harm to the health of several detainees."

Healey cheered the federal government's action Thursday and said that since her report was issued Hodgson's office "has made clear it is not willing to take any steps to protect the rights and safety of detainees."

"I commend DHS for acting on our recommendation to sever all ties with the Bristol County Sheriff's Office," the attorney general tweeted. "The BCSO has a long history of abuse and neglect. Today's decision is a big step toward protecting immigrant detainees from further harm."

In a joint statement issued through U.S. Sen. Elizabeth Warren's office, all but one member of the Massachusetts Congressional delegation commended Mayorkas's order as "a just and humane step." U.S. Rep. Stephen Lynch did not sign the statement.

"An investigation by the Massachusetts Attorney General's Office found that the BCSO violated the civil rights of immigrants in its care and custody. These findings made clear that the BCSO should not be engaged in immigrant detention," the all-Democrat delegation wrote.

"Every person has the right to dignity, safety, and due process. This decision affirms that right, and is a victory for the detainees, families, lawyers, and advocates who have pushed for more accountability and more humane treatment by the BCSO."

Mayorkas on Thursday also ordered ICE to discontinue the use of the Irwin County Detention Center in Ocilla, Georgia, though the memo did not detail the issues there in the same way it did with the Carreiro Immigration Detention Center in Dartmouth. 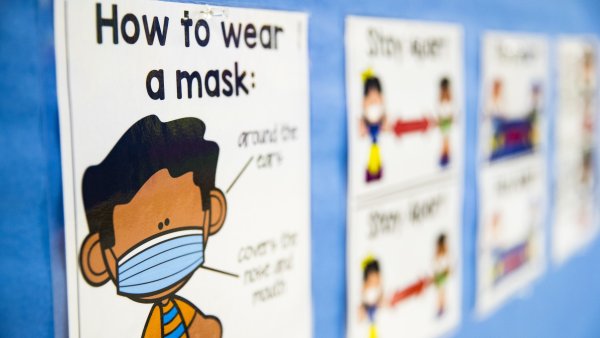 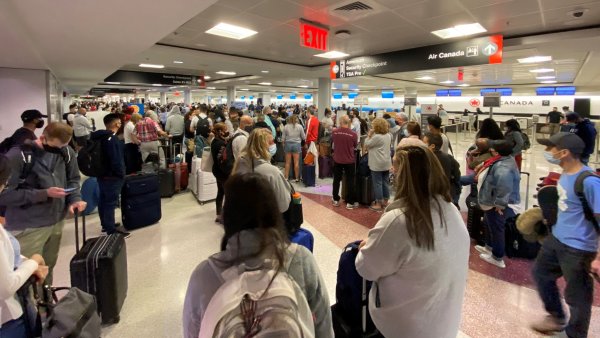 US Airports Experience Delays Due to Technical Outage