A famous resort in the Mount Washington Valley of New Hampshire is vowing to rise from the ashes, following a massive fire that destroyed a large section of the property Saturday.

"It was horrifying," said Don Jones of North Conway, describing how quickly the flames spread through the Red Jacket Mountain View Resort — sending thick smoke that was visible from all around. "It was so black, you couldn’t even see the end of our property."

Jones lives near the landmark, which had a whole wing burn down Saturday, with strong winds fanning the flames. Witnesses said some guests had to jump from balconies to safety.

"It’s not something I want to see or hear again," Jones said of the fire.

No one was seriously hurt or killed, but fire officials said two firefighters and two civilians suffered non-life-threatening injuries — a number that increased by one from initial reports.

More than 150 guests were staying at the property at the time of the fire, investigators added.

Chief Pat Preece of the North Conway Fire Department couldn’t yet say Monday where the fire started or what caused it, explaining the complex investigation is still in its early stages. 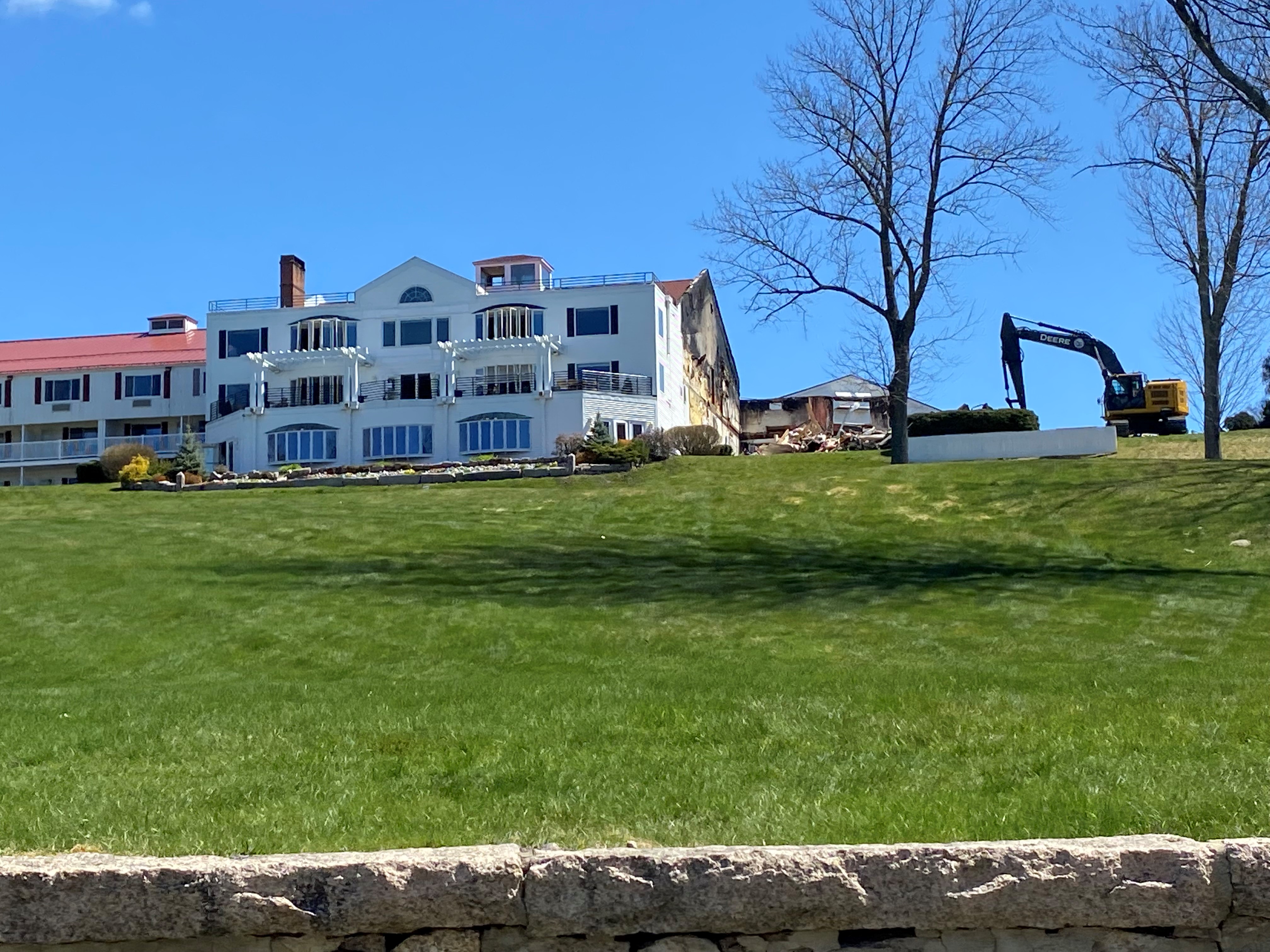 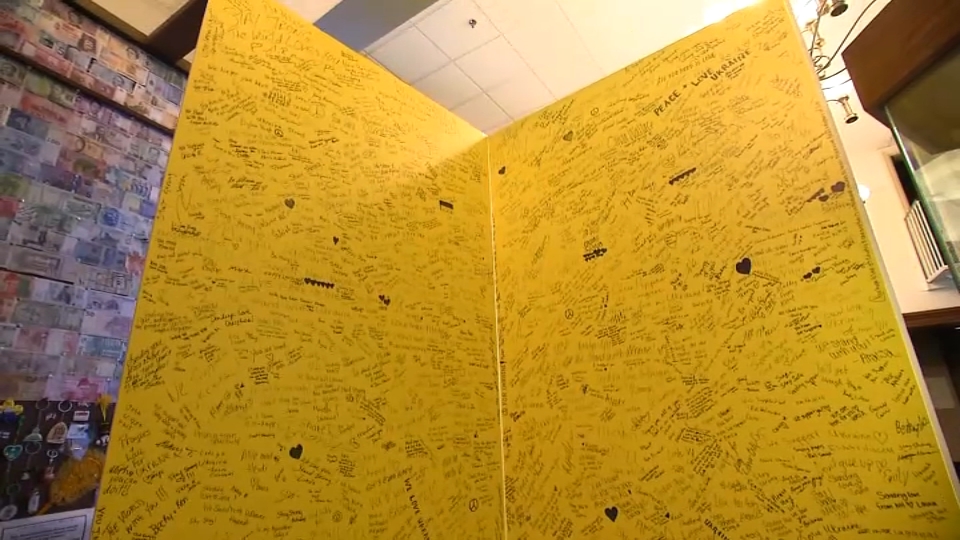 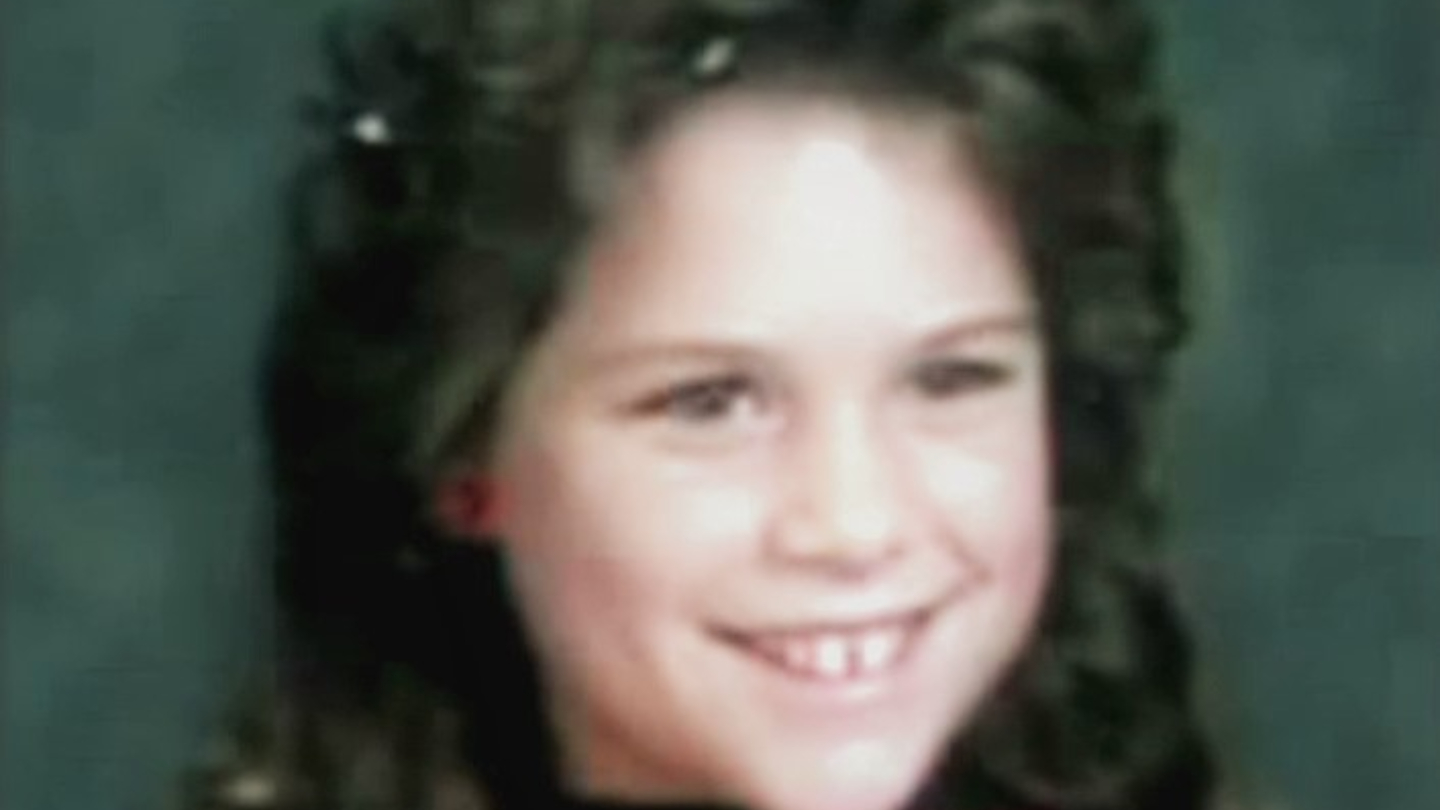 The resort is closed for now. A spokesman said this weekend while it is too soon to know when it’ll reopen, staffers are working on contacting future guests to go over their options.

"The hotel will remain closed for the foreseeable future," Justin Grimes of Red Jacket said Sunday. "We’re working with our guests and our staff to ensure that their needs are met."

Monday, the destination was using plastic letters to craft a message on its board out front. It thanked community members for their support and pledged to rise from the ashes.

"They’ve got to get their systems up and running and they’ve got to meet with their insurance companies and see what they can do to get their facilities back up," Preece said of Red Jacket, describing just some of the many steps the resort will have to take before reopening.

The Mount Washington Valley Chamber of Commerce told NECN & NBC10 Boston it is still expecting a strong start to the summer season in the region, even despite the loss of a marquee property.

"We’re here for people who are still looking to visit," said Michelle Cruz of the Chamber, pointing people to this website for recommendations of activities in the area.

Cruz predicted North Conway and surrounding towns will bounce back resiliently from the fire. She said people’s interest in the outdoors, which grew during the pandemic, should contribute to future vibrancy after the fire.

"It’s a strong community— I have no doubt," Cruz said. "It’s going to take some work, but everybody here sticks together and we do what we can to support each other."

Rajwinder Bahra, whose family owns an Indian restaurant next door to the resort’s burned-down wing, praised the firefighters from 28 different departments that responded to help the community through the emergency.

"I’m very impressed by the firefighters here," Bahra told NECN & NBC10 Boston. "They did a very great job. Buildings you can build again, but the important thing was everybody was safe."

Preece said because the destroyed wing of the resort is just so far gone, witness statements are going to be crucial to figuring out what happened. Red Jacket is helping connect investigators with guests to obtain those statements, Preece noted.