"We estimate if all those licenses go out, the commonwealth could get $70 to $80 million just in licensing fees," Rep. Jerald Parisella said

The House on Thursday overwhelmingly approved a bill to legalize sports betting in Massachusetts, but even before the vote, the question of whether to allow wagers on college sports emerged as a major sticking point between the House and Senate.

Some said they hoped the House's lopsided vote would send a message to the Senate, which has been less enthusiastic about sports betting, that the people of Massachusetts want to bet legally.

"I represent a district which borders New Hampshire. In Haverhill, you can literally walk across the border into New Hampshire and place a bet. I know that my constituents who partake in sports wagering would rather place these bets in their homes and in their own state and would rather have any revenue collected going towards benefiting their home state of Massachusetts," said Rep. Andy Vargas of Haverhill.

For Rep. Dan Cahill of Lynn, Thursday's vote was about something even simpler.

"Most important, it's just fun. People are allowed to have fun," he said. "And sports betting is fun."

But even before the House took its vote Thursday to put some pressure on the Senate to act, House Speaker Ronald Mariano drew a line in the sand on Bloomberg Baystate Radio and declared that leaving collegiate betting out of any bill "probably would be" a dealbreaker.

"That's a great point, but I tend to think it probably would be," he said, adding that negotiations have not begun. "I find myself having a tough time trying to justify going through all of this to not include probably the main driver of betting in the commonwealth."

Boston sports fans are hoping this is the year they'll be able to legally gamble on sports. Lawmakers held a hearing on the issue Thursday.

Massachusetts has been considering whether to expand gambling here since the U.S. Supreme Court in May 2018 ruled that the nearly nationwide prohibition on sports wagering was unconstitutional and gave states the ability to legalize the activity.

"Some may say that this is bringing sports betting to Massachusetts. The fact is that our Massachusetts residents are already betting on sports. They're either taking that short drive up to New Hampshire or to Rhode Island, where it's legal, or they're also going on their phones and using offshore applications, those sportsbooks, to bet or they're also going to a bookie," Rep. Jerald Parisella, who chairs the Committee on Economic Development, said while outlining the bill for the House on Thursday. "But what this does do is it brings it out of the shadows and into the light, and makes it legal in Massachusetts."

The House bill would put sports betting under the purview of the Gaming Commission, require that all bettors be at least 21 years old and physically present in Massachusetts, and implement numerous consumer safeguards to protect against problem gambling similar to those put in place for casinos when Massachusetts expanded gaming in 2011.

MGM Springfield, Encore Boston Harbor, Plainridge Park Casino, the state's two simulcasting facilities and racetracks that host live horse racing (right now the only one is at Plainridge Park) would be granted licenses to take in-person wagers as long as they meet rules and requirements of the Gaming Commission. They would be allowed to have between one and three mobile sports betting platforms, depending on the facility. Mobile-only operators could also seek licenses and every license would carry a $5 million fee.

"We estimate if all those licenses go out, the commonwealth could get $70 to $80 million just in licensing fees," Parisella said Thursday.

A sportsbook's revenue from in-person bets would be taxed at 12.5% and revenue from mobile wagers at 15%. Parisella said the higher tax on mobile operators recognizes the added costs that brick-and-mortar facilities would have and aims to drive customers to businesses that employ people in Massachusetts.

"I believe a conservative estimate is that we'll raise about $60 million annually from the taxes on the sports betting," Parisella said, citing a number higher than most previous estimates for sports betting in Massachusetts. "And as it gets matured, we believe that those numbers could rise."

If college betting is not allowed, Mariano said, the revenue estimate would drop to between $25 million and $35 million annually.

"We are hopeful that the legislature will move quickly to establish a regulated market that will create jobs, protect consumers, and support the many Massachusetts businesses that are losing customers to neighboring states right now," DraftKings Vice President of Government Affairs Griffin Finan said. "The time to act is now. We look forward to continuing to work with both branches to get a final bill over the goal line."

An additional 1% tax would be levied on wagers placed on sporting events held in Massachusetts to be distributed proportionately between the facilities that hosted the events to be used for "sports wagering security and integrity."

Rep. Ken Gordon explained last year that venues like Gillette Stadium or TD Garden will need the money to beef up their security "because they've got to protect against communication from someone who may be there to have a conversation that we don't want to occur."

The House bill would allow wagers on the outcome of college sports contests, but not on the performances of individual college athletes.

Whether or not to allow bets on college athletics has been a recurring theme in the three years that lawmakers have spent considering sports betting, and it is shaping up as the most significant difference between the House bill and Sen. Eric Lesser's sports betting bill (S 269). That legislation is before the Senate Ways and Means Committee and is expected to be the Senate's vehicle if or when it takes up the issue.

"If we are going to get a bill done, we both have to move," Mariano said on Bloomberg when asked about the different feelings towards collegiate betting in the House and Senate.

Through a Rep. Paul McMurtry amendment, the House on Thursday added a provision to its sports betting bill that would allow the Gaming Commission to grant licenses to let some veterans' organizations operate up to five slot machines. That is also likely to be a point of divergence with the Senate.

Ahead of the House debate Thursday, Lesser said he thinks his more reluctant branch is "ready to do this -- if it's done the right way."

"I think we're ready. Look, it's been three years since the Supreme Court allowed states to move forward on sports betting. Since then you went from two states -- New Jersey and Nevada -- that had sports betting markets to 30. And again, almost all of our neighbors in almost all the states in the Northeast now have it," Lesser, the Senate chair of the Economic Development Committee, said Thursday morning on NESN. "So it's time. It's time for Massachusetts to do this."

The House and Senate are expected to take a summer break soon and it's unclear when the Senate plans to take up a sports betting bill. Like the House, the Senate largely takes its workload one week at a time.

Though he said he thought the end of 2021 is a realistic expectation for sports betting to launch in Massachusetts, Lesser said "the Senate will, may or may not take something up in the near future."

The House approved sports betting legalization last summer as part of an economic development bill, but the Senate turned down multiple opportunities to do the same. Lesser told the regional sports network that senators will likely key in on problem gaming and consumer protections if or when they debate the issue this session.

"It is, at the end of the day, a gambling product, and we do need to remember that. We have a lot of senators that are concerned about that and want to make sure that people who might have an addiction, people who might fall prey to bad activity, are protected," he said. "So we're going to make sure that any bill ... has a lot of consumer protections in place and really sets a high standard for the quality of play."

Sen. Cynthia Creem, the majority leader, is among those in the Senate who opposed casino gambling and have said they are not enthusiastic about sports betting. Creem said last session that she would be inclined to oppose its legalization and Sen. Jamie Eldridge, another casino gambling opponent, said he will work to prevent the state's casinos from being allowed to take bets on sporting events.

Senate President Karen Spilka was among the opponents of a push to legalize casino gambling in 2010 before leading the successful effort in 2011 to get a redrafted casino bill passed and signed into law.

Gov. Charlie Baker, who would be asked to sign any sports betting bill the Legislature passes, filed his own bill (H 70) to legalize the activity and has repeatedly written $35 million in sports betting revenue into his annual budget proposals.

The Gaming Commission, which would write the specific regulations for sports betting and oversee the activity under nearly every proposal on Beacon Hill, has remained neutral in the sports betting debate, but Executive Director Karen Wells has said the agency is doing what it can now to prepare for the possibility that it gets a new responsibility.

"We recognize that there is a significant interest in getting this going. I hear these representatives and senators talking about the finances and the money to the commonwealth, so we recognize there's a public interest in us getting going as soon as we can," she said last month during a hearing on the topic. 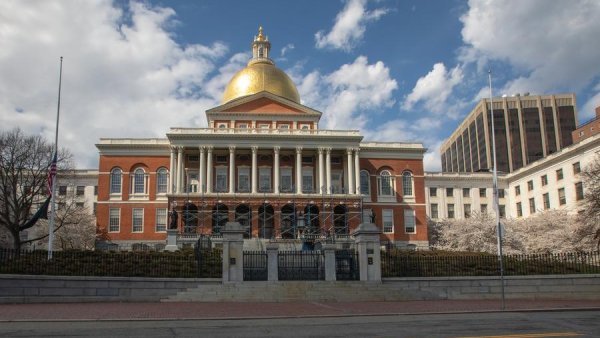 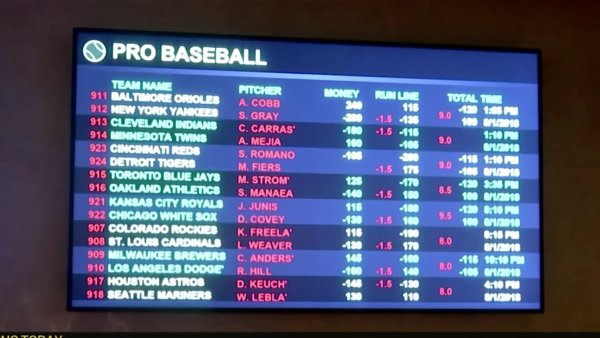