The National Weather Service has expanded its blizzard warning to include Cape Cod and the Islands in Massachusetts.

The blizzard warning remains in effect until 1 a.m. Sunday.

Heavy snow continues to spread into far Southern New England. These bands of snow, producing 1-3” of snow per hour, are migrating northward from Washington, Philadelphia, and New York City. Thundersnow has even been reported in some of those areas. In Virginia and Washington, this is already a top 10 snow on record, and there’s still several more hours to go.

The dry air that held the snow at bay for most of New England this morning is relenting, allowing the snow to move north now. Bands of heavy snow will continue to impact areas from Boston, and then along and south of the Mass Pike. Between the Pike and the New Hampshire line, expect very light snow at times.

The heaviest snow will fall during the evening in Southern New England, particularly at the South Coast, and over parts of the Cape and Islands. It’s also in these areas where winds will be strongest, creating near white-out conditions. Blizzard conditions are even possible for a time. Remember, a blizzard requires winds of 35 MPH and visibility less than a quarter of a mile for at least three hours. 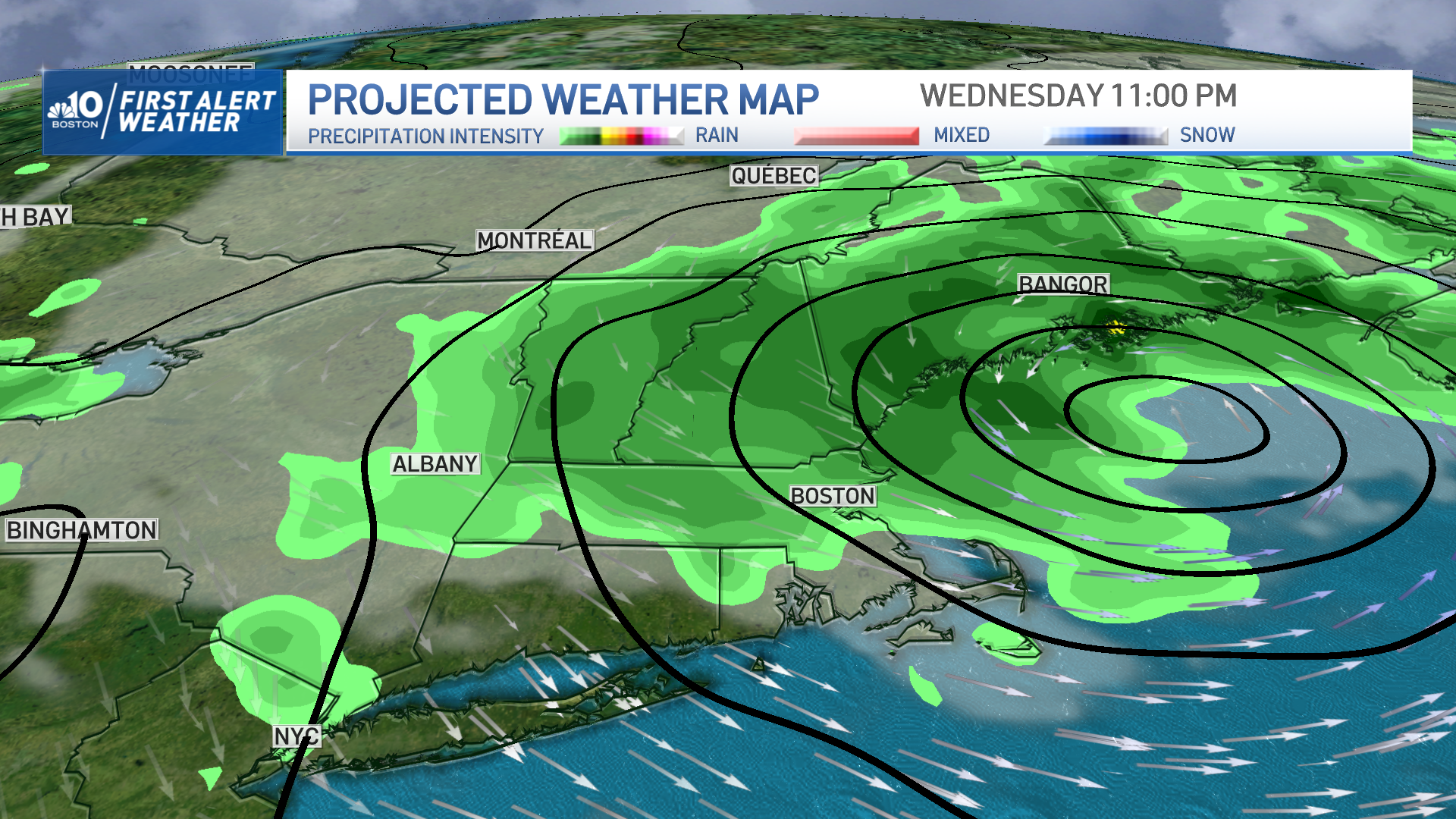 In all, we’re still thinking most spots around Boston pick up a coating-3", with 3-6" across much of Connecticut, Rhode Island, and Southeastern Massachusetts. Higher totals on the order of a foot will be more common right at the immediate South Coast.

The snow winds down early Sunday morning, with sun developing over the course of the day.

South of Boston, minor to moderate coastal flooding is likely during the late morning high tide on Sunday.