In a murder trial watched nationwide, Kyle Rittenhouse was found not guilty on Friday, sparking outrage across the country, including in Boston.

A small group gathered for an "emergency press conference" and protest followed by a "People's Speak Out" Saturday at Park Street Station in Boston, near the Common. The event was planned by a group called Refuse Fascism New England.

Rep. Marjorie Taylor-Greene, R-Ga., called Kyle Rittenhouse “one of [the] good ones,” while New York Mayor Bill de Blasio said calling the verdict a “miscarriage of justice is an understatement."

Jurors reached their verdict on Friday, their fourth day of deliberations.

Saturday's event also seeks to call attention to the ongoing trial of three men charged with killing Ahmaud Arbery in Georgia. Organizers say that "to stand aside at this moment in history is open complicity."

Boston Mayor Michelle Wu addressed the verdict Friday, tweeting, "Our country aches for accountability. My heart is with those traumatized by Kenosha & the failures of our justice system."

More on the Rittenhouse Trial 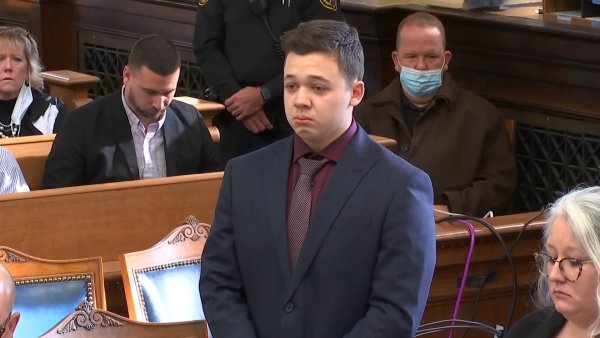