Todd Angilly's co-workers have gotten used to him showing up late.

The TD Garden bartender often arrives after the opening faceoff when the Boston Bruins are playing at home, but he has a good excuse: He is two floors down, singing the national anthem on the ice.

When he's done, Angilly hustles back up to the suite-level sports bar to resume pouring drinks. 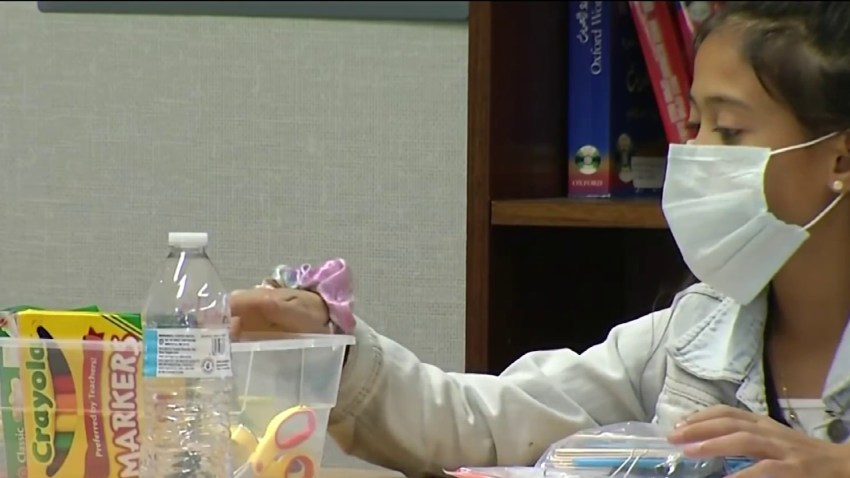 "The adrenaline's definitely getting me through it," Angilly said during a break at his full-time job as a probation officer in the North Shore suburb of Salem. "I mean I definitely wanted to stay in bed a little bit this morning."

"But just knowing that, you know, my night is going to be pretty cool. That we're hopefully gonna be a part of something really special here," he said. "So, yeah, got to see what happens. Let's ride it out."

The NHL has had a number of well-established and beloved anthem singers over the years, from Paul Lorieau (Edmonton) and Roger Doucet (Montreal) to Karen Newman (Detroit) and Jim Cornelison (Chicago). Some sing professionally.

The son of two music teachers, Angilly grew up participating in chorus and band before going to college to study education. While at Plymouth State, he performed in community shows and operas, and met a judge during a voice competition who was on the faculty at the New England Conservatory of Music in Boston and recommended he apply.

Angilly went for his master's degree and tried out for a bunch of roles. He met some famous singers -- including award-winning mezzo soprano Marilyn Horne -- but never could break through as a performer.

"Somehow real world and dream world kind of split," he said. "Nothing ever panned out."

So Angilly began working in kitchens. He wound up at Fenway Park, the new Boston Garden shortly after it opened in 1995 and eventually landed his unique double role with the Bruins this season.

"It's definitely been a wild ride," Angilly said. "I can't even fathom it. I mean, like today I'm in the courtroom doing my work and all of the sudden I'm thinking, 'Gee, I've got Game 2 of the Stanley Cup finals tonight.' Like, it's just blowing my mind."

At this point, he has the routine down.

After leaving Salem, he arrives at the Garden around 5 p.m. to begin serving the early arrivals. A half-hour or so before the opening faceoff, he changes out of his bartending uniform and into a coat and tie -- often in the Bruins' black and gold.

While waiting for the players to finish their warmup skate before Game 2 against St. Louis, Angilly shifted nervously from foot to foot while sipping from a paper cup of hot tea. When the time comes, he follows the honor guard onto the ice.

By the time the cheering crowd has drowned out the last strains of "home of the brave," Angilly has scooted off the ice, ducking to the side to get out of the way of the anti-slip rug quickly pulled up in his wake. Then it's quickly onto the elevator to the fifth floor.

On the way, he is bombarded by well-wishers and applause.

"It's kind of a running joke in the bar: The other two guys know that these days they're not going to get much work out of me because people want pictures and they want to talk to me," Angilly said. "I try to do my best to pull my weight."

"The Star-Spangled Banner" -- and "O Canada" when a Canadian team visited -- were sung at Bruins games for more than 40 years primarily by Rene Rancourt, who became a fan favorite for his post-anthem fist pump. Angilly filled in for him now and then the last few seasons.

"The thought passed my mind a couple of times: I could be the one if this guy really steps down," said Angilly, who is 44. "He can't be here forever. It was always, 'I wonder what's going to happen when he decides to retire.'"

Rancourt hung up his tuxedo last season at the age of 78. The Bruins opened the job up and received 700 video submissions; they winnowed it down to about 50 for auditions.

Angilly estimates he sang before half of the games this season, though he has done all of the playoff games so far. Games 1 and 2 of the final put him on TV in front of the biggest audience he's ever sung for, which was a little bit nerve-wracking.

He will be back out there for Game 5 on Thursday night.

"Whatever they want. You know, I'm in for whatever," he said. "I'm going to be there anyway, working."