Security lines and bag checks at Boston's Logan Airport continued to grow all week ahead of Thanksgiving and Wednesday was no exception.

Boston's Logan Airport was packed Wednesday with people headed home for Thanksgiving on the busiest day for air travel of the year.

An estimated 800,000 to 900,000 people are expected to come through Logan before Monday. In fact, AAA estimates that air travel will increase by 80% nationwide with 4 million people taking flight.

Daniel Velez, of TSA New England, said Logan Airport hit about 50,000 travelers Tuesday, which he said is "out of the ordinary." All throughout New England airports saw about 70,000 passengers.

The large airport crowds are a big change from last Thanksgiving, which came during the height of the pandemic.

"We're expecting it to be busy once again today -- probably even busier today than yesterday," Velez said. "And of course -- Sunday after Thanksgiving -- it's going to be very busy."

”We compare our numbers to 2019, so we’re still down," said Ed Freni, MassPort Director of Aviation. "However, we’ve seen the numbers pick up which is very encouraging. People want to travel.”

Overall, holiday travel is expected to rebound this year to almost pre-pandemic levels. According to AAA, 6.4 million more people are traveling this year for Thanksgiving -- a 13% increase from 2020.

"If you haven't traveled in a while, expect it to be a little bit different," Velez said. "It will seem a little chaotic."

Daniel Valez of TSA New England speaks about the travel rush at Boston's Logan Airport, which hit about 50,000 travelers Tuesday and 70,000 passengers throughout New England.

Security lines and bag checks at Boston's Logan Airport continued to grow all week ahead of Thanksgiving and Wednesday was no exception. Despite the lines, travelers were excited to see their loved ones.

"I'm very excited to see my family," one traveler said. "We still have to mediate and do all the things but being with family is really important.

"It's a great feeling getting, back together with family. It really is," another traveler said.

Both Delta and United Airlines are projecting the Sunday after Thanksgiving could be their busiest day since before the pandemic. But the huge increase in travelers expected for the Thanksgiving holiday was not the only travel concern this week.

Monday was the deadline for federal workers to get vaccinated against COVID-19, including Transportation Security Administration (TSA) employees. Nearly 93% of TSA workers are now in compliance with the vaccine mandate and it will not impact staffing levels, according to the Administration.

"The vaccine mandate has not affected our ability to staff for thanksgiving," Velez said. "It won't today. It won't again on Sunday." 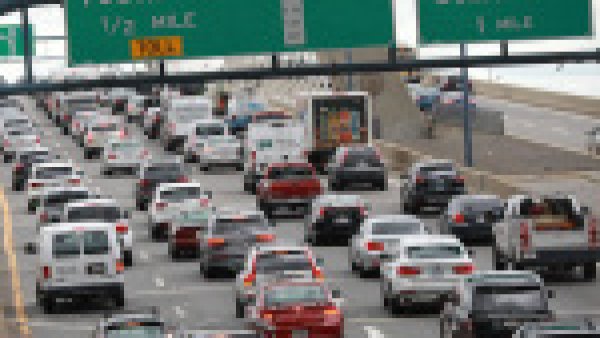 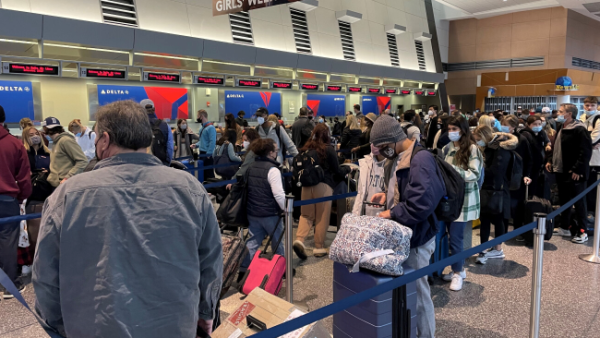 Record Number of Travelers Taking Off for Thanksgiving

We are officially at the height of the travel rush. Here's what the roads and airports around Boston are looking like on Wednesday.