Mother Accused of Fatally Strangling Her 3 Children in Massachusetts

UPDATE (Friday, Jan. 27, 2023): The third child sent to the hospital from the Duxbury home has died, prosecutors said Friday.

A woman is accused of strangling two of her children Tuesday night in Duxbury, Massachusetts, authorities said Wednesday, as they identified all three and announced they were seeking the mother's arrest.

The woman was identified as Lindsay Clancy, 32. The slain children were identified by Plymouth County District Attorney Timothy Cruz as Cora, 5, and Dawson, 3.

A third child, a 7-month-old boy, remained in the hospital Wednesday after being rushed for treatment by helicopter Tuesday night with what Cruz described as "evidence of harm," though he didn't share details. He didn't know the boy's exact condition Wednesday afternoon but said, "We should all be praying for him."

A tragedy unfolded in Duxbury Tuesday, with a woman accused of strangling her children, killing two and sending one to the hospital.

The Plymouth County District Attorney's Office announced Wednesday night that an arrest warrant had been issued for Clancy, who is being charged with two counts of homicide, three counts of strangulation and three counts of assault and battery with a deadly weapon. She is in police custody in a Boston hospital.

The mother was hospitalized as well, after a suicide attempt that initially brought police to the scene on Summer Street. She remained in a Boston hospital Wednesday as well, Cruz said, noting that his office would seek to bring her to court to face homicide charges as soon as she's able.

The investigation into the killings remained ongoing, Cruz said.

"Our hearts' condolences go out to the Clancy family. I cannot begin to fathom the depth of pain that must be going on," he said.

An incident in Duxbury, Massachusetts, that authorities have labeled "an unimaginable, senseless tragedy" remained under investigation on Wednesday after prosecutors announced late Tuesday that two young children had died and a baby was hospitalized.

Condolences were pouring in from all over, officials said, and affected institutions released statements on Wednesday.

Noting a heartbreaking "recent tragedy in our community," Duxbury Public Schools shared resources for children and adults who need help. A representative for Massachusetts General Hospital confirmed that Clancy is an employee and said the organization was "shocked and saddened to learn of this unthinkable tragedy."

Duxbury police were initially called to the home on Summer Street about 6:11 p.m. by a man who lived there, later confirmed to be Clancy's husband, to report the woman's attempted suicide, Plymouth County District Attorney Tim Cruz said.

When police and fire agencies arrived, they found the woman, along with three children under the age of 5 who were unconscious and had obvious signs of trauma, according to Cruz. A preliminary investigation into the deaths of the two older children indicated they died of strangulation.

The woman is believed to have cut herself and jumped out of a window in a suicide attempt. Cruz didn't want to speculate about any mental health issues the woman may have been dealing with, but noted at Wednesday's news conference that prosecutors were looking at all possible motives.

The two older children were pronounced dead at a hospital, Cruz said. The baby, who is 7 months old — officials initially said he is 8 months old — was taken by medical helicopter to a Boston hospital for treatment.

Cruz was asked Wednesday if the baby was harmed in an attempted strangulation, but the district attorney didn't specify beyond saying that "there is certainly evidence of harm to the child."

Cruz stressed Wednesday that the investigation had been a round-the-clock matter that was still ongoing. Police had remained at the home on Wednesday morning.

Three young children were found unconscious, with two dying at the hospital, at a home in Duxbury where a woman was hospitalized in a suicide attempt, investigators said Tuesday night.

The state medical examiner's office had been working to determine the cause and manner of the children's death, Cruz said.

Neighbors and the rest of the Duxbury community were in disbelief, wondering what led to the tragedy.

"I heard the news it's like, 'Oh my God.' Devastating news, devastating," said Regina Mitchell, who lives down the street from the crime scene.

"Hearing about that is just, it's just tragic," added Duxbury resident Bryce Lehner.

"This is horrifying to even think about," neighbor Bernadette McPartland said. "I can't even go anywhere with this."

"You don't know what's going through her poor mind," Mitchell said of the mother. "She could be going through some heavy-duty stuff after having the baby."

Massachusetts General Hospital confirmed Wednesday that the woman involved is one of their employees.

"We are shocked and saddened to learn of this unthinkable tragedy. We extend our deepest sympathies to all those affected by these devastating events," they said in a statement. 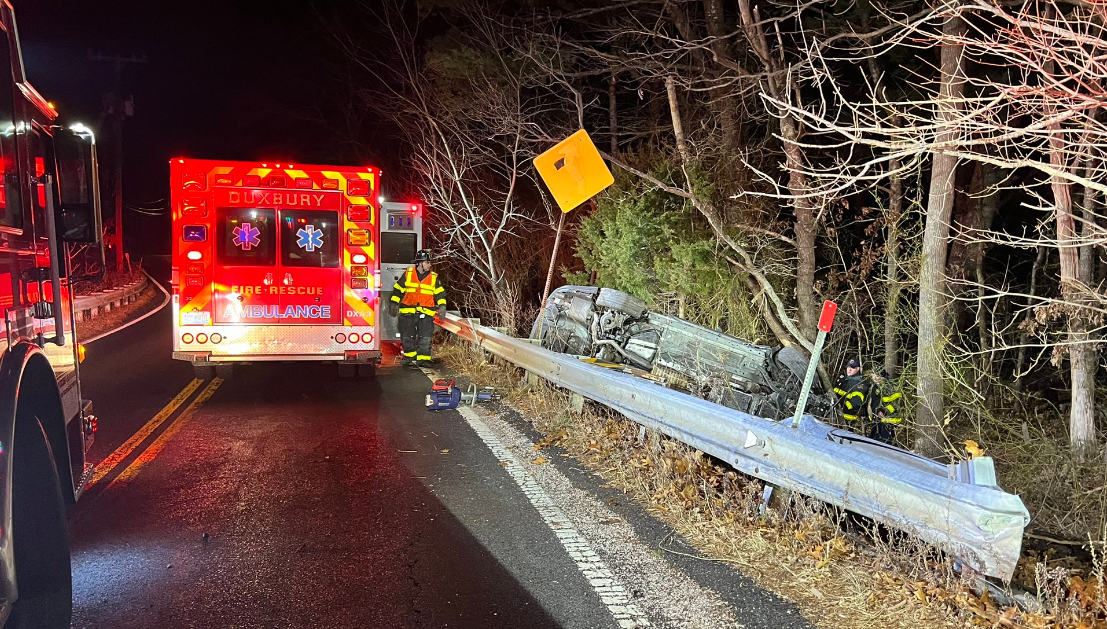 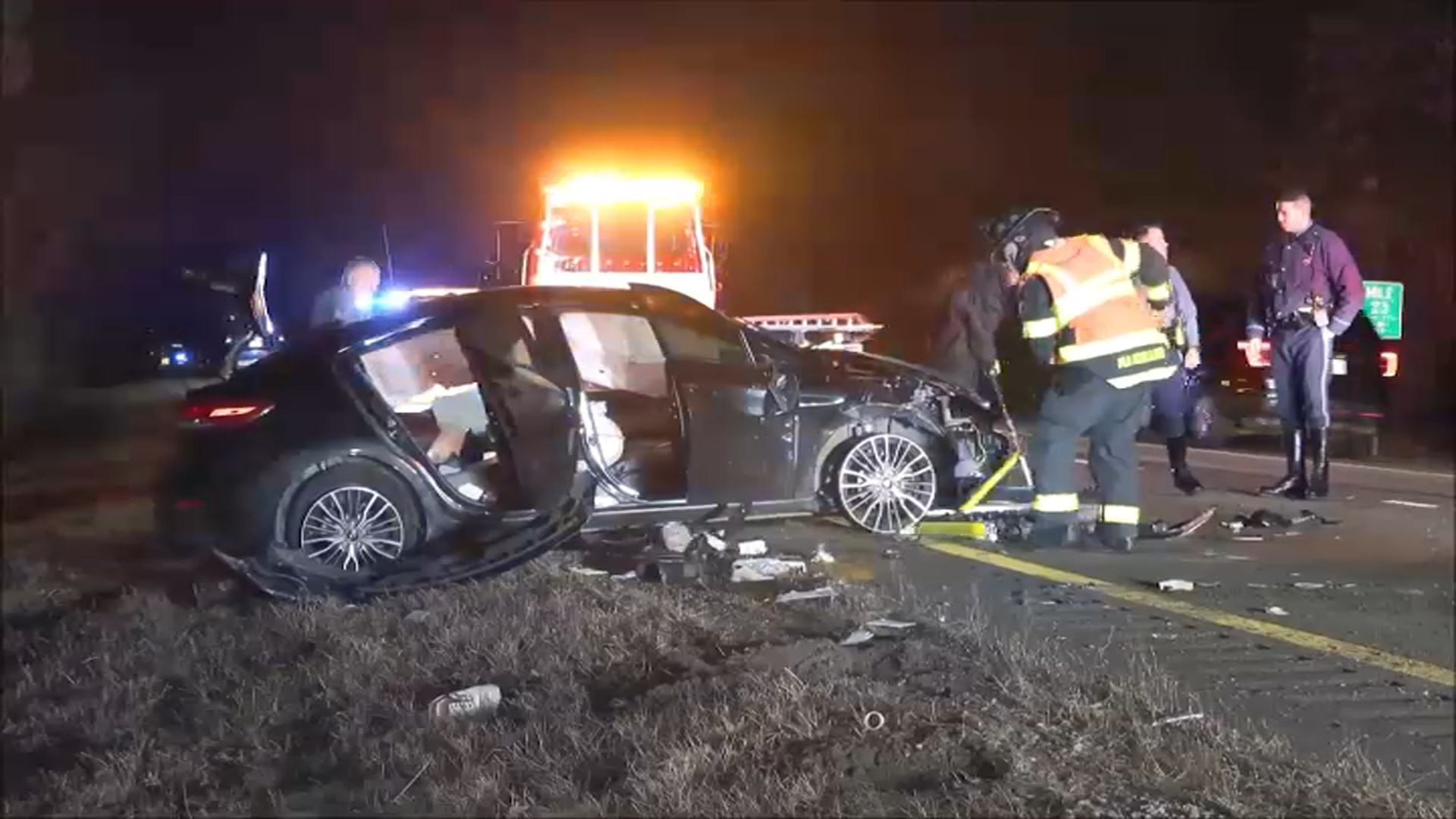 If you or someone you know needs help, please contact the Suicide and Crisis Lifeline by calling 988, call the National Suicide Prevention hotline at 1-800-273-8255 or reach out to the Crisis Text Line by texting ‘Home’ to 741741 anytime.