Trees came down in various towns throughout the state, leaving more than 240,000 without power at the peak of the storm

Communities are cleaning uprooted trees, downed power lines and destruction left in the path of damaging wind and thunderstorms that moved across Massachusetts Wednesday.

Statewide, more than 240,000 customers were without power at one point in the evening. As Thursday ended, nearly 29,000 customers remained in the dark.

"You look around and it looks like a tornado came through," said Millis resident Jennifer Heady. "I was looking out the door and said to my husband should I go move the car, and then no sooner did I say that than the tree fell across the lawn, the transformer blew across everything, it was like all hell broke loose."

On Dover Road In Millis, a maple tree landed on Dave Hobson's roof.

"Cracked some ceilings," said Hobson. "Put a hole in it, actually took my chimney out."

In Wayland, Massachusetts, and across New England, crews cleaned up from Wednesday's storms.

After the storms, there were some 80 emergency calls in Millis for downed trees and power lines, and several roads were impassable, according to the town administrator. At one point, more than half the town was without power.

"It's a little tough because we're not sure when it's coming back and how long it'll be," said Rebecca McAndrews.

There were no serious injuries here from the storm, but some residents will have to deal with a second night with no electricity.

Trees came crashing down on two homes on Mill Brook Avenue in Walpole.

“It came in so forcefully and it was loud and scary and now there’s a branch on my house," Walpole resident Melanie Mitchell said, "but we’re all safe."

Clean up is underway in many Massachusetts communities where an overnight storm brought down trees and powerlines, which knocked out power to tens of thousands.

In Milton, sparks were flying after a tree brought down a large electrical wire. Not far from there, more utility poles were knocked over from the strong wind gusts.

No one was injured, according to the Milton Fire Department.

Police did not have an "accurate estimate" as to when the roads will be open Thursday morning.

Communities are cleaning uprooted trees, downed power lines and destruction left in the path of damaging wind and thunderstorms that moved across Massachusetts Wednesday.

In Wrentham, road closures are also affecting routes to the elementary school.

Taunton Street is closed near the senior center and Department of Public Works due to live wires and a tree down in the road, according to Police Chief Bill McGrath. People can get to school from the Wrentham Center via the Common Street end, but not through Taunton Street or the connecting Beach Street.

Forest Grove Avenue and Redbird Road are both closed as well. National Grid and tree crews have been out "all night" for cleanup, McGrath said. 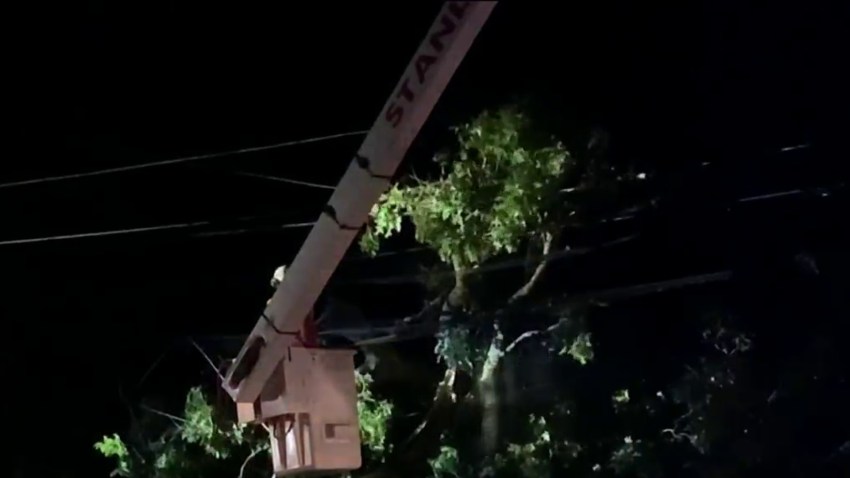 ‘It Was a Force': Storms Bring Down Trees and Electrical Wires 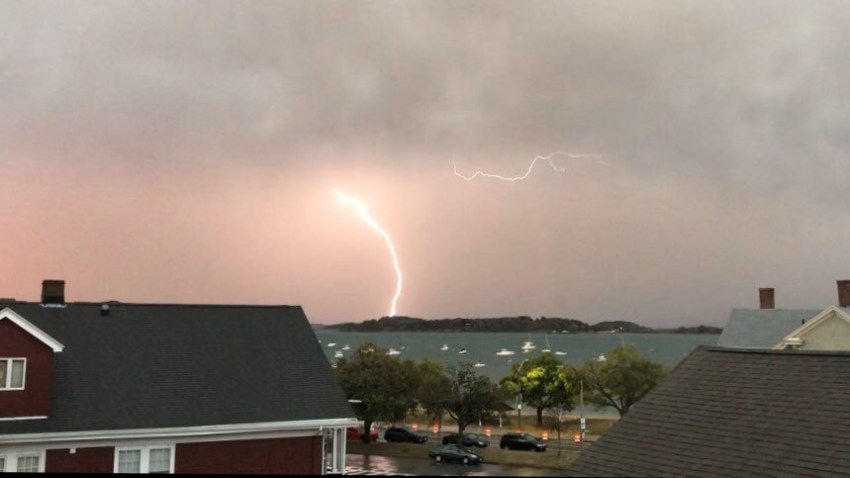