The clash between northern cold and southern warmth has come to New England, and the result will be a prolonged period of many clouds with occasional bouts of rain, snow and mixed precipitation along the way.

The first round of showers has come today - some light morning showers, a break around midday, and renewed light afternoon and evening showers of raindrops for Central and Southern New England, but a mix with some snowflakes continues in Northern New England.

Overnight tonight through Thursday morning, a northeast wind takes hold of most of New England, filtering colder air southward across the region. 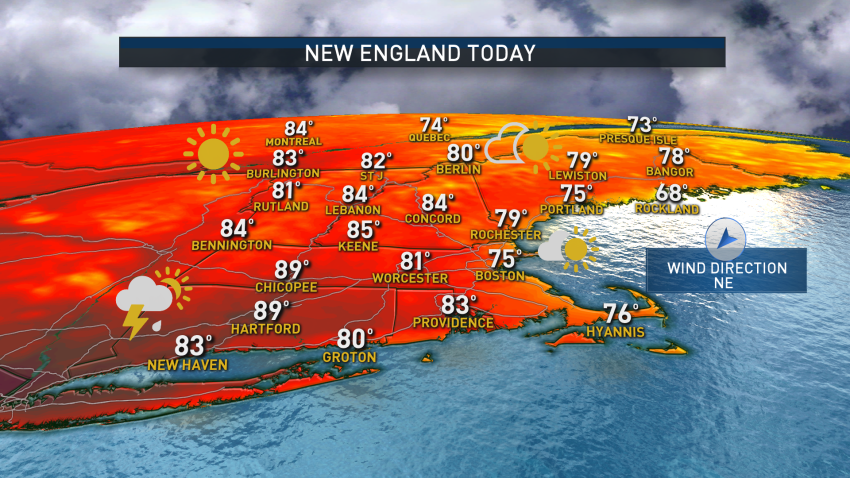 The source of the cold air represents true winter air - Northern Maine may drop below zero Thursday morning, while Southern Connecticut hangs out in the lower 40s - that kind of clash is destined to create pockets of snow Thursday morning in Northern New England, and a light rain and freezing rain mixture as far south as Northern Massachusetts early Thursday morning.

Though road temperatures will be warm in Central New England, spot treatment of roads may be needed. Farther north, areas of snow continue Thursday and will result in one to three inches of new Northern New England snow through the day, while clouds, cool drizzle and showers are the rule farther south.

Thursday night through Friday midday brings the next shot of rain - mostly plain rain with milder air moving in, though Northern Maine may see some pockets of sleet and freezing rain again. Rain exits Friday afternoon, leaving sunny skies and seasonable air Saturday, and increasing clouds Easter Sunday, but we remain hopeful the majority of us won't see clouds quite heavy enough to produce rain showers.

By Monday, those heavy clouds of rain return, kicking off a week that should be slightly above normal for temperature in the exclusive 10-day forecast.