Hundreds of people gathered in Everett Sunday night to celebrate the life of 38-year-old Kristin Fulton.

They wore red clothing and Mickey ears, signifying both her love for the city where she grew up and Disney — the place where she was married and had visited 92 times.

“She was so wonderful and this is just such a loss to the community,” said cheerleader Ella Hickey.

Fulton, an Everett city employee who worked at the Health and Wellness Center, tragically passed away two weeks ago, just seven days after giving birth to her baby daughter, Lenna. 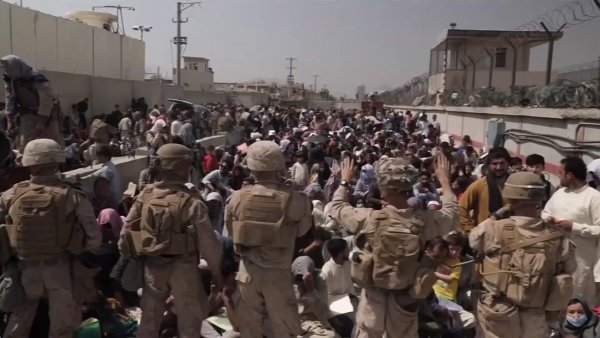 “My heart is broken but it beats for her," said Greg Fulton, Kristin’s husband, as he held their newborn Lenna.

Kristen was also a Pop Warner cheerleading coach, and cheer her passion. Over the years, she was so much more than just a coach to the kids in the city.

“She would say ‘what’s going on?’ She would talk to me and you would tell her she would comfort you, hug you,” said another cheerleader Rebecca Hickey.

Kristin’s mom, Marianne Ciarlone, says her daughter was always there for her students over the years.

“Helping this one out, picking this one up, or if a domestic thing going on and the cheerleader didn’t have any place to stay, she was always the first one,” Ciarlone said.

Kristin's husband says her dream was to have her own child. Now, all those she helped along the way say they’ll be there for this family in their time of need.

“I used to always tell her how much she was loved and I don’t think she realized I just hope she sees this,” Greg said.

A GoFundMe for the family had raised more than $70,000. A playground in Everett will also be named in Kristin’s honor.