As police in Vermont’s largest city continue searching for a suspect in the vandalization of an LGBTQ+ community center, neighbors are rallying behind the nonprofit that was damaged.

At Poppy Cafe & Market in Burlington, egg, pickled carrot, cucumber and other ingredients form a flavor rainbow, by design. For two weeks, 10% of the sales from The Joy, as the sandwich is called, will go to the Pride Center of Vermont.

“We sold out yesterday and we’re hoping to do the same today,” beamed Abby Portman of Poppy Cafe, before handing one of the $13 Joy sandwiches to a customer.

The show of support follows a vandal using chunks of pavement early Tuesday to smash the glass entrance to the Pride Center of Vermont. The organization provides LGBTQ+ folks with a range of services including support groups and health resources.

In a press release issued after NECN & NBC10 Boston’s Tuesday report on the incident, the acting chief of the Burlington Police Department, Dep. Chief Jon Murad, wrote, “We are investigating this vandalism with an eye toward the very real possibility that it was motivated by malice related to the Pride Center and the important parts of the community the Center serves.”

The statement from Murad went on to say the department is committed to ensuring safety for all members of the Burlington community, including LGBTQ+ Vermonters, and vowed to “vigorously” pursue the investigation into the vandalization.

Fox Market and Bar in East Montpelier responded to the smashing of the Pride Center of Vermont’s entrance by launching an online fundraiser, which generated more than $1,700 for the Center in under a day, the business’s Liv Dunton said.

“It broke our heart to see what happened,” Dunton told NECN & NBC10 Boston. “It’s okay to have a moment of grief about these kinds of acts, and then say, ‘What can we do? What can we do now to make people feel loved and safe and good again?’”

Red Wagon Plants in Hinesburg promised to donate merchandise for the Pride Center’s May 7 plant sale and block party, which benefits programming for transgender Vermonters.

“The vast majority of people will rally behind the Pride Center and the LGBTQ population,” Julie Rubaud of Red Wagon Plants predicted.

Rubaud said after the hurt from the vandalization, she hopes her business’s plants will serve as “little ambassadors of hope” in the world.

The Pride Center of Vermont said it is, of course, really grateful for these boosts, and many others — including social media posts from other nonprofit organizations that shined a spotlight on the Pride Center and urged donations and other forms of support. 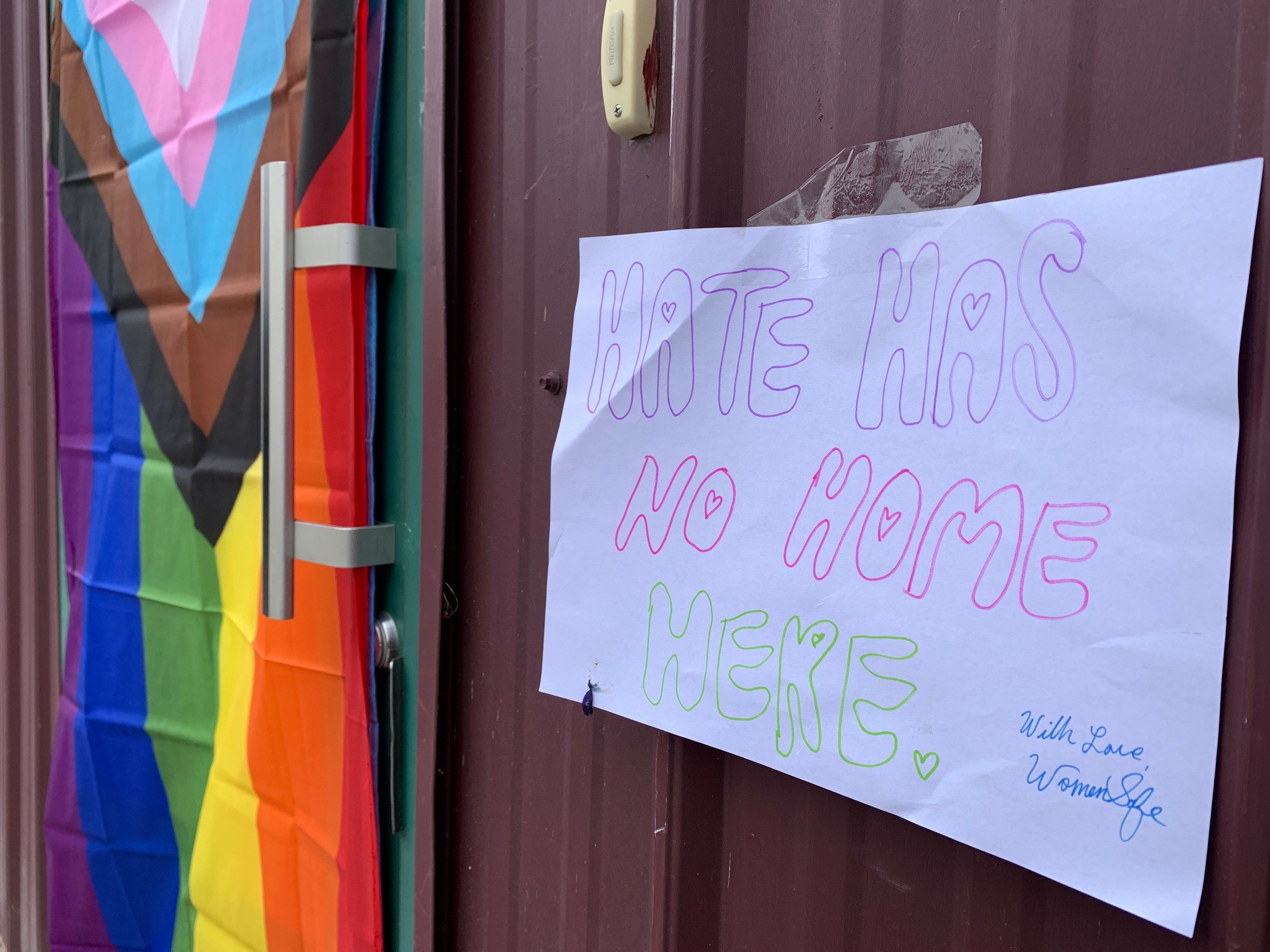 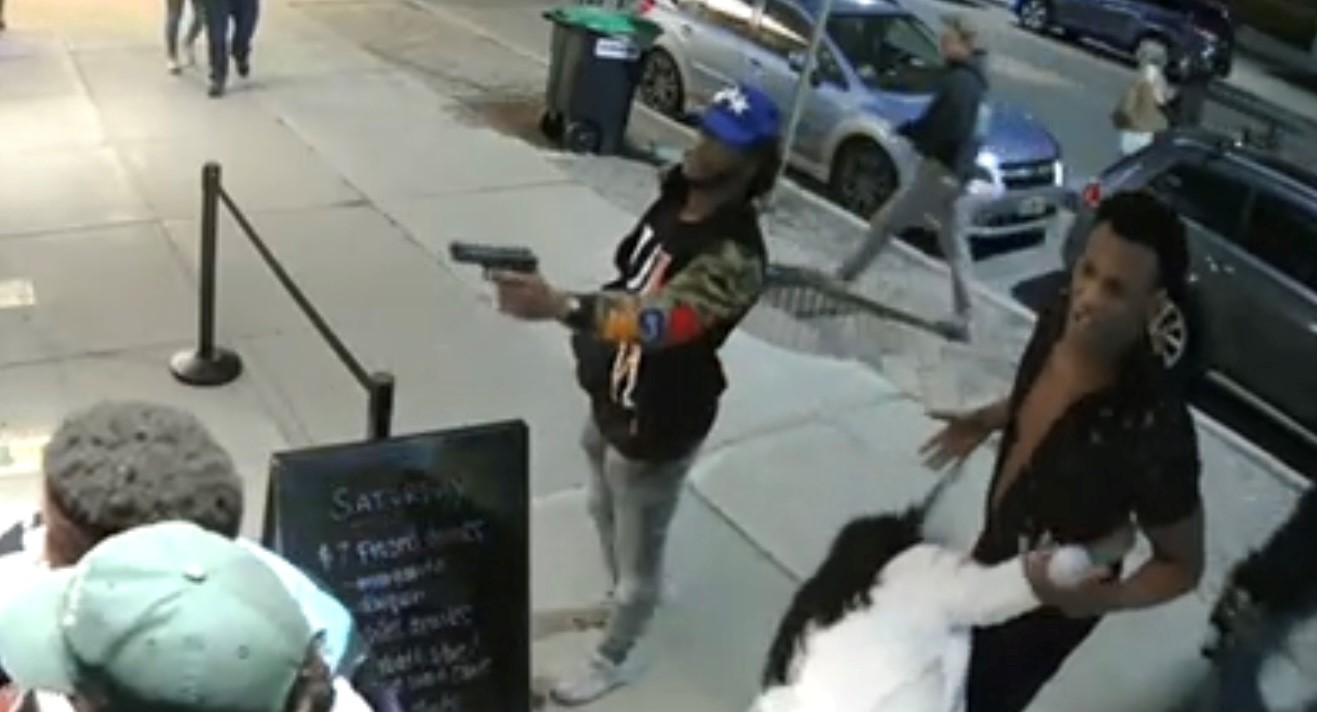 The door smashing followed the recent killing of a trans woman in Morristown, anti-trans stickers found in parts of Burlington, and a wave of legislation in other states calling for limits on LGBTQ+ rights or visibility.

The climate created by these events has the Pride Center doubling down on its mission, said the organization’s communications and development director, Justin Marsh.

“We’re not exempt from the hate that is seen nationwide,” Marsh said, adding that Vermont has a reputation for acceptance — yet incidents of violence or harassment still happen in the state.

Marsh said the work of the Pride Center of Vermont remains vital.

“We’ve still got so much to do,” they noted. “And I think that you have to focus on the love and the joy and all of that, but I think also, you have to keep in the back of your head that the hate’s still alive in Vermont.”

Despite acknowledging that, the center said it’s now more confident than ever that the number of neighbors who’ll build it up far outnumber those who would do it harm.

“There are so many businesses that I know love and support the Pride Center,” Abby Portman of Poppy Cafe said. “And we’re just really happy to be part of that community.”

The Burlington Police Department asked anyone who may recognize the vandal to call 802-658-2704 with information that could help the investigation.