Police are investigating the death of a taxi driver who was found with many stab wounds outside a cab in Stamford, Connecticut, on Wednesday morning and they have arrested a murder suspect

Police are investigating the death of a taxi driver who was found with many stab wounds outside a cab in Stamford, Connecticut, on Wednesday morning and they have arrested a murder suspect.

Mohammed Kamal, a 47-year-old husband and father, was stabbed at least 15 times, according to police.

Shota Mekoshvili, 29, was taken into custody on Wednesday evening and charged with murder.

He is a Georgian Republic National Citizen who is staying in the United States on a visa. 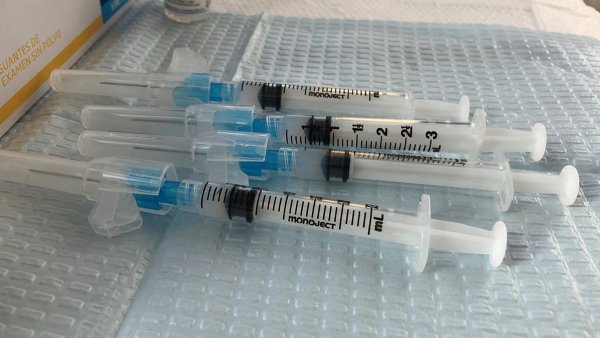 Conn. Governor's COVID-19 Vaccine Mandate: Who Needs to Be Vaccinated as of Today 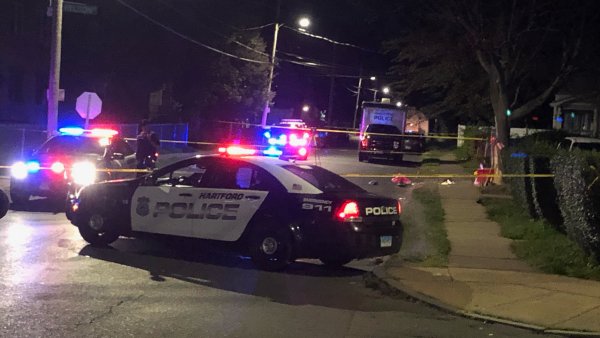 Police have notified U.S. Immigration and Customs Enforcement and are looking into his immigration status.

Police identified Mekoshvili as a suspect around 8 p.m. on Wednesday and found him on Bedford Street downtown.

As officers pursued him, Mekoshvili ran.

Police chased after him, used a Taser and took Mekoshvili into custody on Grey Rock Place, police said.

Officers noticed Mekoshvili had wounds consistent with the struggle that occurred at the murder scene, police said. He was treated at Stamford Hospital and released.

Police believe the murder is an isolated case and occured during a robbery because Kamal's credit cards are missing. Police also believe cash is missing.

"We don't think the community's at ... any kind of danger. We don't believe the cab community's at danger for some guy who's going around robbing cab drivers," Stamford police spokesman Lt. Diedrich Hohn.

Authorities said there seems to be some prior relationship between Kamal and Mekoshvili, but police do not know to what extent.

"We do believe that he was picked up in the area of downtown around 3 o'clock in morning," Hohn said of Mekoshvili. "What we don't know is why Doolittle Road and what happened and transpired up at Doolittle Road."

Mekoshvili, who has a prior arrest history, is being held in lieu of $1 million bond and will be arraigned on Friday.

Court records show Mekoshvili was arrested in Stamford on Aug. 5 and charged with sixth-degree larceny. He was released from custody in that case.

According to police, landscapers found the body of Mahomed Kamal, a 47-year-old husband and father, on a lawn on Doolittle Road around 8:30 a.m. Wednesday. A Stamford Taxi cab was in the woods across the street.

Kamal had been stabbed repeatedly in the torso on Doolittle Road, a cul-de-sac in a remote area that can be dark. He was pronounced dead at the scene.

Police said he struggled violently with the person who killed him, both inside and outside the cab. The stabbing happened sometime after 3 a.m., according to police.

"It looks like there was a struggle because he had some wounds on his hands, which led us to believe he was fighting for his life," Hohn said.

Police have not recovered the weapon Kamal was killed with or the keys to the cab, police said on Thursday.

Kamal's coworkers said he had been working for Stamford Taxi for a couple years.

Police have been looking at Kamal's taxi logs and phone history to see who he may have picked up. Those logs stopped around 2 a.m., and the dispatchers go offline, police said.

It is not uncommon for cab drivers to pick up fares without being dispatched, Hohn said on Thursday.

Neighbors said they've seen a similar taxi drive up and down the street before, without any passengers inside.

Kamal's friends are shocked by his death and said they can't imagine anyone trying to hurt him.

"At this moment, I just was thinking this was a robbery, or maybe ... wrong place at the wrong time," said Fazel Karim, a friend of Kamal's.

Anyone who was in the area and may have seen something suspicious in the area between Doolittle Road and Long Ridge Road is urged to call police.

Police said one resident in the area found Kamal's credit card and they urge anyone who sees anything to call as well.