Middlesex District Attorney Marian Ryan said it was too soon to say what caused 16-year-old Mikayla Miller's death, which remains under investigation, but called it "an unspeakable tragedy"

The prosecutor leading the investigation into the death of a 16-year-old girl from Hopkinton, Massachusetts, explained on Tuesday what her office knows so far about the case and promised a full investigation with transparency for the public.

Middlesex District Attorney Marian Ryan also acknowledged unsubstantiated rumors swirling in the community that Mikayla Miller, who was Black, was murdered and that race may have played a part. Ryan said it was too soon to say what caused Mikayla's death in mid-April, which the local medical examiner is looking into, and added that there is no evidence either way that race was involved in it.

Speaking publicly about the case for the first time, the district attorney emphasized for reporters the immensity of the loss being experienced by the teenager's family and said, "what we really owe her is an accurate and fulsome accounting of what happened."

Ryan also strenuously denied any notion that her office ignored or was covering up Mikayla's death.

"Mikayla Miller, as many of you may have seen, was a beautiful child. She was a cherished daughter, a gifted student, a talented athlete and a loyal friend," she said, adding that her death was "an unspeakable tragedy."

Late Tuesday night, Congresswoman Ayanna Pressley called for a "full, transparent, independent investigation" into Mikayla's death, remarking on how much more life the teen had to live.

"Mikayla Miller deserved to grow old," Pressley wrote on Twitter. "She had so many basketball games, road trips and HBCU homecomings ahead of her. She deserved childhood -- uninterrupted."

Allegations in Hopkinton Amid the Investigation

People advocating for the Miller family have called the investigation into question and suggested her death was a killing that was motivated by hate. Ryan said she "clearly heard that allegation," noted her office's record in prosecuting hate crimes but said "we do not have any evidence, either positive or negative, as to whether that is the case in this circumstance."

NBC10 Boston has reached out to Mikayla's family for comment. A family member said Tuesday that the family would speak at a vigil later in the week.

Her mother, Calvina Strothers, told The Boston Globe that local police treated her death as a suicide from the outset of the investigation and have not been cooperative with her since.

"My concern is did they really thoroughly look at the crime scene?" Strothers told the newspaper. "Or did they just dismiss it because she's a Black girl on a tree in Hopkinton?"

The town's police chief, Joseph Bennett, released a statement Tuesday night calling Mikayla's death "tragic" and acknowledging "the concerns expressed by many in the community over this tragedy."

But he said the police couldn't give more information about the case than what Ryan relayed, citing the ongoing investigation.

A vigil and rally for Mikayla is planned on Thursday at 4:30 p.m. in Hopkinton. The town's select board held a meeting Tuesday night to discuss the event.

Asked if there's a disconnect between her investigation and the family, Ryan said she sympathizes with the family and, if she were in their shoes, would want answers immediately.

"All a family wants to hear is, 'Tell me why, tell me how, tell me what those last minutes were like,'" she said. "I don't expect that us saying we are awaiting a ruling from the medical examiner or waiting for results from the lab gives much comfort to a family when they are waiting for answers."

What's Known So Far in the Mikayla Miller Death Investigation

Mikayla was found dead about 7:45 a.m. on Sunday, April 18. Ryan's office said at the time that the death was not considered suspicious but the case remained "open and active."

She offered details at the news briefing Tuesday based on the preliminary investigation, which has involved dozens of witness interviews, analysis of devices and surveillance video.

It shows that the teenager was involved in a fight between her and two teenagers in a group of four the day before her death, and that someone Mikayla was in a relationship was present for it, according to Ryan. They were at an unsupervised clubhouse in the apartment complex on Revolution Way where the Mikayla lived.

Hours later, Mikayla's mother called police to say that her daughter had been "jumped," Ryan said. The teenager told officers that she'd been pushed and punched in the face, and the officers noted she had a bloodied lip, then interviewed a statement with another girl involved in the fight. They also noted some damage at the apartment complex.

The investigation into whether Miller was assaulted during the fight on Saturday also remains ongoing, Ryan said.

There were some questions that remained unanswered Tuesday afternoon along with the cause of death and whether race was a factor. She wasn't prepared to answer whether bullying may have been involved and wasn't able to say how Mikayla traveled between her home and the place where she was found. 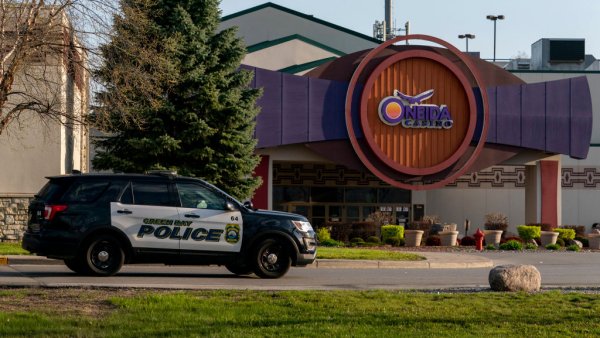