Multiple flags and a cardboard cut out of President Donald Trump were seen burned on the street.

Boston police say two arrests were made Sunday Boston's Copley Square where demonstrators had gathered in dual protests that grew hostile at times.

One of the protests was organized by Super Happy Fun America, the same group that held the controversial Straight Pride Parade in 2019. The group's "Peaceful Protest Against Democrat Violence" on Sunday called for "Democrats to fully renounce the violent actions of their supporters," according to the group's posting on its Facebook page.

Meanwhile, another group of protesters held its own "Kick Facists Out of Boston" demonstration, organized by Solidarity Against Hate-Boston. 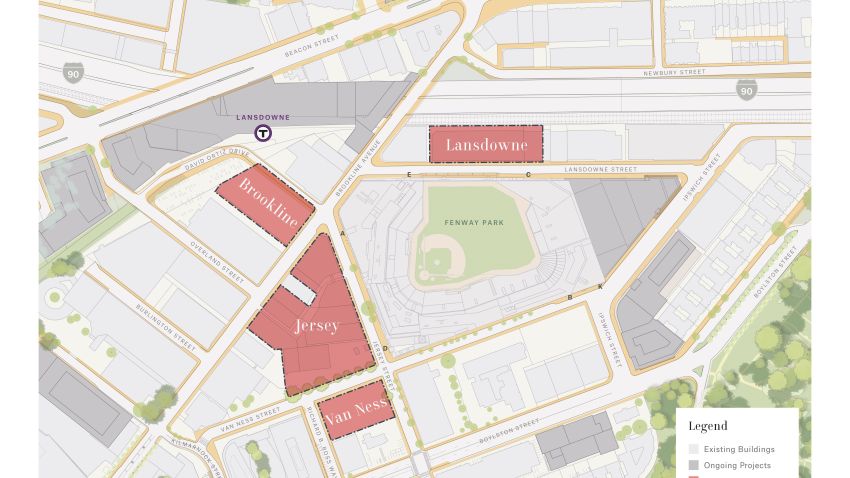 4 Sites Around Fenway Park to Be Redeveloped

"Boston is the people’s city and no place for fascists," the group said on Facebook. They called for supporters "to make the message clear once again."

It was a contentious scene that played out as the dueling protests passionately supported very different visions for the United States.

Anti-Trump protesters ignited a cardboard cutout of the president. Demonstrators submitted to officers in riot gear while they were face down across the concrete as handcuffs were placed around their wrists. All while baton-bearing police and steel barricades physically separated the groups that couldn't be more divided.

Donald Trump flags held by supporters of the "law and order" touting president clashed with those who want police abolished. As both sides marched to the beat of their own drum, it was clear they, like many Americans in these tense times, stand more divided than together.

Police said Sunday evening that two arrests had been made. No other information was provided.