"There was evidence suggesting that the use of this language was a systemic issue and had happened at practices potentially as far back as 2010," Superintendent John Antonucci wrote to the Duxbury School Committee

An independent investigation into the use of anti-Semitic language in the Duxbury High School football team's play calls has found that it was likely a systemic issue, one coaches were aware of, that may have been used in practices since 2010.

A reference to the Holocaust during a game on March 12 has already led to the firing of head coach David Maimaron, the cancellation of games and mandatory workshops on diversity, equity and inclusion for the team. But the investigation by an outside attorney offers new information on what took place on the team.

It found that evidence that the coaching staff was aware of and condoned the use of Jewish terms during practices.

"There was evidence suggesting that the use of this language was a systemic issue and had happened at practices potentially as far back as 2010. Sufficient credible evidence was found to support the conclusion that coaching staff were aware of the use of such terms during practices," Superintendent John Antonucci wrote to the Duxbury School Committee.

The findings of the investigation were submitted on Monday to the Duxbury School District and Antonucci shared its conclusions with the committee Thursday. His memo was shared with the community.

Days after the firing of head coach David Maimaron over the use of anti-Semitic language in play calls, the school announced Monday that the team would be required to attend two workshops on diversity, equity and inclusion.

The investigation also found evidence "of a culture of profane language and boorish and sophomoric behavior" on the team, with homophobic slurs and profanity in use on the sidelines and coaches making "sexually offensive jokes and innuendo" in front of players, Antonucci wrote.

Additionally, the team had a tradition of reciting the Catholic "Lord's Prayer" before every game and every year went to a team Mass the Wednesday before the team's annual Thanksgiving game. Both are violations of school policy, Antonucci said, which follows the separation of church and state laid out in the Constitution.

The investigation was commissioned after the March 12 game, in which a player called out the name of a Nazi concentration camp to refer to a blocking scheme for other linemen, according to the superintendent's report. The investigation found no evidence that such language had been used in games in previous years.

More on the Duxbury Football Team 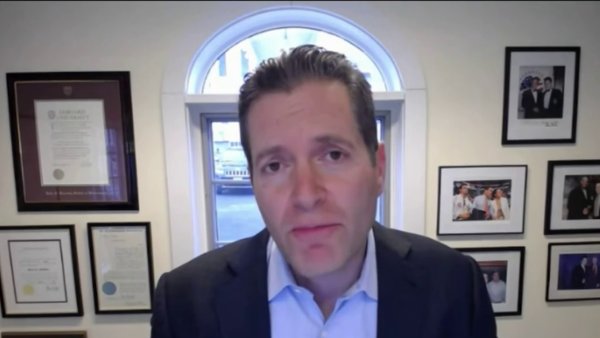 Other words related to Judaism were used in play calls, likely starting between 2010 and 2012, the investigation found. A play call of "rabbit" evolved into "rabbi," and then other terms like "dreidel" and "Hanukkah" were introduced.

"The use of any religious, ethnic, racial, or sexual related term as an audible or a nickname can be deemed offensive to a reasonable person and give rise to actual acts of discrimination. The use of seemingly benign religious terms for plays and nicknames is no less appropriate than using words commonly associated with racial or ethnic cultures," Antonucci wrote

The superintendent closed the report by saying, "while there are no excuses for what has occurred, moving forward, it is the mission and goal of the Duxbury Public Schools, working with the greater community, to foster and create a diverse and inclusive educational setting, both in our classrooms and in our athletic and cocurricular programs."

The school district says it's working with the Anti-Defamation League regarding the seriousness of the allegations.

The investigation was conducted by attorney Edward Mitnick, who interviewed 52 people, including current and former coaches and players, as well as parents and teachers.

The district was working with the Anti-Defamation League on how it would respond in the near- and long-terms, officials said in a recent message to members of the community.

"The outrage is real, warranted, and we hear it. The fact that members of our school community used such offensive language, including anti-Semitic language, is horrifying and disappointing," they said