Firefighters moved quickly to knock down an early morning blaze in Brockton on Monday, though 11 residents have still been displaced as a result of the fire.

The Brockton Fire Department said it responded to a scene on Ames Street shortly after midnight, extinguishing the flames in about 10 to 15 minutes. No injuries were reported to anyone on the scene of the six-unit apartment building, which officials say has both water and smoke damage.

Two units were heavily affected, fire officials said. The fire is believed to have started in a unit on the second floor in the living room.

The quick actions of a mother who lives on the first floor of the building, Chela Casimir, were critical in ensuring every resident got out safely.

"I go back inside and grab my passport, grab everything I could and tell them 'get out,' and then I went back inside and tried to wake up everybody on the second floor," Casimir said. "When I looked around I saw everybody’s car outside and I said 'oh my god, they didn’t know,' they were sleeping. And I just said I’m going back inside. So many people said no no don’t go please, but I said I have to go."

The cause of the fire remains under investigation as firefighters continued to check for hotspots on the scene.

Jean Philippe, who lives at the residence, credit Casimir with saving his life.

Philippe said he would've kept sleeping and likely wouldn't have survived if Casimir hadn't risked her own life to save his.

The American Red Cross has been assisting the families on Monday morning as they prepare to find a place to stay.

With some of her fellow residents calling her a hero, Casimir downplayed the notion.

"I don’t feel like I’m a hero, I feel like neighbors watch out for their neighbors," she said. "If I have to do it again, then I will do it." 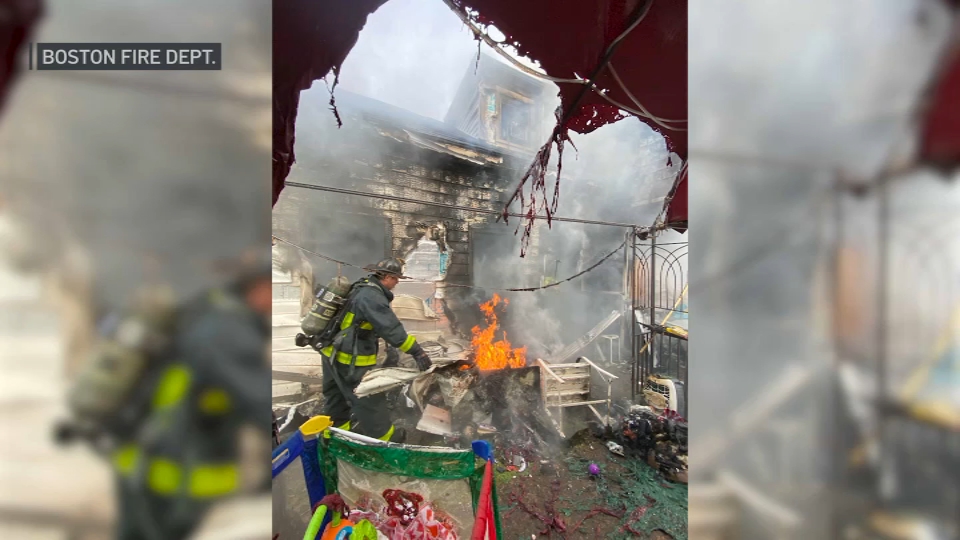