Relatives of fallen Worcester police Officer Manny Familia spoke on Monday about his selflessness on the job and the incredible father, brother and friend he was for his tight-knit family.

He said losing Familia was like losing a part of himself: "We had a special bond, my family, his family, we were brothers."

So tight was their bond, Familia worked hard to join Maracallo in the ranks of Worcester's finest.

"He bounced around a lot of departments and finally got to Worcester. He went through like five academies, God Bless his soul," said Maracallo, "It was his dream come true."

The 38-year-old Dominican native proudly served for five years as a Worcester police officer. As a dedicated dad to a teenage daughter and son, those who knew him best know Familia didn't think twice about trying to rescue the 14-year-old boy, identified by family as Troy Love, who drowned in Green Hill Pond Friday.

Maracallo said he was "a hero trying to save another person, a young man's life, pretty sure that, without hesitation, he went in."

Now, without hesitation, his brothers in blue are supporting the family he leaves behind. 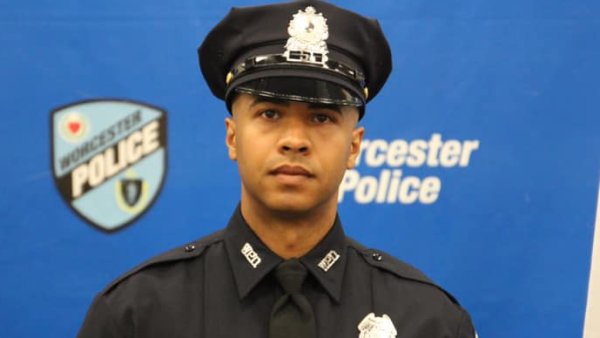 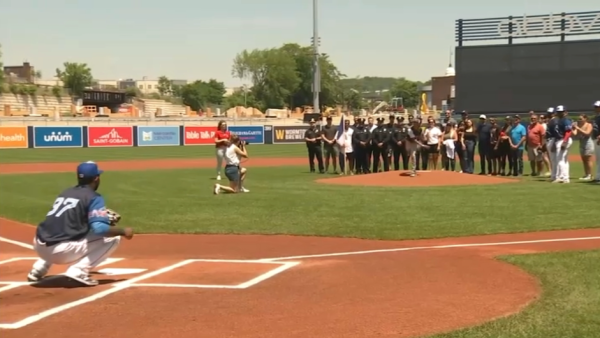 More than 100 members of the Worcester Police Department showed up Sunday to support Familia's 13-year-old son Javon in his playoff baseball game.

"This is just a show of how much he was loved, how much my brother was loved, and how many people he's touched," said Familia. "And that's with the uniform. Without the uniform he was the same guy."

Touring a vaccine clinic in Dorchester on Saturday, Gov. Charlie Baker was asked about the shootings of two Braintree officers and the drowning of Worcester Officer Enmanuel 'Manny' Familia.

Maracallo said, "It just hurts a lot, we're going to miss him."

Familia's wake will be Wednesday from 4-8 p.m., with the funeral Thursday at 10 a.m. Both will be held at St. John's Catholic Church in Worcester. The city will be announcing more details on events Tuesday afternoon.