Fatal Shooting of Man Under Investigation in New Bedford

The fatal shooting of a man Tuesday night in New Bedford, Massachusetts, is under investigation, according to the Bristol County District Attorney's office.

Police found the victim in the area of 139 Dartmouth St. just before 10 p.m. while responding to a reported shooting, authorities said.

The man was taken to St. Luke's Hospital where he later died, according to the district attorney's office. 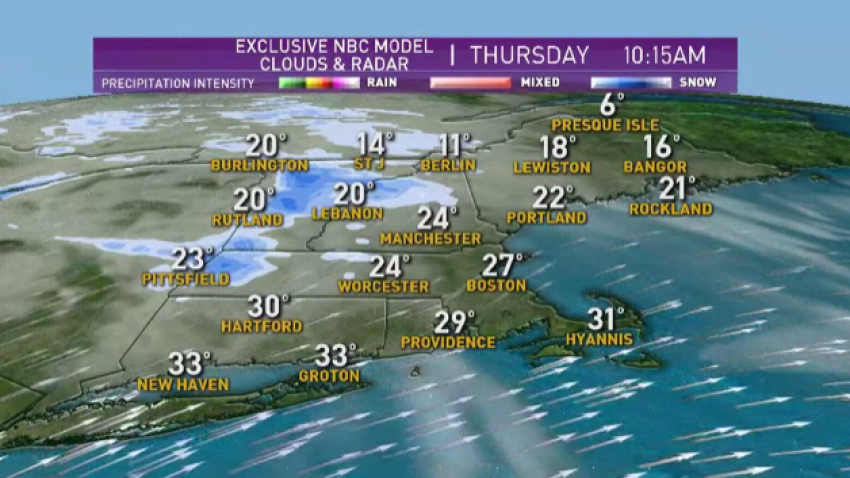 Flurries and Snow Showers Stick Around Through Friday in New England

The man was identified by the district attorney's office as 41-year-old Ausarmaat Rahotep of New Bedford.

The case is being investigated by Massachusetts State Police.

No other information was made available.