As calls to defund the police echo throughout the country, some students and parents in Framingham, Massachusetts, are calling for the removal of school resource officers.

Advocates say students of color are disproportionately affected by police in schools and they want the funding to be spent elsewhere.

"All we see is overdisciplining of students of color, and they are just enabling the system that we already have to fight everyday," senior Mira Donaldson said.

Donaldson is part of the Black Student Union at Framingham High School. She said many of her classmates see the school resource officers as a threat.

"If anything, they make us feel a little bit nervous as students of color," Donaldson said. "We would like the money to be spent on something else, whether it be the arts or other programs before or after school."

Her group is teaming up with Framingham Families for Racial Equity in Education. They started a petition calling for the removal of school resource officers in Framingham Public Schools. It has 600 signatures as of Tuesday evening.

More on race and police in the U.S. 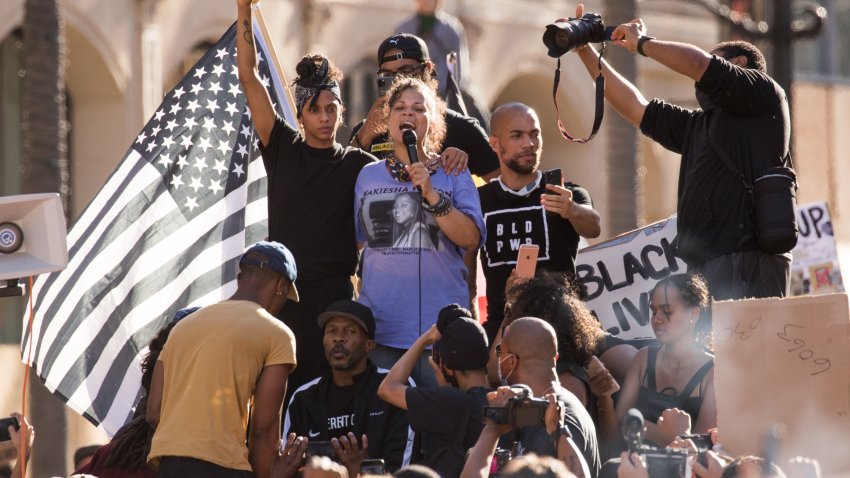 "Everything should be on the table because this is a structural issue," member Katherine Wilson said. "Let's sit down and have the uncomfortable conversation. Let's move forward."

"Listen to the kids who are being affected by it, hear their concerns," parent Scott Edmond said.

A spokesperson for the Framingham Police Department said they are not ready to comment just yet, but on a Zoom call last week, the chief said it was "not on his radar" that so many students see the officers as threatening.

"So we can continue to have a conversation about that. And that's what I'm talking about, having our ears wide open," Framingham Police Chief Steven Trask said.

The group pushing for the change heard from the superintendent Tuesday afternoon. It said it has been invited to be a part of the discussion about school resource officers in Framingham.

"We are grateful for two dedicated officers to support our students and families. We must, however, commit to actions that ensure that our students feel safer -- not more fearful -- with the resources that are provided to us," Tremblay said.