Pence is in New Hampshire on Wednesday, making several appearances throughout the day

Former Vice President Mike Pence said during a speech in New Hampshire on Wednesday morning that he would "consider" an invitation to testify before the House committee investigating the Jan. 6, 2021 Capitol riot.

"Well, I would. If there's an invitation to participate, I would consider it," he responded to the moderator's question at the "Politics & Eggs" event at Saint Anselm College in Manchester. "I'd have to reflect on the unique role I was serving in as vice president. It would be unprecedented in history for a vice president to be summoned to testify on Capitol Hill, but as I've said, I don't want to pre-judge. If there were ever any formal invitation rendered to us, we'd give it due consideration..."

Pence spent the day in the Granite State campaigning and raising money for Republican state lawmakers -- and perhaps setting the stage for a future run for office himself. The former Vice President headlined the New England Council’s “Politics and Eggs” breakfast, a must-do event for possible presidential candidates.

"I've never spent a lot of time in New Hampshire, but I may someday," Pence said.

That’s about as close as he came to disclosing his 2024 aspirations at The New England Council’s breakfast where he had been well schooled on how to connect with his audience.

"New Hampshire is the First in the Nation primary, period," he said.

It’s no secret Pence is considering a presidential bid though as New England College Professor Nathan Shrader points out, there are challenges, even if Donald Trump is not a candidate.

"How many folks in the Donald Trump universe, the MAGA base are going to react negatively to Vice President Pence?" Shrader asked.

Pence has had to walk a tight rope.

He stressed the importance of forward-looking Republican candidates, saying, "we actually don't need candidates that are simply reciting the problems."

"The future's bright if we focus on the future," he said. "I know there are some that want to make this election about the past, but elections are always about the future."

"Look, it's fairly well known that President Trump and I have had our differences. But after years during our administration that saw the politicization of the FBI, where during the tenure of Director Comey it was revealed that FBI agents were promoting political agendas in their official capacities, I was deeply troubled to learn that a search warrant had been executed at the personal residence of a former president of the United States," he said. "I was overseas at the time traveling with my wife on vacation, but I still felt it was important to weigh in. And I called on Attorney General Garland to give the American people a full accounting of the reasons why this action was necessary."

Pence referenced a possible 2024 presidential run Wednesday, saying, "I've never spent a lot of time in New Hampshire, but I may someday."

But Pence also said he wanted to remind Republicans that "The Republican Party is the party of law and order. Our party stands with the men and women who serve on the thin blue line at the federal and state and local level. And these attacks on the FBI must stop. Calls to defund the FBI are just as wrong as calls to defund the police. The truth of the matter is we need to get to the bottom of what happened."

Pence got some of his loudest applause with this message to his fellow Republicans: "We can hold the Attorney General accountable for the decision that he made without attacking rank and file law-enforcement personnel at the FBI."

Following his stop at Saint Anselm College on Wednesday morning, Pence was scheduled to make several other stops throughout the day, including in Meredith for a law enforcement roundtable and in Bretton Woods to be the keynote speaker for a GOP event.

Here is the former Vice President's full agenda for his New Hampshire trip:

Pence is headed to the Iowa State fair on Friday. 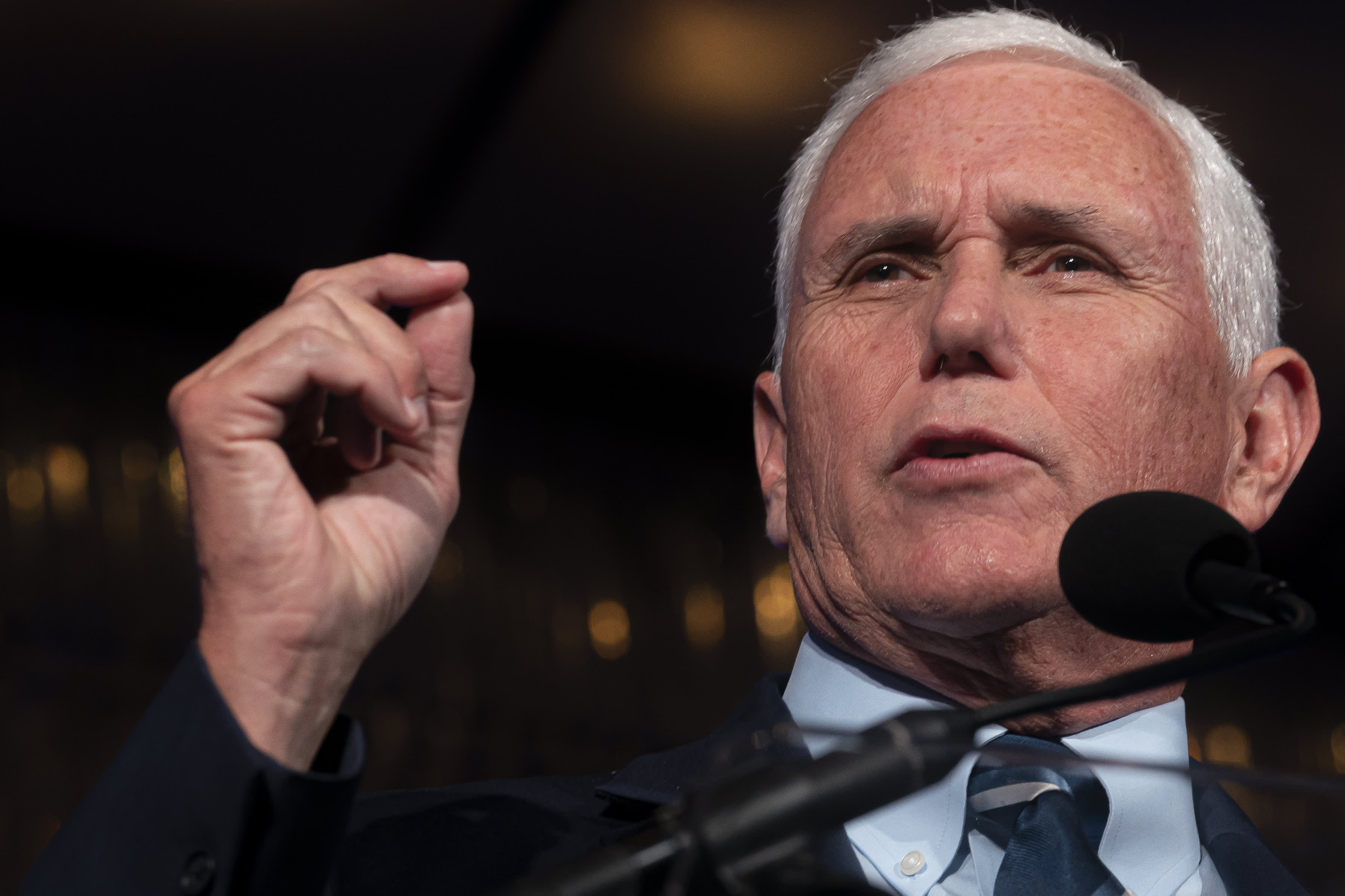 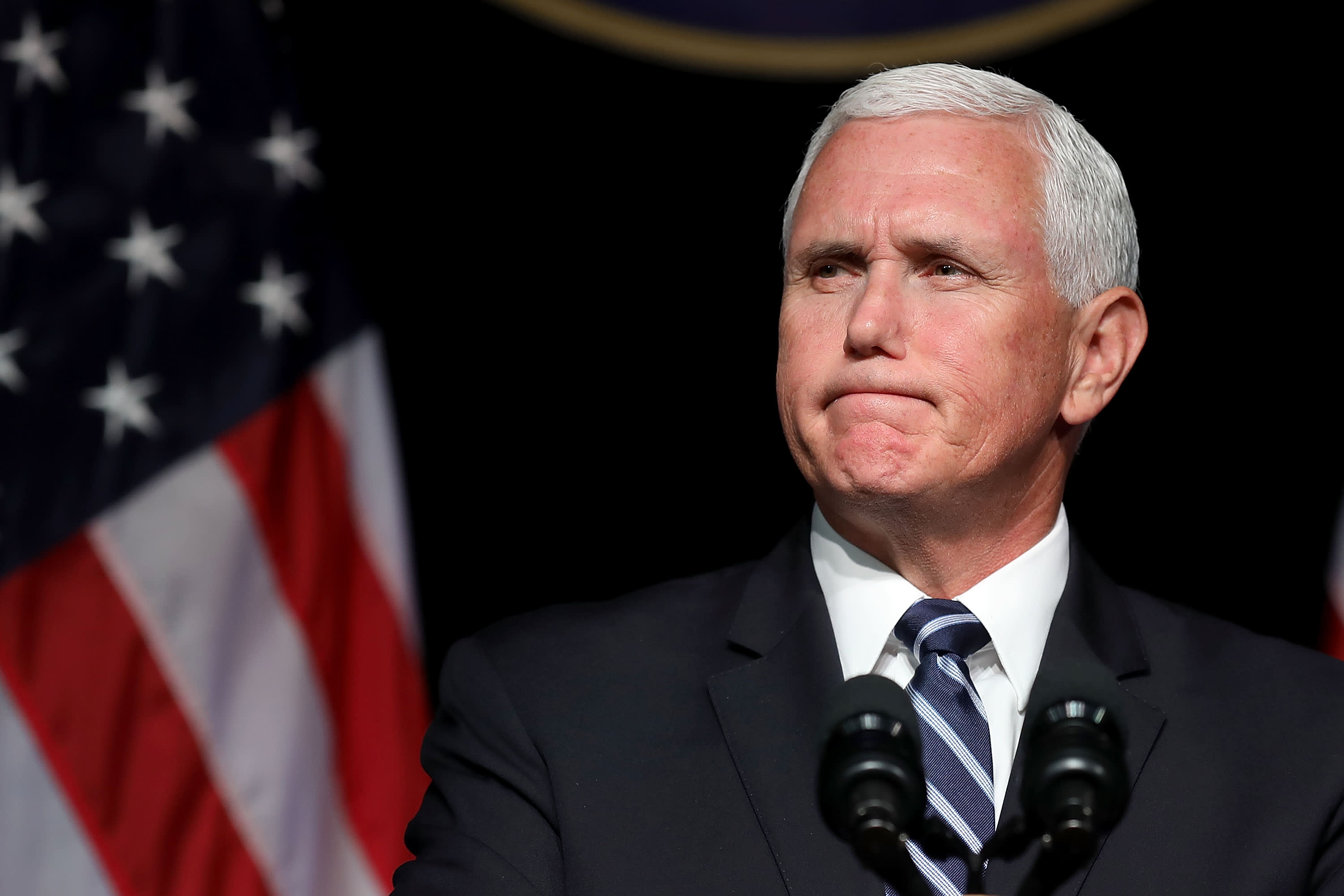