Restrictions on Halloween in Salem will include early shutdowns, closures of parking areas and the curtailment of trains to keep the coronavirus from spreading

Massachusetts Gov. Charlie Baker and Salem Mayor Kim Driscoll on Wednesday detailed new coronavirus restrictions for Halloween in the Witch City in a continued attempt to deter people from visiting and spreading COVID-19.

After adding new safety rules last week, Baker and Driscoll announced new, more stringent measures for the last two weekends in October, which are normally bursting with Halloween revelers, that will make it harder to get to Salem, harder to park and harder to find things to do -- especially at night.

Wednesday's announcement includes early business shutdowns, road closures and travel and parking restrictions for the next two Fridays, Saturday and Sundays, which Baker referred to as the Halloween and Halloween Jr. weekends:

Ahead of Halloween, Salem Mayor Kim Driscoll and Mass. Gov. Charlie Baker announce closures and restrictions to prevent the spread of the coronavirus.

"We normally welcome throngs of visitors from around the globe to our community," Driscoll said at a news conference in Salem. "This is just not the year and we want to send the message that, if you want to come to Salem, come in November, come next year."

Though many of Salem's traditional Halloween festivities have already been canceled this year, crowds are showing up in costume anyway. City officials have been urging people not to visit in October, a stark contrast to years past, when Salem advertised Halloween festivities and welcomed the large crowds who came.

But this year, Salem is using advertising dollars to keep people away, aiming to keep the crowds this year to a fraction of the 50,000-60,000 who usually come to the city each day in October.

The city and state have already announced a slew of changes for this year's Halloween festivities, the traditional economic driver in Salem, including the cancellation or severe curtailment of many Haunted Happenings events.

Salem is canceling events and encouraging people not to crowd the downtown area.

Restrictions announced last week, effective through Oct. 29, include limited access and barriers along the Essex Street pedestrian mall. Businesses that had not yet put in place advance reservations and ticketing systems were also advised to do so.

The latest changes will dramatically limit what events will be possible for what are usually the two busiest weekends in Salem, especially at night.

Asked if local businesses area on board with the 8 p.m. closure rules given the financial hit that may mean for them, Driscoll said she thinks they understand: "It's not just about October, it's about November, December, January."

City hotel tax revenues are already down 55% and restaurant taxes down 35% from last year, she said. But she's hoping businesses will work with the city and state, rather than defy the rules.

"I'm hoping that we're not going to have to push people into a corner," Driscoll said.

In years past, the city of Salem welcomed visitors around Halloween time and even advertised the freaky festivities. But during the pandemic, they're turning people away. City officials are urging people with plans to visit Salem in October to postpone their trip.

There's some worry among business owners who spoke to NBC10 Boston Wednesday, but also understanding.

"We work harder for less this year," Magic Parlor owner Rob Fitz said with a laugh, "but we're still doing it."

The city implemented coronavirus safety rules for visitors earlier this month, including reservation requirements, and beefed up its police presence to prevent crowds. It also launched an online tool that shows the approximate crowd levels based on car counts and people at commuter rail stations.

Driscoll has held off on adopting relaxed coronavirus restrictions from the state. Shops, restaurants and attractions continue to operate at reduced capacity -- 25% indoors. And although state regulations allow 10 people per table at restaurants, Salem has kept the local limit to six.

More on Halloween in Salem During COVID 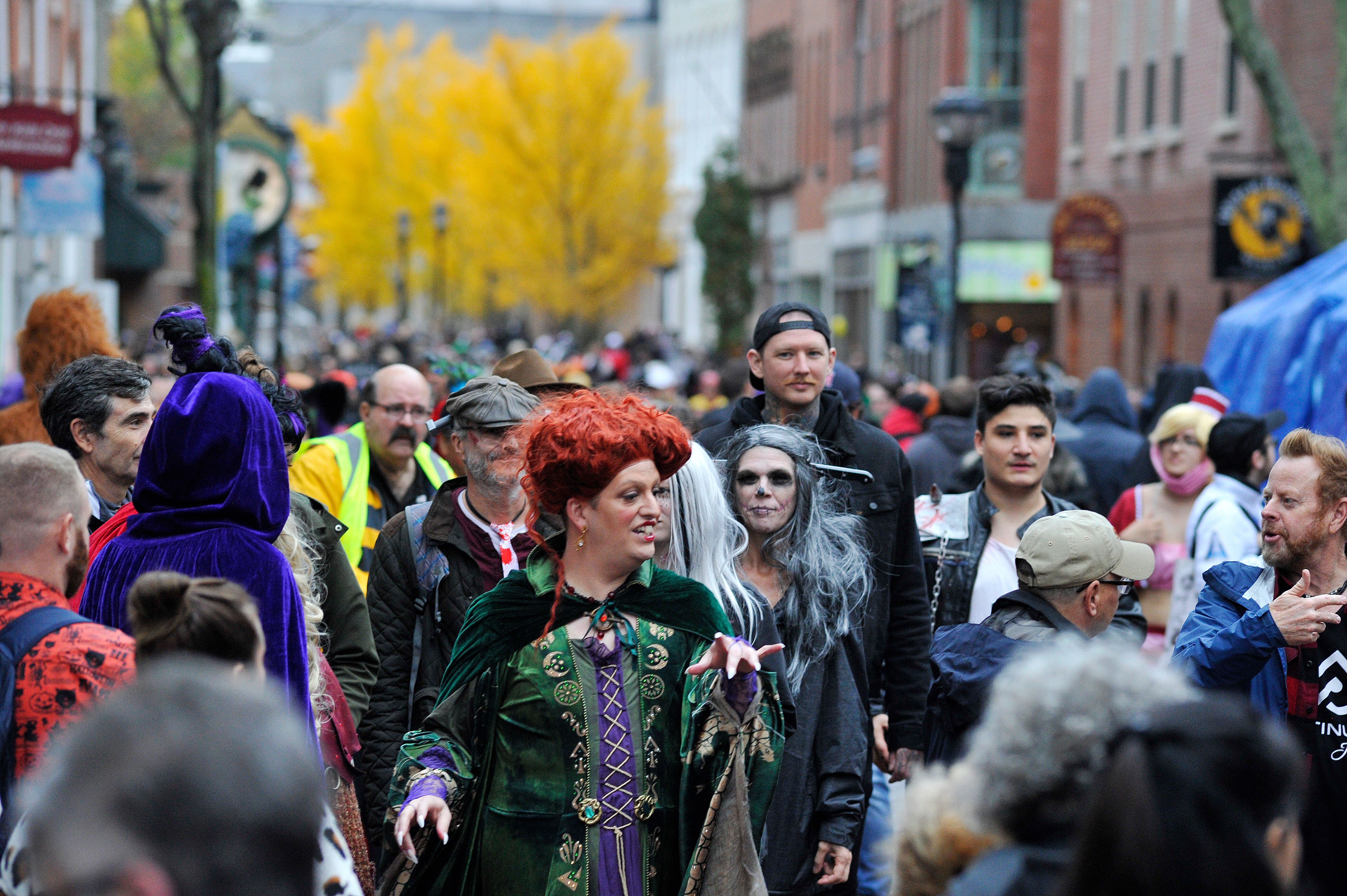 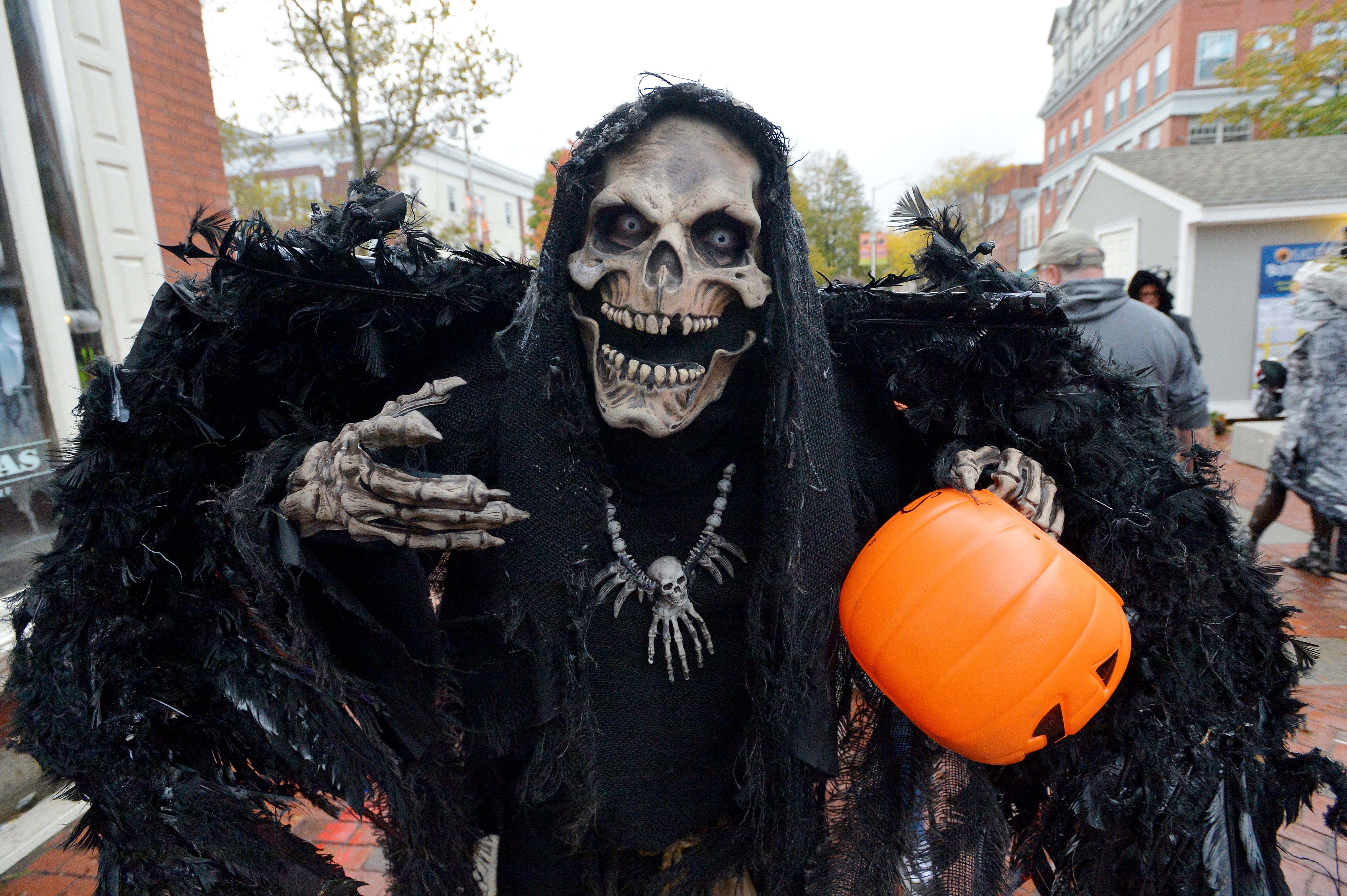 Halloween in Salem During COVID: Here's What to Know