Young Anthony Smith of Salem, New Hampshire, who was born without his right ear and hearing loss on his left side, inspired Marvel's "Blue Ear."

In a blue cape and a mask, Anthony Smith isn't dressed for Halloween. The outfit is what he must wear to work every day.

When asked if he is a superhero, the 6-year-old simple replied, "Yeah."

The little boy from Salem, New Hampshire, was born without his right ear and with hearing loss on his left side. 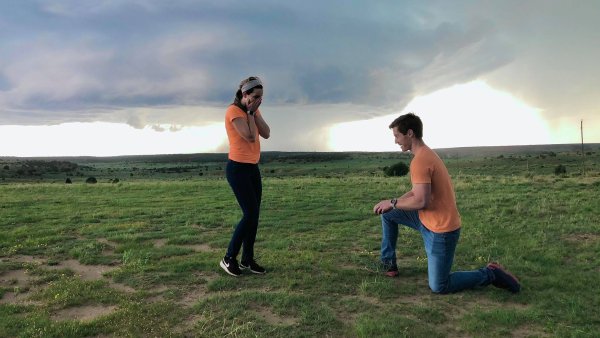 She Was Blown Away: As the Tornado Touched Down, So Did His Knee 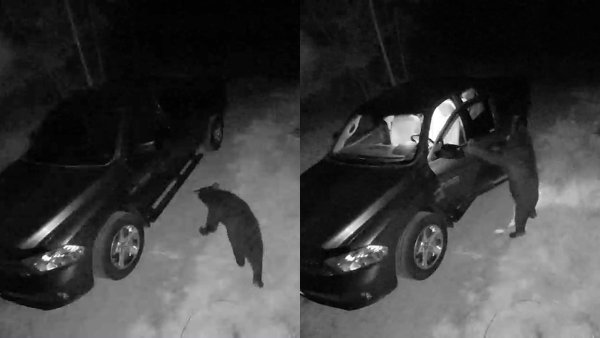 Now Anthony, and his original blue hearing aid, are the inspirations behind one of Marvel’s newest superheroes, Blue Ear.

"Oh, it was fantastic," Anthony told NECN. "I’ll show you the first page."

His mother, Christina D'Allesandro, explains how all of this started.

"One day, he woke up and said, 'Mommy, superheroes don’t wear blue ears,'" she explained.

It was two years ago on that morning that Anthony refused to wear his hearing aid.'

"This little boy loves superheroes, and that’s always been his thing, do you have a superhero for him?" D'Allesandro recalled her message to Marvel.

They did. Creative Director Bill Rosemann replied with a photo of the world famous avenger, Hawkeye, who wears a hearing aid. That wasn't the end of it.

"We're like, 'Oh my God, somebody crafted him a superhero,' and two days later, another one came, this one in full color," she said.
"Anthony was like, 'Oh my gosh, there’s the Blue Ear.'"

"These two people at Marvel decided to draw a picture that sounds like a simple thing but it had real impact in his life, that’s the power of Marvel and of superheroes,” Rosemann said in a phone interview with NECN. "Then there is Anthony himself .. We just sent some art and he decided he was going to be that hero and that’s really awesome."

Thanks to a partnership with the Children's Hearing Institute, Blue Ear got his own comic book.

"I'm happy with it," Anthony said.

Students and teachers in New York City received 150,000 issues. Now, what once made Anthony "different" makes him proud.

"We have had people stop in the supermarket and say, 'Aren't you a superhero,' and he’ll be like, 'Yeah, I am, you know,'" said D'Allessandro.

It’s a big responsibility for a little boy, but like all the other obstacles he’s overcome, the 6-year-old is up for the challenge.

"He likes to wow us with his powers," D'Allesandro said as her son lifted a box of tissues over his head as if it were a car.

"I can pick it up," Anthony said laughing.

Rosemann and D'Allesandro say they get phone calls every day from people all around the world requesting a Blue Ear comic book.