Heavy Snow Falls Across Mass. at a Rate of 1 to 2 Inches Per Hour

About a dozen crashes had already been reported as of 5:30 a.m.

Snow has begun falling on Friday morning in what looks to be the first big winter snowstorm of the year, with some areas expected to see as many as 8 inches before it's all said and done.

Heavy snow could already be seen in Worcester and Bridgewater as of 5 a.m. Visibility was significantly reduced.

The storm is expected to make a mess of the Friday morning commute. About a dozen crashes have already been reported, and snow had started to stick on roads like Route 24 in Bridgewater. Route 128 and Route 1 are also both a mess, with snow falling at a rate of an inch an hour.

"Stay off them if you can," Massachusetts Department of Transportation Highway Administration Jonathan Gulliver said of the state's roads on Friday morning. "It's going to be a difficult day on the roadways."

He said conditions will be slippery for some time even after the snow stops falling until the 2,500 pieces of MassDOT equipment are able to completely clear the roads.

Dozens of flights are already canceled across the northeast, including a handful at Boston Logan International Airport.

Massachusetts Gov. Charlie Baker told non-emergency state employees to stay home Friday and asked residents to stay off the roads and use public transportation when possible. The City of Boston canceled school, along with hundreds of other districts.

The Massachusetts Department of Transportation said it planned deploy around 2,500 plows, front-end loaders and other equipment for this storm, Baker said, and they have up to 3,900 available.

Brockton had about 140 plow trucks -- both city-owned and contractors -- ready to hit the roads.

Plow driver Ed Johnson said some of his workers have COVID-19, but the job will get done.

“It’s going to be a little struggle, couple machines may be sitting with no one in the seats, but we’ll get it done," Johnson said.

Some public works departments are dealing with potential staffing shortages due to COVID call-outs.

In Foxboro, DPW Director Chris Gallagher said about seven workers have been out over the past week due to COVID. But Gallagher said most of those workers will be out of quarantine on Friday.

In addition to dozens of their own trucks, Foxboro also has a steady fleet of about 20 contractors ready to go.

“Most of our routes are covered by more than one truck. Some with two, three, some have four on them so we’ll just pull trucks from different routes and fill the voids,” said Gallagher.

For the first time since her inauguration, Boston Mayor Michelle Wu is contending with a sizeable snowstorm. She gave an update on the city's response to NBC 10 Boston Friday morning.

Brutus Cantoreggi is the public works director in Franklin and is also juggling plow drivers. They’re dealing with a 30% shortage in workers due to the pandemic, down about 11 people.

He said it’s also been tough finding drivers with a CDL license.

More on the Snow Headed to Mass. 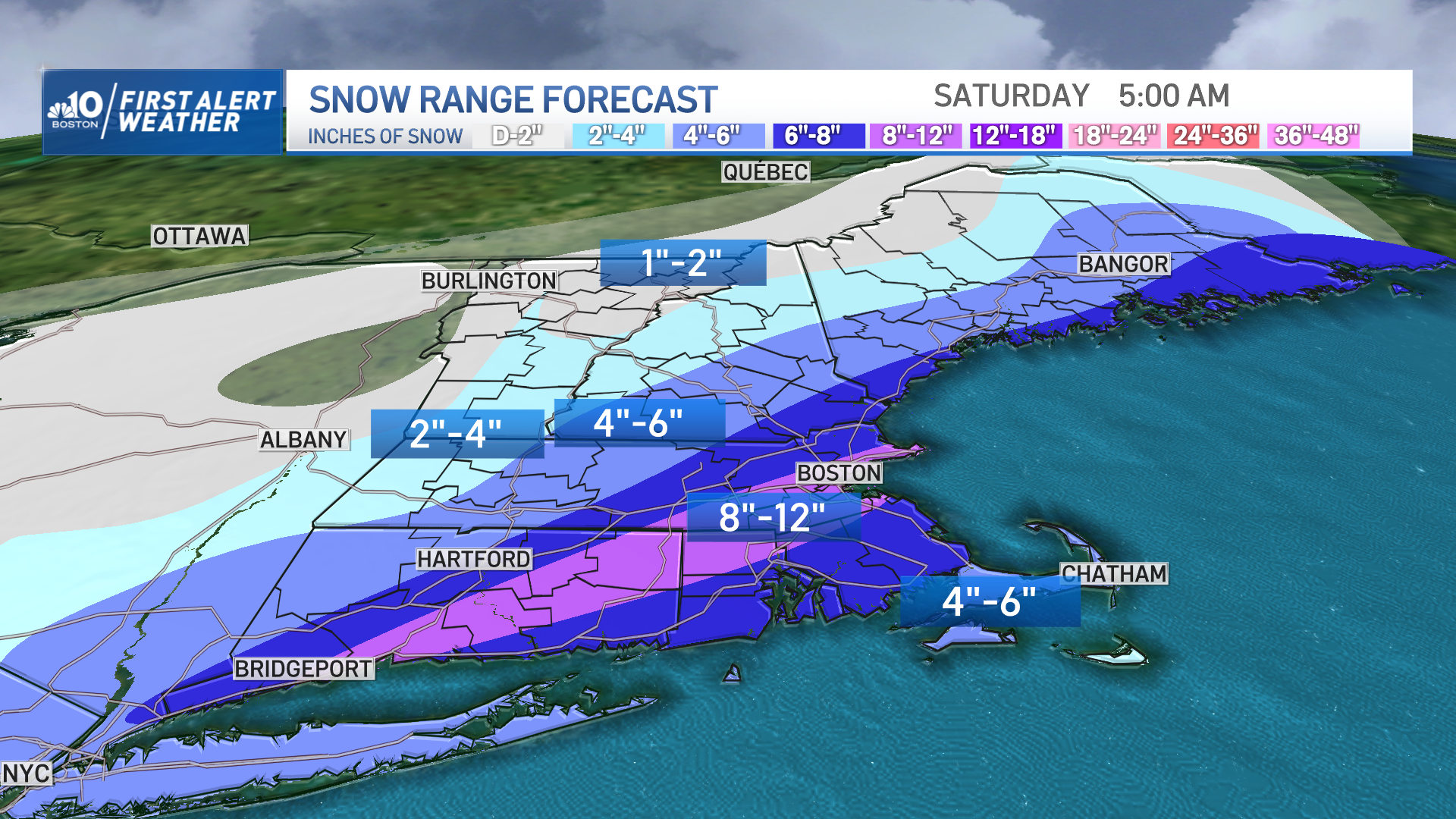 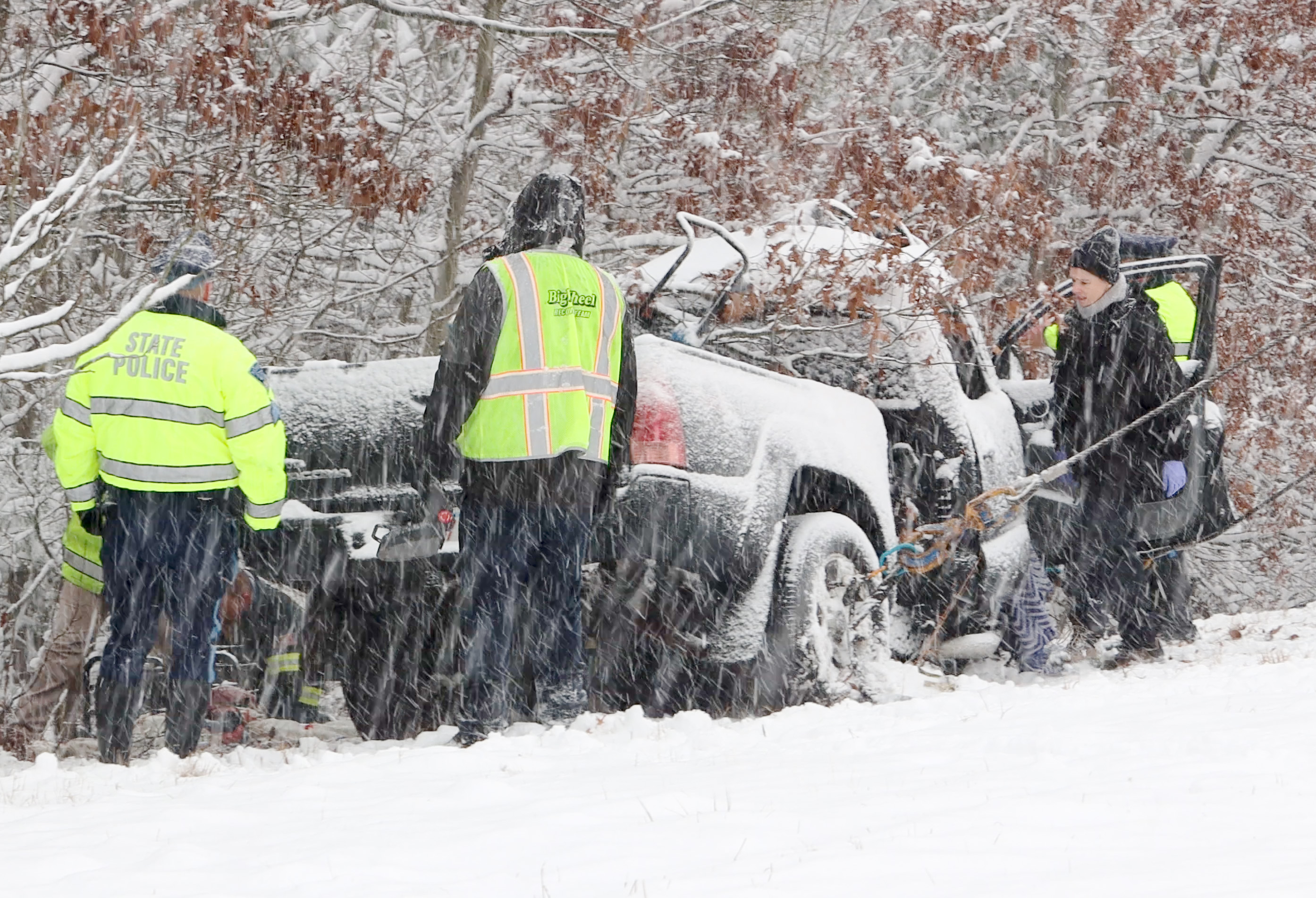 The state is warning that COVID-19 testing sites may shut down due to the weather, and some have already announced closures. If you need to test or have an appointment scheduled, you are warned to contact your testing site ahead, or try to get an at-home rapid test.

Travel by Car or by Train

The most significant snowfall is expected through 9 a.m. The state is asking drivers to keep the roads clear when possible, and asking residents to take public transit if possible.

MBTA officials warned that the system may be affected by the storm, though no changes have been announced. Crews will be at commuter rail stations to clear snow and apply salt and sand.

Steve Poftak, GM of the MBTA, joined NBC 10 Boston to provide and update on the impact the snowstorm is having on service during the morning commute.