A funeral will be held Monday for Boston Police Officer John O'Keefe, who was found dead last Saturday morning outside a Canton home. He was 46

Hundreds of people lined the street outside a funeral home in Braintree, Massachusetts, on Sunday to pay their respects to Boston Police Officer John O'Keefe, who was found dead outside a Canton home during blizzard-like conditions last weekend.

Relatives and friends were invited to attend visiting hours at St. Francis of Assisi Church, located at 850 Washington St. in Braintree, from 3 p.m. to 7 p.m. Sunday.

"He was a very kind soul, and he cared about his family more than anything," O'Keefe's cousin Ryan Rizzitano told NBC10 Boston at Sunday's wake. "He was a very great man."

"He was an awesome human being, he was an excellent police officer," said William Jones, who worked with O'Keefe. "I was very fortunate to work with him, and it's a tragedy. He'll be sorely missed."

The Boston Police Department performed a walk through at 5:30 p.m., with the police force lined up outside the funeral home.

The department said last week it is stunned and saddened by O'Keefe's death, and they are offering whatever support they can to O'Keefe's family.

"John was a kind person, dedicated to his family, and he will be greatly missed by his coworkers and anyone who had the privilege of meeting him," the BPD said in a statement Tuesday.

A funeral mass for O'Keefe will be held at 11 a.m. Monday at the same church, followed by burial in the Blue Hill Cemetery, also in Braintree.

O'Keefe, who was born and raised in Braintree, graduated from Braintree High School and later Northeastern University, before earning his master's degree in criminal justice from UMass, according to his obituary.

The 16-year veteran of the Boston Police Department was found dead early last Saturday morning outside a home on Fairview Road in Canton where his girlfriend had dropped him off around midnight. He was 46 years old.

O'Keefe's family has called him a dedicated police officer and he is being remembered as an exemplary son, brother, uncle, godfather, cousin and friend.

"John will be sorely missed by all who were blessed to have known him," his obituary read.

O'Keefe was also the devoted guardian of his niece Kayley and nephew Patrick -- the children of O'Keefe's late sister and late brother-in-law, Kristen O'Keefe Furbush and Stephen Furbush.

After his sister died in November 2013, followed by his brother-in-law in January 2014, O'Keefe "welcomed the opportunity to raise his beloved niece and nephew and build a home and a life around their needs," his family said in a statement last week.

"People talk about someone who would give you the shirt off their back but that was truly who John was," his family said Wednesday, "and it is heartbreaking for us to suddenly be talking about him in the past tense."

A GoFundMe page was set up for Kayley and Patrick following O'Keefe's sudden death; the "Furbush Children's Fund" had raised more than $245,000 as of 5 p.m. Sunday.

O'Keefe's family said they appreciate the outpouring of support they have received, but they are asking for privacy while they mourn this "unbearable loss."

A woman has been charged with manslaughter and motor vehicle homicide in the death of a Boston Police officer whose body was found outside a home in Canton Saturday morning.

O'Keefe's girlfriend, Karen Read, has been charged with vehicular homicide and manslaughter in connection with O'Keefe's death. Read, of Mansfield, pleaded not guilty Wednesday in Stoughton District Court.

Prosecutors said in court that the couple was drinking at C.F. McCarthy's and then the Waterfall Bar & Grille in Canton before Read dropped O'Keefe off at the Fairview Road home where he was found around 6 a.m. Saturday. He had bloody lacerations on his right arm, his eyes were swollen shut and his clothing was saturated with blood and vomit.

O'Keefe was taken to Good Samaritan Hospital, where he was pronounced dead, and an autopsy was conducted Monday. The results of that autopsy were not immediately released, but prosecutors said in court Wednesday that the medical examiner found several abrasions to O'Keefe's right forearm, two black eyes, a cut to his nose, a two-inch laceration to the back of his head, and multiple skull fractures. Hypothermia is also believed to be a contributing factor in his death.

Read, who posted bail, will return to court on March 1 for a probable cause hearing. 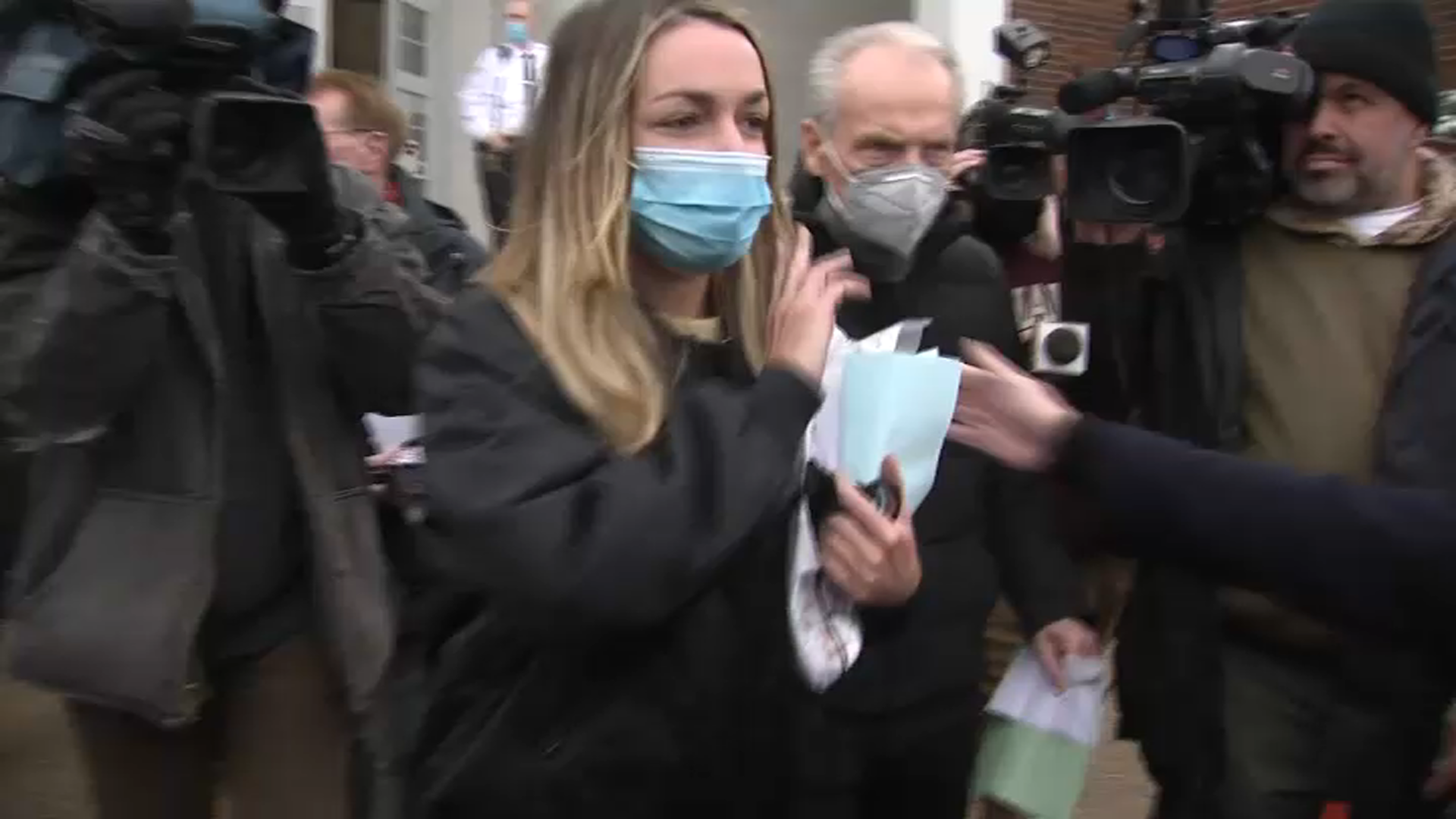 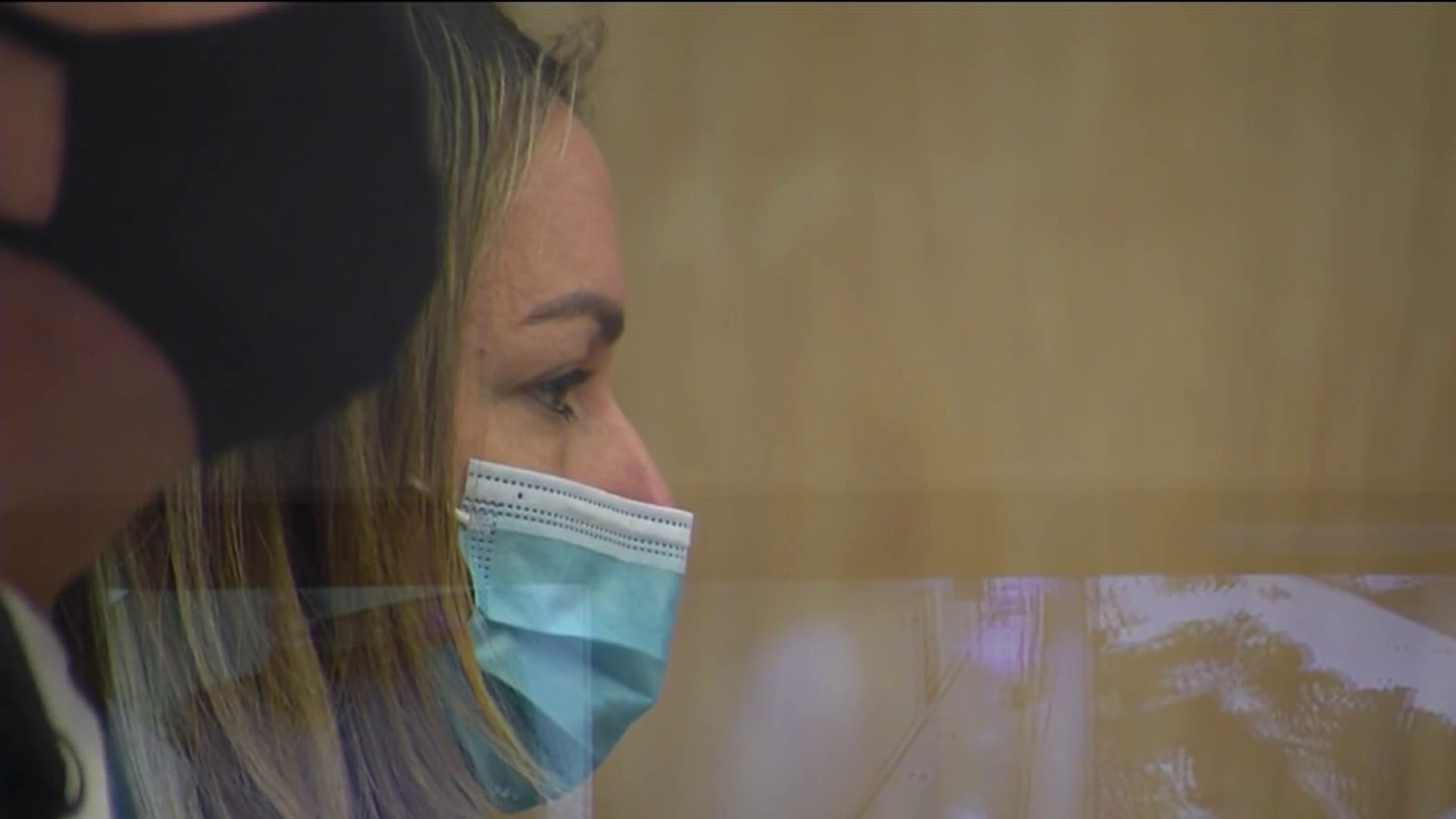 Girlfriend of Boston Police Officer Charged in His Death