The device was discovered near the front door of a home on Mosher Street about 6:45 a.m., New Bedford police said

An improvised explosive device was discovered and destroyed in New Bedford, Massachusetts, Friday, in an incident that brought out state police and Navy bomb technicians, police said.

No one was hurt as the device was investigated and detonated in a controlled explosion, according to the New Bedford Police Department.

The device was discovered near the front door of a home on Mosher Street about 6:45 a.m., police said.

Lisa Ferreira says she didn’t think all that much at first about a small object she saw outside her front door just before 7 a.m. It was wrapped in aluminum foil, but it was heavy and out of place, and concerning enough to her and her upstairs neighbor. 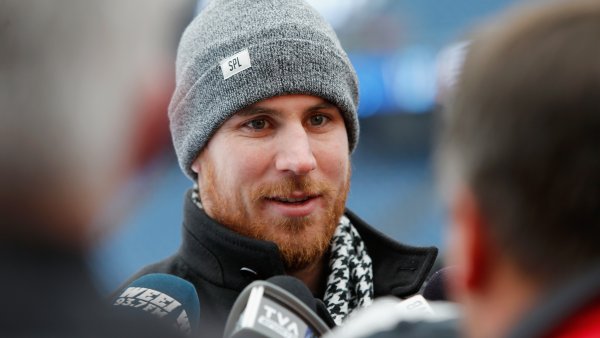 The New Bedford Fire Department and a fire inspector were called, then a bomb squad with the Massachusetts State Police and, from Newport, Rhode Island, a Navy explosive ordnance disposal team.

“Then I came out to put something in the garbage,” said neighbor Maria Borges. “The guy told me to get back in the house and get away from the windows.”

And then neighbors on Mosher Street were told to evacuate while investigators detonated the object.

Teams confirmed the device was an improvised explosive using X-ray technology. The area was evacuated and the device successfully destroyed in a controlled detonation, police said.

“Bad people around I guess,” said Borges. “They have nothing else to do.”

It’s unknown what exactly the device was made of and how destructive it could have been. Nobody has any idea who left it here.

Ferreira says she and her fellow tenants in the three-unit home have no clue either.

“Absolutely none, no, we have no issues with any of the neighbors,” she said. “We don’t have anybody we could think of.”

Police are hoping for some leads from the public. Anyone with information is asked to contact them. Anonymous tips can be left on the department's voicemail at 508-991-6300 Ext. 1.