Investigators Collect DNA in Molly Bish Case: ‘They Really Do Want to Solve This'

"I think this could be the closure that we’re looking for as far as what could have happened to Molly on June 27, 2000,” Heather Bish said in an interview this week with MassLive.

More than 20 years after Molly Bish disappeared from her lifeguard post at Comins Pond in Warren, Massachusetts, there's a new update in the investigation.

Molly Bish's older sister Heather said in an interview with MassLive this week that she has hope her family may get their long awaited closure after investigators recently traveled to an Ohio prison to collect a DNA sample from the son of a person of interest in the case.

It was in June that Worcester District Attorney Joseph Early Jr. announced a breakthrough in the case, revealing that his office was investigating Francis "Frank" P. Sumner Sr. in connection with the murder of the 16-year-old lifeguard who vanished in 2000.

The district attorney said at the time that new information had led authorities to the convicted rapist and kidnapper who died in 2016.

Francis “Frank” P. Sumner Sr., a convicted rapist and kidnapper who died in 2016, has been named a suspect in the murder of Molly Bish, authorities announced.

Now, according to Heather Bish, DNA has been taken from Francis Sumner Jr., the son of Francis Sumner Sr., and will be analyzed in connection to her sister's case.

Meet the detective who's still on the hunt for Bish's killer.

The younger Sumner is incarcerated at the London Correctional Institution in Ohio for aggravated robbery, according to records from the Ohio Department of Rehabilitation and Correction.

The district attorney’s office declined to address specific details about the case Thursday, citing the ongoing investigation, according to MassLive, but Heather Bish said she is encouraged by the latest development.

“This is a long journey,” she told MassLive. “I do feel confident that they brought this person forward a few months ago and they are giving it the full throttle of their efforts so I’m very satisfied and grateful that the Worcester District Attorney’s Office is working so hard on this case even after all these years.”

More on the Molly Bish Case 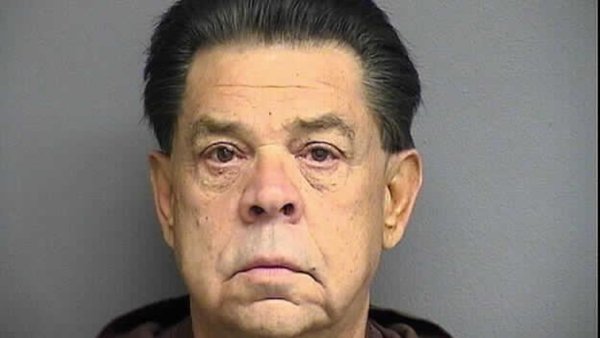 A Suspect Has Been Named in Molly Bish's Murder. Here's What We Know

“It makes me feel like they really do want to solve this and they really are trying,” Heather Bish added. “I do feel like we are getting very, very close. I think this could be the closure that we’re looking for as far as what could have happened to Molly on June 27, 2000.”

Molly Bish was a resident of Warren and her disappearance set off a massive search. Her remains were found in nearby Palmer in 2003, about five miles away in the woods of Whiskey Hill.

Earlier this year, ahead of the 21st anniversary of Molly's abduction, NBC10 Boston spent hours with the Massachusetts State Police detective on the Unresolved Case Unit who's still on the hunt for the teen's killer.​

Meet a Massachusetts State Police detective who continues to investigate the unresolved case of teenager Molly Bish, who was abducted from a pond in June 2000 and found dead three years later.

Heather Bish hopes eventually her sister's killer will be identified so her family no longer has to keep trying to solve her case.

“There’s always this sadness that’s always going to be carried with me because she’s not here. And she was supposed to be. Molly wasn’t sick. She didn’t get into a car accident. She was taken by somebody and so, I think it will be helpful for us to sort of compartmentalize it and put it in a box and say ‘OK we know who did this,'" Heather Bish told MassLive. “And maybe it will never make sense, and we will always miss her, but at least we won’t have to keep trying to figure this out.”