Iranian Student Deported From Boston: What to Know

A Northeastern student from Iran was deported Monday after being denied entry into the United States and held at Boston Logan International Airport, sparking protests and prompting to school to fight on his behalf.

Lawyers for Mohammad Shahab Dehghani Hossein Abadi, 24, are working working with the schools attorneys to keep bring him back to the country after he was deported to France.

Here’s what we know about his case: 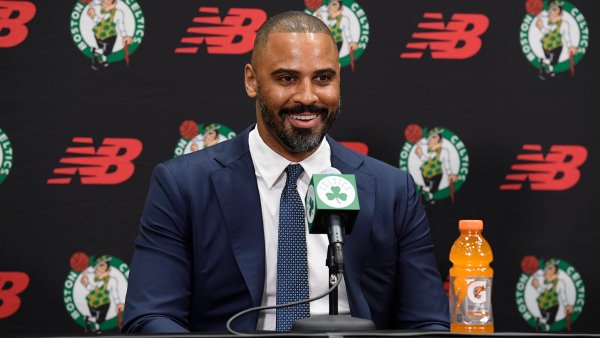 On Monday, federal officials detained the student at Logan Airport. Court documents showed Dehghani’s removal had been stayed for 48 hours and he would remain in the custody of U.S. Customs and Border Protection.

However, the 24-year-old man was instead deported to France, according to the American Civil Liberties Union Massachusetts.

Federal officials told NBC News that in similar incidents, students may be denied entry to the country due to familial connections to people “intricately involved” in a U.S. designated terrorist organization.

It's unclear why the student was denied entry, but the local chapter of the American Civil Liberties Union is involved in the student's case, according to an official with the prominent advocacy group, and a federal lawsuit has been filed to block the student's deportation.

What do we know about the student?

Dehghani, 24, has been a student in Boston for two years – first at the University of Massachusetts Boston and then at Northeastern as an economics and mathematics major.

He was issued a student visa last week and admitted to begin the 2018-2019 academic year before his removal, Dehghani’s lawyers said in court documents.

Amir Tohidi, a friend of the student, said the defendant had already passed a nearly year-long security check to obtain his student visa.

The defendant was trying to return to the city for school when he was denied entry.

A Northeastern University student was deported from Boston's Logan airport because he has family connections to a terror group, sources told NBC News.

What are his lawyers saying?

An attorney for Dehghani said her client’s situation is due to a mistaken identity.

According to the student’s lawyer, the federal government said the man in question has the same name as the student’s father, therefore making authorities believe the student has ties to terrorists.

In wake of their student’s deportation, Northeastern said it has “not received a satisfactory explanation from Customs and Border Protection.” From the beginning, the institution had been in touch with federal officials in an effort to ensure Dehghani’s successful return to school.

Dehghani’s detainment sparked protests Monday evening from peers and supporters calling on his release. A crowd of protesters held signs with phrases such as “Stop deporting students,” and “Protect Iranian students.”

The CBP declined to comment and said it is not at liberty to discuss a person’s processing due to the Privacy Act.