Doug Emhoff spoke one on one with NBC10 Boston after a get out the vote event in Manchester, in which he said the Biden/Harris campaign is taking New Hampshire very seriously.

With a little more than a week to go until Election Day, the Joe Biden campaign dispatched the husband of vice presidential candidate Kamala Harris to New Hampshire on Saturday.

Doug Emhoff spoke one on one with NBC10 Boston after a get out the vote event in Manchester.

“We are taking this state very seriously,” Emhoff said. “It’s a very critical state and we are putting the resources in.”

Emhoff laid out the campaign’s closing argument for Granite State voters who may still be undecided.

“I think the closing argument is clear,” Emhoff said. “We’ve got coronavirus , the biggest failure of any administration in history and it’s getting worse and I think you saw the numbers from yesterday while the president is doing superspreader events, packing people together. Joe and Kamala have a plan on coronavirus.”

It’s clear that the coronavirus pandemic is the top issue for the Biden/Harris team.

Two individuals associated with the Biden-Harris campaign tested positive for COVID-19 on Wednesday. Liz Allen, communications director to Sen. Kamala Harris, and a non-staff flight crew member tested positive, according to the campaign. Harris canceled all in-person appearances until Sunday.

Emhoff headlined a socially distant rally in Manchester, where Democrats told supporters that nothing should be taken for granted.

“It is all about who turns out to vote,” Sen. Jeanne Shaheen said. “If Democrats turn out, we win. If Republicans turn out, they win.”

New Hampshire narrowly went for Hillary Clinton in 2016, and Democrats are hoping the state will go blue again.

That includes fending off personal attacks as President Donald Trump has taken aim at Emhoff’s wife, Sen. Harris, in recent days during rallies in Florida.

“If all they’re left with is baseless personal attacks then you know we are winning,” Emhoff said. 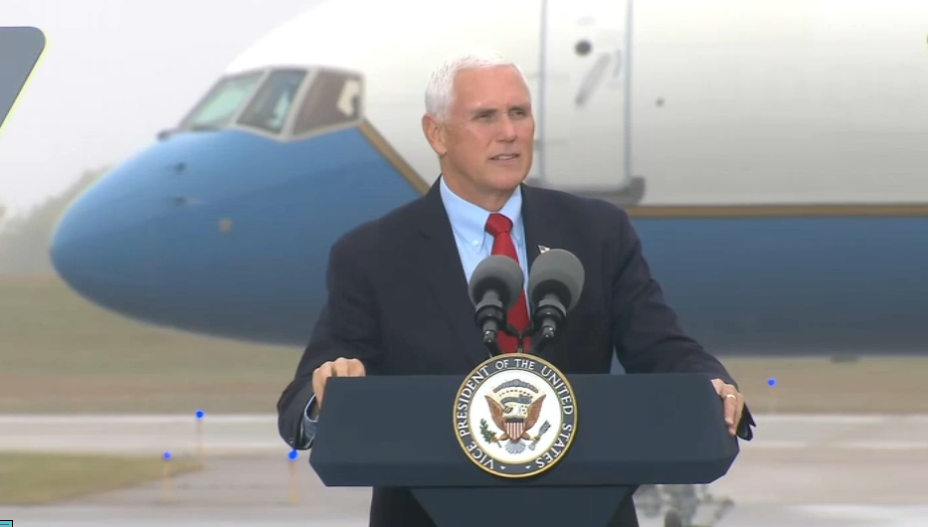