Community members and staff staged a "walk-in" protest at Lawrence High School Monday morning to demand that Massachusetts education officials relinquish their receivership and give back local control.

The protesters walked inside the school with picket signs right before the morning bell Monday in a demonstration, organized by the Lawrence Teachers Union, over a series of brawls that have broken out among students in recent weeks.

The Lawrence Public School district has been under receivership since Massachusetts education officials intervened about a decade ago. The state has been in control since, listing the schools as “requiring assistance or intervention.”

During a rally outside the school, staff and educators said that the crisis didn't happen overnight and blamed the state for a lack of support. Lawrence Mayor Kendrys Vasquez was among them Monday morning.

"The state has been silent in allowing local controls of our schools," Vasquez said. "I think that it's important that we start those dialogues now to ensure that we have a smooth transition plan to empower our community members, our educators and our students."

Faculty at the school have also blamed the students' behavior, in part, on understaffing.

“I think it’s symptoms of a problem where, if you’re a student that needs help and there’s no one there to help you, then you look for other outlets, unfortunately," Lawrence High School teacher Heather Levine.

Five students were arrested last week alone for getting into fights and school staff members have been injured trying to break them up. Violent videos of the fights have been circulating on social media, prompting parents and teachers to rally for change at Lawrence High School Friday night.

“The school department has failed to respond to the social and emotional needs of traumatized students,” said Kimberly Barry, president of the Lawrence Teachers Union. “We can’t just ignore the problems students bring to school with them and jump right back to testing them without any effort to rebuild a school community. They’re kids and we need to invest in staff and services that make them feel valued.”

Elected officials in Lawrence organized an emergency meeting Monday evening to address the recent spate of violence. Officials are calling on state Education Commissioner Jeff Riley to join them.

Vasquez, who also chairs the Lawrence School Committee, called Thursday for the committee and the Lawrence City Council to sit jointly for the meeting, and asked that Riley, or his designee, as well as Lawrence Superintendent Cynthia Paris, be in attendance.

Vasquez said that, "while the District and DESE have scarcely participated in the City's public forums, School Committee or Council meetings, when asked to appear," he hopes that "in this opportunity they will participate and at the very least acknowledge the concerns of community members."

School officials said the increased police presence at the school will continue “indefinitely” to help curb the rise in fights. Officials have also begun to stagger dismissal times in an effort to limit large groups in the building.

Some leaders proposed restricting students from using social media while at school, which they say is being used to fuel the fights. The superintendent vowed to consider all proposals to address student behavior last week. 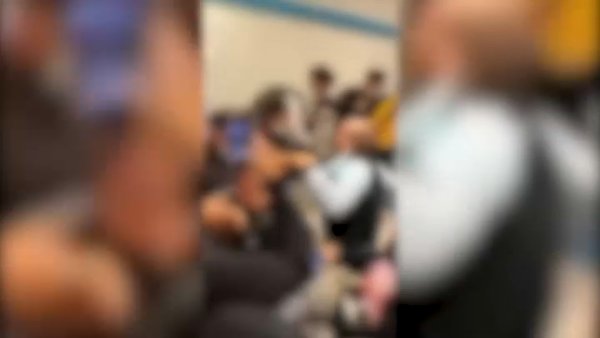