A New Hampshire teacher's union, several educators and parents sued the state's top education, human rights and law enforcement officials Monday over a state law that limits the discussion of systemic racism and other topics, saying it curtails speech, limits the free exchange of ideas and hurts students.

The "Prohibition on Teaching Discrimination" law, passed in June, prohibits teaching children that they are inferior, racist, sexist or oppressive by virtue of their race, gender or other characteristics.

An earlier version of the legislation echoed a now-rescinded Trump administration order that sought to ban discussion of "divisive concepts" in schools. The law that eventually passed allows for instruction on the "historical existence" of the ideas, and puts a focus on strengthening anti-discrimination laws.

But it also allows disciplinary action to be taken against teachers who violate the law.

The lawsuit, which calls on an enforcement ban and a jury trial, was filed in federal court by AFT-New Hampshire, which represents 3,400 public school teachers and related staff; three high school teachers; and two parents.

More on Teaching Race in Schools 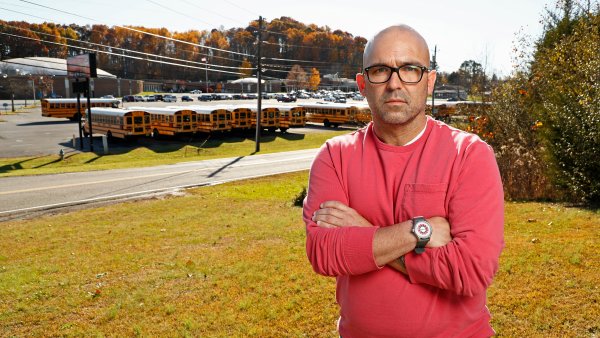 New Laws Steer Some Teachers Away From Race-Related Topics

AFT-New Hampshire President Deb Howes said teachers work in fear of being "targeted without evidence by people with a political agenda."

"Educators are terrified of losing their teaching license over simply trying to teach," Howes said.

She said one reason the lawsuit was filed was in response to a conservative group's offer to pay $500 to the first person who "catches" a teacher violating the law after the Education Department set up a website to collect complaints against teachers. The conservative organization told supporters in a tweet to designate online donations as "CRT Bounty's," referring to critical race theory.

AFT-New Hampshire believes the state is one of eight Republican-led states that have passed laws aimed at censoring discussions around race and gender in classrooms, prompted by concern over critical race theory.

The term critical race theory has a different meaning now from when it was initially taught by legal scholars in the '70s and '80s. States have passed laws banning teaching the concept, which originated in law journals, and recent political campaigns have used it as a wedge issue, leaving teachers scared that any race-related lesson will break the law. Insider Voices of Color reporter Gwen Aviles explains.

The lawsuit said the Commission for Human Rights and the attorney general's office have issued guidance to clear up ambiguous language, but even those agencies agree the law is confusing.

Ryan Richman, a plaintiff in the lawsuit who teaches high school world history in Plaistow, said he asks his students to discuss events in the news and their connections with the past.

"Nine times out of 10, they want to discuss stories about oppression and how they've observed or experienced it — the Rohingya genocide, the Uyghur genocide, the Black Lives Matter movement. I shouldn't lose my license for honestly discussing current events in my classroom," Richman said in a statement.

What is critical race theory in education and why has it become so controversial? We define CRT and explain its main tenets.

He also questioned how he and his students can discuss the Nazi philosophy that the Aryan race was superior to all others, and the history of human chattel slavery in the American South and its impact on African Americans.

"Clearly any instruction that teaches students they are inferior or superior due to these characteristics is discrimination and it's terribly disappointing that this lawsuit has even been filed," he said in a statement.