The crash occurred around 6 p.m. on July 30, when two trains on the Green Line collided on Commonwealth Avenue, injuring 27 aboard, including four train operators

A man is facing charges in the July trolley crash on the MBTA Green Line in Boston that left more than 20 people injured, police said.

The Boston resident told police he had no memory of what happened before the crash, and told investigators that he thought he'd fallen asleep -- a day after saying he thought he hadn't fallen asleep, according to The Boston Globe, citing court documents.

It wasn't immediately clear if Turner had an attorney who could speak to the charges.

The crash occurred around 6 p.m. on July 30, when two trains on the Green Line collided on Commonwealth Avenue, injuring 27 aboard, including four train operators.

The agency said it was taking steps to fire a trolley operator involved in a Green Line crash that left more than 20 people injured.

This week, the National Transportation Safety Board announced in a preliminary crash report that the driver had put the trolley in "full-power position" before rear-ending the other vehicle. Later that day, the MBTA said it was taking steps to fire a driver involved in the crash, whose name wasn't given.

In its preliminary report on the crash, released on Tuesday, the NTSB found that, "The striking train accelerated to a speed of 31 mph before colliding with the train ahead of it that was moving about 10 mph."

The NTSB said its investigation is still ongoing. Future investigative activity will focus on internal and external oversight, operational testing, crashworthiness of the equipment involved and employee fitness of duty.

Later Tuesday, the MBTA released a statement saying it "is taking the steps necessary to end the employment of the individual involved in the collision."

The statement also noted that the agency quickly put the driver on leave, and that the MBTA and its police department "will continue to work with the Suffolk County District Attorney’s office in its ongoing investigation into the trolley operator’s actions."

Two trains on the Green Line of the MBTA collided Friday, injuring dozens of people.

Officials said the operator, who had been on paid administrative leave, was suspended without pay effective Monday. He wasn't operated at the time.

Both trains were heading west out of the city when one rear-ended the other. The MBTA has said 65 to 70 people were on board both trains. 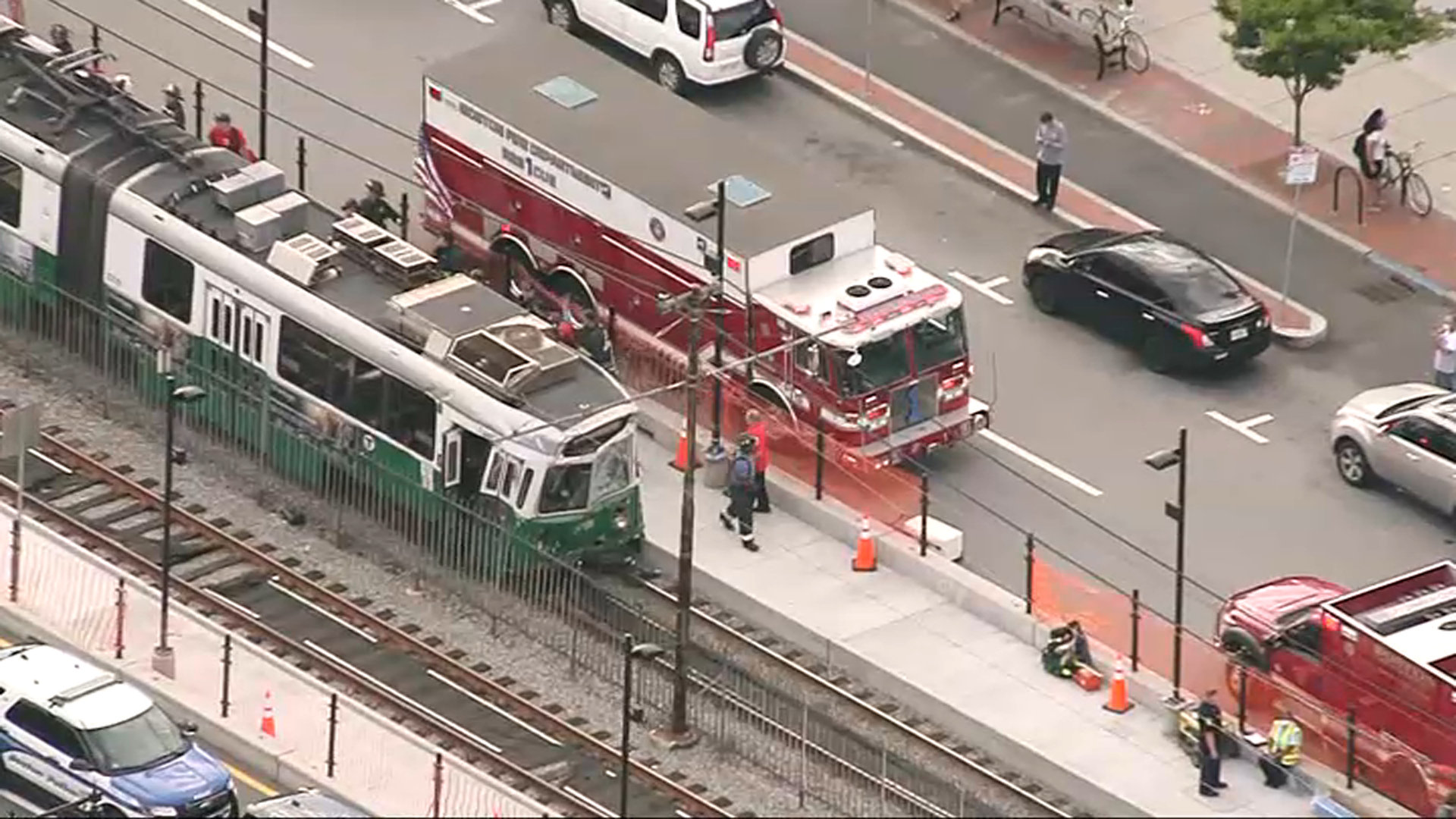