Authorities are continuing to search for the 27-year-old man accused of killing an elderly couple in their home in Marshfield, Massachusetts, earlier this week.

An arrest warrant has been issued for Christopher Keeley, charging him with murder. Authorities held a news conference Wednesday morning to announce the launch of an urgent manhunt for Keeley, warning the public he is considered armed and dangerous.

The Marshfield Police Department responded after 9 p.m. Tuesday to a wellbeing check at a home on Gotham Hill Drive. That's where officers found the bodies of Carl and Vicki Mattson, a couple in their 70s, stabbed and bludgeoned to death, according to Plymouth County District Attorney Tim Cruz. A dog was also found dead in the home.

The medical examiner's office is still working to determine an official cause of death and to learn exactly when the killings happened.

Court documents obtained Thursday by NBC10 Boston show that Keeley had a prior criminal history including several violent incidents.

In June of 2013, when he was 18, he appeared in Quincy District Court on a charge of malicious damage to a motor vehicle in Weymouth, where he lived at the time. He was charged after his 65-year-old grandmother called Weymouth police to report that Keeley "was refusing to exit her vehicle and was also damaging the car." When police arrived, they said they found that the rear driver's side window was smashed and there was broken glass inside the vehicle. The grandmother told police that she and Keeley had been arguing while driving in the car, and at one point he began swearing and insulting her. She pulled over and asked him to get out, but he refused.

In December of 2014, court documents show Keeley was charged with breaking and entering and malicious destruction of property, also in Weymouth. According to the documents, he got into an argument with his sister and attempted to get into her apartment to get his keys. Even after she threw his keys out the door, he continued to pound and kick at the door, eventually kicking it in to get inside.

In October of 2015, he was charged with driving with a suspended license in Weymouth.

In August of 2016, Keeley was charged with unarmed robbery and assault and battery after he and another man allegedly assaulted and robbed a 21-year-old autistic man who was on his way to meet a friend in Weymouth. When police arrived at South Shore Hospital to interview the man, they said he was "covered in blood," with "noticeable swelling" on his face, mouth and eyes. He was also wearing a neck brace. The man said he believed he was hit with a broken bottle during the assault. The victim later had to be taken to Brigham and Women's Hospital in Boston for what was described as a "brain bleed."

The last case out of Quincy District Court stems from an incident in January of 2020 in Quincy, where Keeley was charged with multiple drug and weapons charges after he was found in an SUV with two other men in possession of a stolen 9mm handgun, brass knuckles, multiple baggies and containers containing marijuana and other pills, $2,000 in cash and a digital scale.

The outcome of the above cases was not immediately clear in the documents obtained from court.

Police have issued a be-on-the-lookout alert for Keeley, who may have changed his appearance following the double murder. Marshfield Police Chief Phillip Tavares said he may have even dyed his hair red.

Authorities say they don't believe the murders were random. Keeley was acquainted with the couple who was killed, according to Cruz, but he did not specify how they knew each other.

Prosecutors and police announced the deaths of a married couple in their 70s and a search for the man, considered armed and dangerous, who's believed to have killed them.

Keeley was last known to be driving a 2019 black Jeep Wrangler Unlimited, with Massachusetts plates 7490HT. The vehicle was taken from the scene and found Wednesday afternoon without Keeley or anyone else inside, officials said.

On Wednesday, a lawyer representing the Keeley family issued a statement.

"At approximately 6:30am on Wednesday November 30, 2022 the family of Christopher Keeley was notified that the Massachusetts state police were looking to question Christopher in relation to a situation in Marshfield. The Mass State Police have been given the full cooperation of Mr. Keeley's family. The events that are alleged to have occurred are shocking and truly devastating to all involved. Our hearts go out to the entire Mattson family for their loss. At this point in time, the Keeley family respectfully requests that members of the media please respect their privacy as they begin to process this sense less tragedy."

Police pleaded with the public Wednesday to report any information they have about Keeley's whereabouts.

"If you have any idea where he may be, please call 911 and report it to us," Tavares said.

"The case is ongoing right now," added Cruz. "It's in its investigatory status. The individual we're looking for right now, we consider him armed and dangerous. We do not consider him to be in the area right now. We will be working hard to locate him and arrest him."

Police have issued a BOLO alert for Christopher Keeley of Weymouth, who is being considered armed and dangerous. An arrest warrant charging him with homicide is expected to be filed.

Massachusetts State Police, which spent Wednesday morning processing the scene for forensic evidence, said the agency had "considerable resources we're bringing to bear on this investigation." 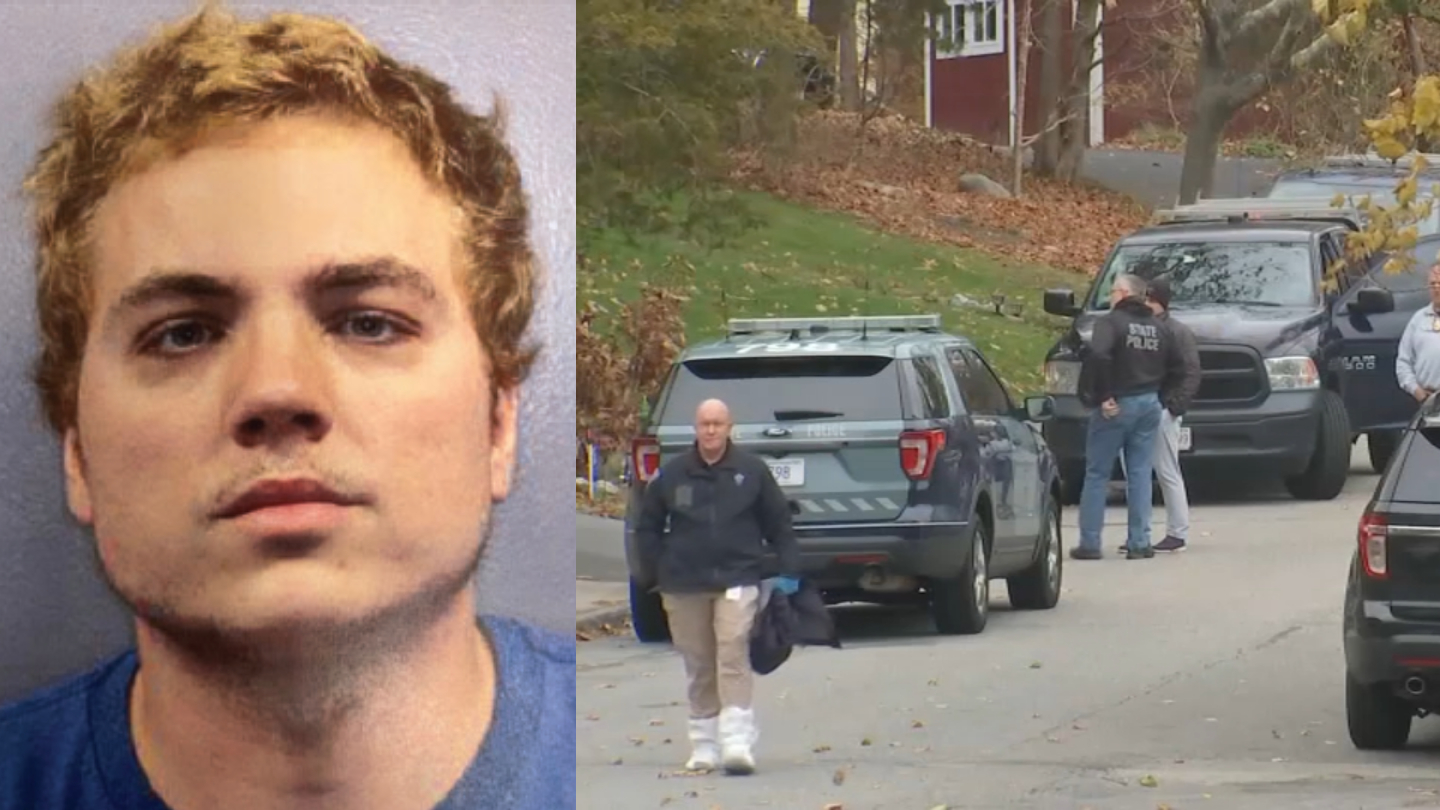 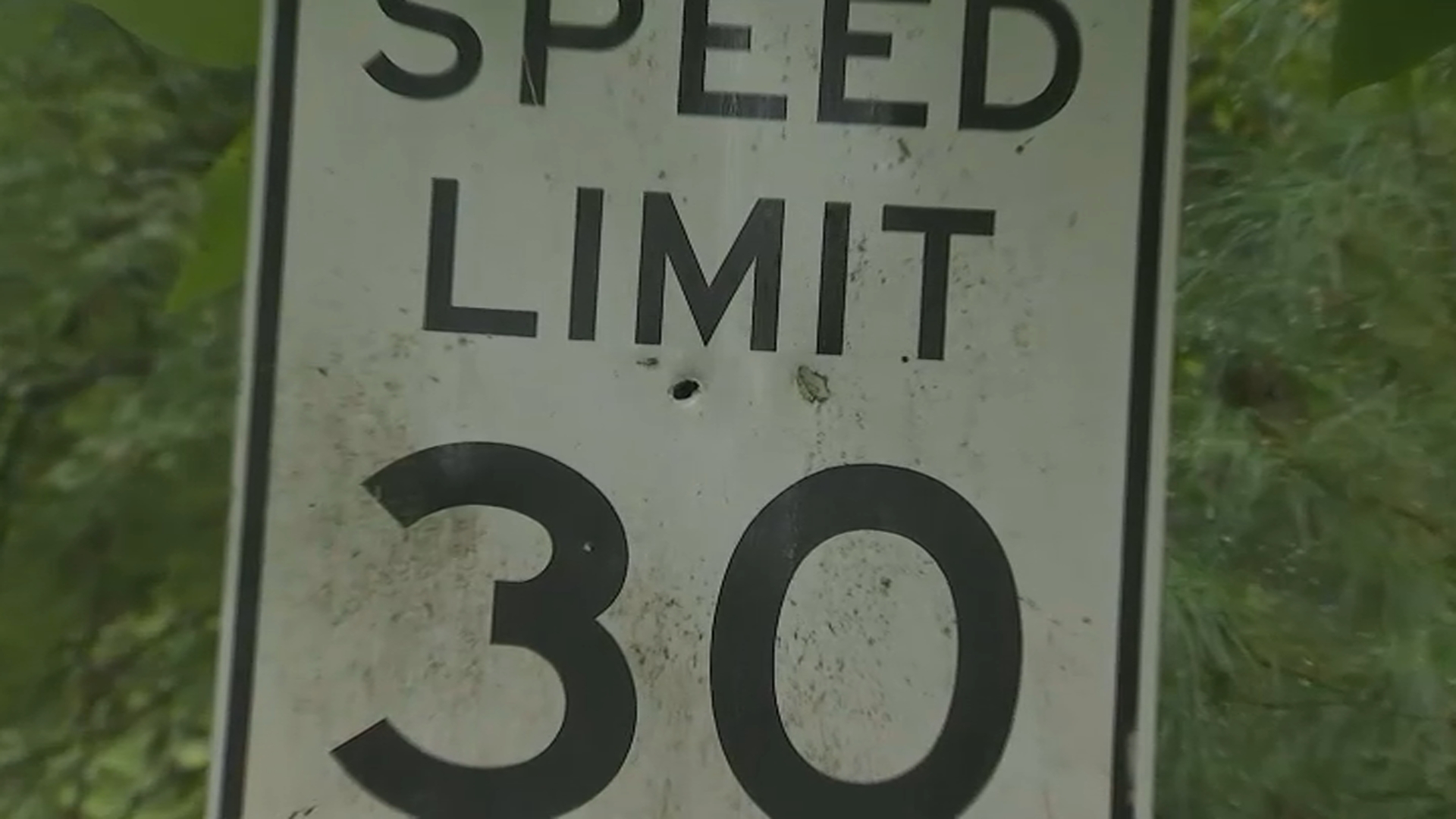