The dispute has ignited a feud between the two shops, which sit about 40 minutes apart.

The family behind Ma's Donuts in New Bedford was planning to reboot the shop this year after it closed in 2016 following more than 60 years slinging doughnuts and coffee. But before the doors opened, the shop says it was notified that Ma's Donuts and More in Middletown, Rhode Island, had obtained a trademark for the name while the shop was closed.

Owners of the Massachusetts bakery said they were being ordered to abandon the original name. In a Facebook post on Thursday, the Lemieux family took a swipe at the rival shop, saying it "took the liberty of trying to capitalize on the Ma's donuts name.''

The dispute has ignited a feud between the two shops, which sit about 40 minutes apart. Loyal supporters of each bakery have taken to social media to argue which Ma's is best. A Facebook page for the Rhode Island store has drawn hundreds of comments accusing it of playing dirty in its bid for ownership of the name.

Owners of the Rhode Island shop say they're only doing what any business would do. On social media, the Leite family said their bakery's name dates to 1993. They argued that their store is a staple in their community, adding that "hometown favorites are always a topic of contention.''

Federal trademark records show that the family applied for the trademark in November 2016, roughly five months after the Massachusetts store shut its doors. The trademark was approved in 2017.

Fans of the Massachusetts store have rallied for a fight, saying the Lemieux family should challenge the trademark. But on Facebook, the family said it's focused on reviving the spirit of the original shop. 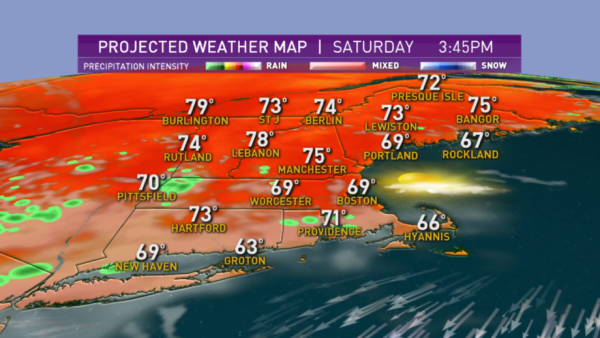 Rain Ends, Sun and Clouds Stick Around Through Sunday

"We are currently working on finding a name strong enough to represent the real Ma's donuts we all love,'' the family wrote.