78% of Massachusetts residents support eliminating fares on public transit buses and just 16% oppose, according to a recent poll from MassINC

More than eight in 10 Massachusetts residents want the MBTA and the state's regional transit authorities to offer discounted service for riders who earn the least, buoying supporters of the policy as state lawmakers weigh making another run at mandating low-income fare options.

Fifty-six percent of Bay Staters surveyed in a MassINC Polling Group poll released Thursday said they strongly support offering low-income fares and passes on public transit, and another 27% said they somewhat support the idea, compared to just 13% who somewhat or strongly oppose the idea.

A majority of residents also back outright eliminating fares on public transit buses -- which several RTAs are testing system-wide and the MBTA is piloting on three routes in Boston -- with 78% in support and 16% opposed.

Reducing costs imposed on commuters would cut into the fare revenue the T and RTAs collect at a time when ridership remains well below pre-pandemic levels, a potential impact that Gov. Charlie Baker cited when he vetoed an MBTA low-income fare mandate lawmakers wove into a 2020 transportation bond bill.

The idea could resurface Thursday, when the House plans to debate a $10.4 billion infrastructure bond bill (H 4897).

Boston Mayor Michelle Wu wants free bus service citywide. This is a step in that direction.

Rep. Adrian Madaro, an East Boston Democrat, filed an amendment (#107) that would require the MBTA to launch a new program providing "free or discounted transit fares to qualifying riders on all modes of transportation" it operates. The state's Regional Transit Authority Council could also choose to steer money to each RTA to assist with free or discounted fares.

Top Democrats have not yet signaled if they will support Madaro's proposal, but they have hinted at plans to revive a push for action. Last summer, Transportation Committee Co-chair Rep. William Straus said the topic of low-income fares "is not one that the Legislature is going to walk away from."

And on Tuesday, Senate President Karen Spilka told business leaders the issue could feature on her agenda, too.

"Although I am disappointed the governor vetoed the Senate's attempt to move forward on a low-income fare program at the T and the commuter rail last session, I am looking forward to continuing that conversation with my colleagues in the upcoming transportation bond bill currently moving through the Legislature," Spilka said in her remarks at a Greater Boston Chamber of Commerce event.

While New York City was coming under fire last year for increasing police presence in the subway to deter fare evasion, Kansas City, Missouri, was implementing free public transit, becoming the biggest city in the U.S. to do so. NBCLX contributor Ludwig Hurtado explores how the overhaul has affected KC residents and what it could mean for other cities across the country.

MBTA officials for years have been studying the potential costs and benefits of a low-income fare program, and the agency's previous oversight board voted to advance the idea before it dissolved.

In February, T staff projected that offering a 50% fare discount across the system for riders who earn 200% or less of the federal poverty limit would cost $52 million to $85 million and attract between 49,000 and 89,000 bus and rapid transit riders.

While the MBTA is facing pressure to reduce fares for some riders or make rides free, the agency also faces what some view as a fiscal cliff, is being investigated by the federal government which has mandated costly safety improvements, and confronts a long list of unmet state-of-good-repair needs. There is also a growing movement to expand passenger rail service into western Massachusetts, another costly initiative.

MassINC's new poll of 1,002 residents conducted between June 8 and June 12 also found several other policies that representatives will consider as bond bill amendments are popular with their constituents.

Seventy-three percent of those surveyed said they strongly or somewhat support the Legislature allocating funds to electrify the state's commuter rail system. Converting the mostly diesel-fueled commuter rail network to electricity features in multiple amendments proposed for Thursday's debate, including one from Rep. David LeBoeuf of Worcester seeking $770 million to electrify the Worcester Line (#197) and another from Mattapan Rep. Brandy Fluker Oakley calling for $177 million to complete electrification of the Fairmount Line (#1).

Other amendments that drew the eye of transportation advocates include a Rep. Steven Owens proposal that would require all businesses with 50 or more employees to make pre-tax transportation "fringe benefits" available to their workers (#154) and one from Rep. Jay Livingstone increasing the data-reporting requirements on transportation network companies such as Uber and Lyft (#258).

The House Ways and Means Committee reworked the infrastructure bill before advancing it to include $400 million the MBTA could access to address major safety issues identified in a Federal Transit Administration probe and another $250 million to put toward a western Massachusetts rail expansion.

T riders are now coping with less frequent weekday trains on the Red, Orange and Blue Lines after the FTA's investigation slammed the MBTA for a dispatcher shortage, and one amendment targets regular reporting about the agency's staffing outlook.

The proposal from Rep. Christine Barber (#354) would require the MBTA to file biweekly reports with the Transportation Committee listing "all unfilled jobs by job titles, all the job positions filled in the prior two weeks, and the length of time needed for the completion of any required training after someone has been hired." 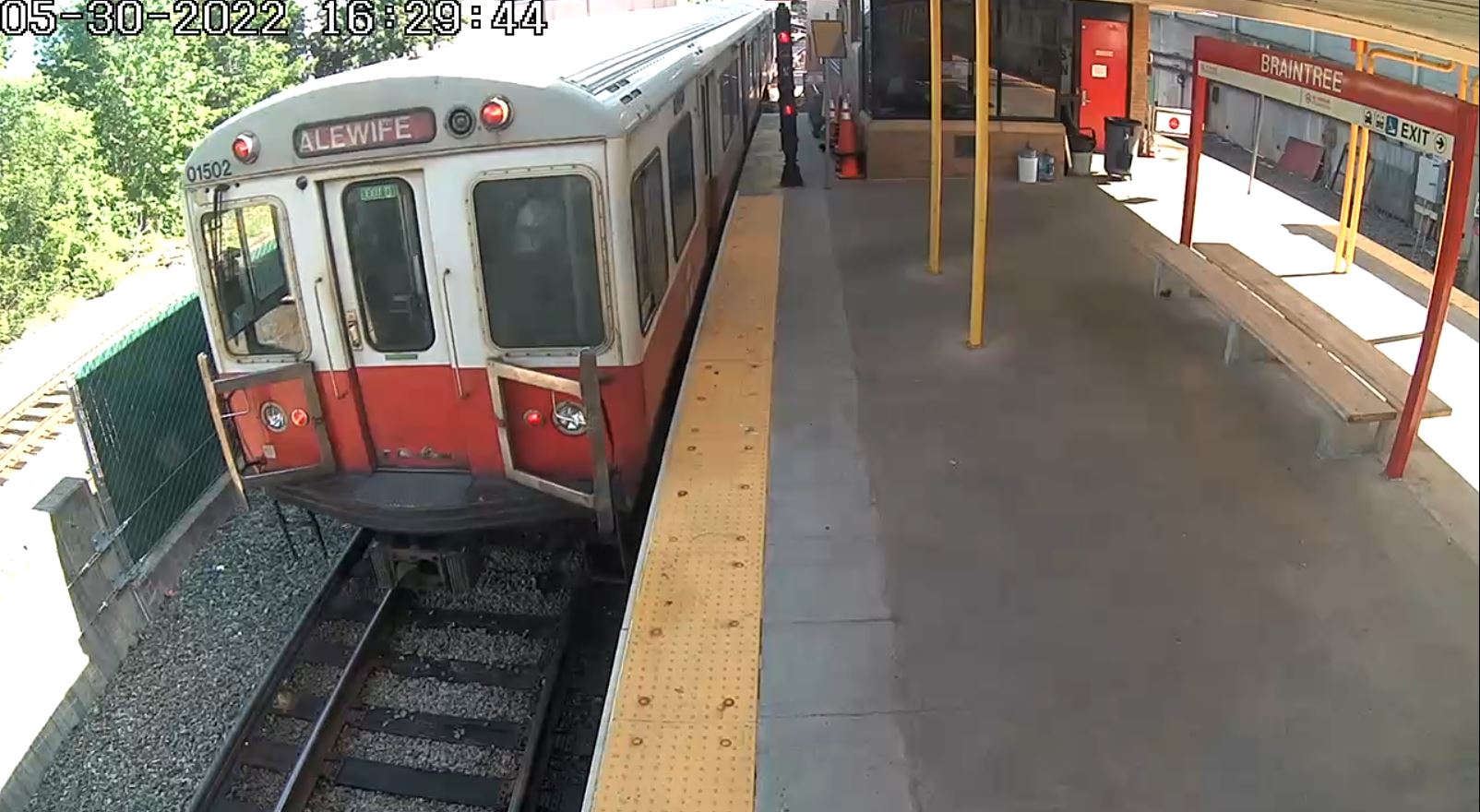 MBTA Board Meets to Address Safety Issues Raised by Feds 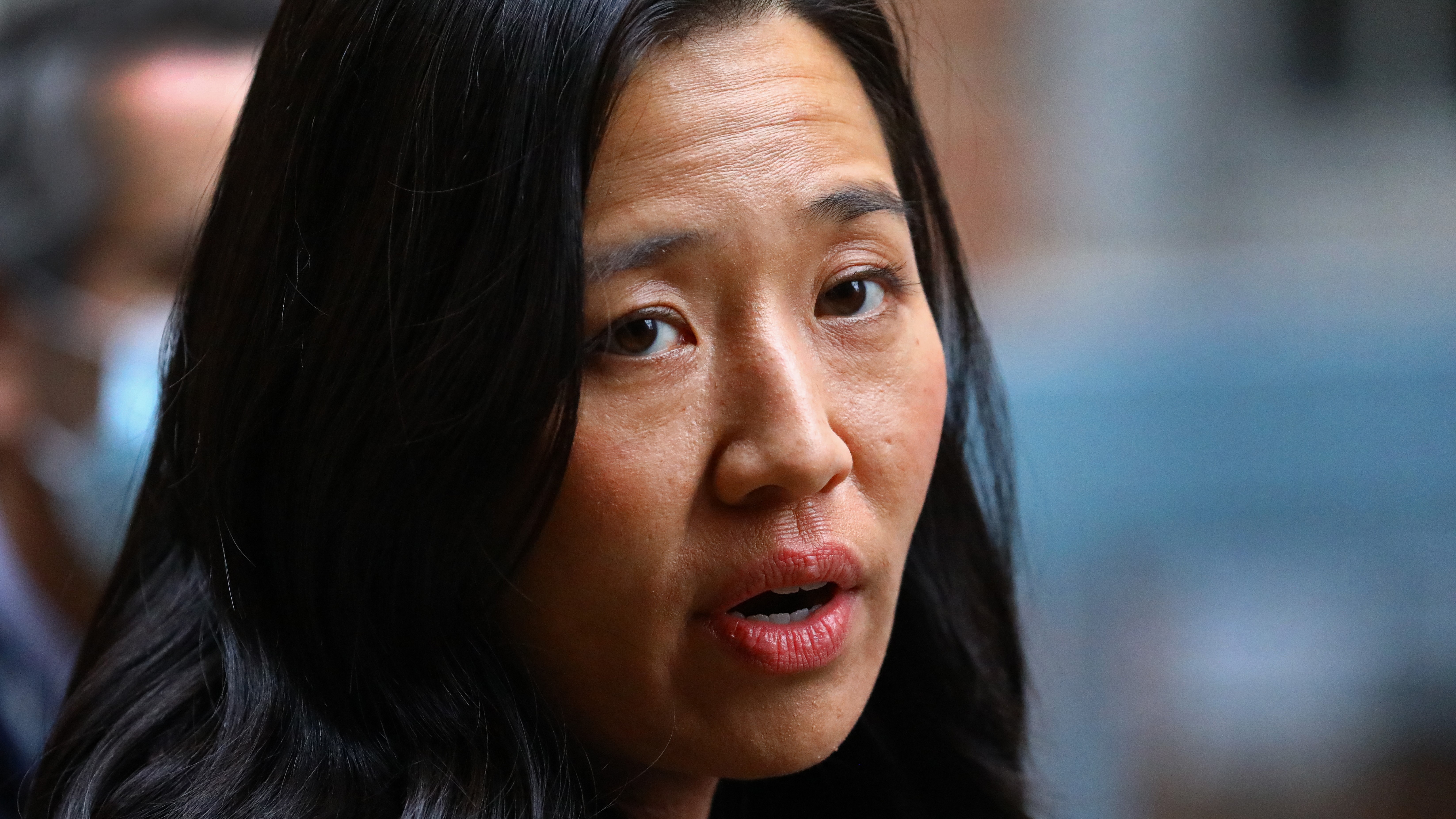